Arsenal face Leeds United in the Premier League on Sunday (4.30pm) with Mikel Arteta hoping Thomas Partey is fit again after the midfielder’s injury during the shock 3-0 defeat to Aston Villa. Arteta is also sweating on the fitness of other players ahead of the trip to Elland Road, and Express Sport is on hand with the latest updates on the Gunners’ casualties.

Thomas Partey did not join up with Ghana during the international break after picking up a thigh injury during Arsenal’s defeat to Aston Villa.

Partey was withdrawn at half-time at the Emirates with Arteta’s side 1-0 down, and things only got worse for the Gunners wih Villa recording an impressive 3-0 victory.

The midfielder stayed in London to recover from his injury and is confident the problem isn’t too serious, according to Goal journalist Charles Watts, speaking on his YouTube channel.

It has not been confirmed whether Partey will be fit to face Leeds, but Arteta will hope the 27-year-old wins his fitness race after he was impressive in Arsenal’s 1-0 win over Manchester United at Old Trafford earlier this month.

Good news on Partey will be especially welcome after his fellow midfielder Mohamed Elneny tested positive for coronavirus while on international duty with Egypt. 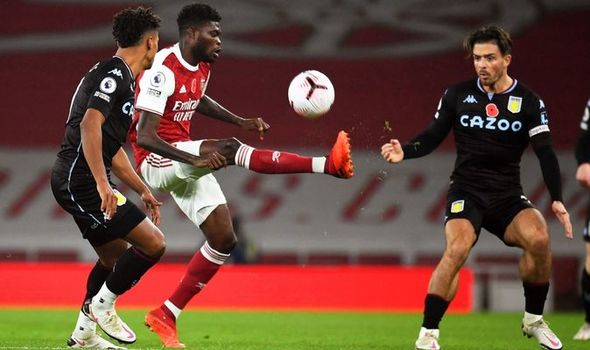 A statement from the Egypt FA said Elneny was asymptomatic, but the midfielder will now need to self-isolate, ruling him out of the Leeds game.

The blow could also mean Elneny misses the Europa League game away to Norwegian side Molde a week on Thursday, while it remains to be seen whether he will available when Arsenal host Wolves on November 29.

In-form Elneny has been enjoying arguably his best spell at Arsenal under Arteta.

Martinelli could be back sooner than expected after being sidelined since June 21 when he suffered a left knee injury during a training session.

The 19-year-old forward has had a successful arthroscopic procedure undertaken to repair a lesion in the cartilage of the left knee.

He was initially ruled out until the end of 2020 but he has been running outside, alongside daily strengthening and recovery programme at London Colney.

Arsenal say the Brazilia has been involved in group sessions and is aiming to return to full training by next month. 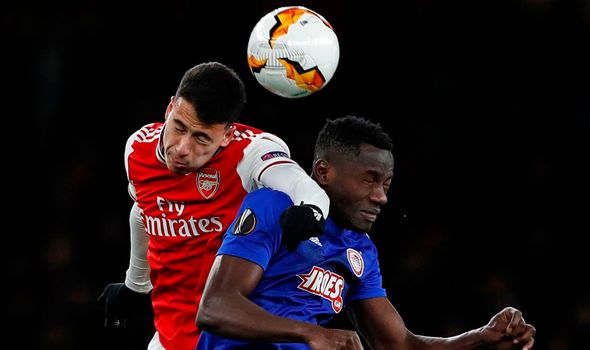 Although not injured, Arsenal fans will be fearing for Tierney aftre his exploits for Scotland over the international break.

Tierney played the full 120 minutes as Scotland went to extra-time and penalties in Serbia to qualify for next summer’s postponed Euro 2020 finals.

He then turned in a man-of-the-match display in Scotland’s 1-0 defeat in Slovakia on Sunday night.

Steve Clarke’s side travel to face Israel on Wednesday – so fatigue could be an biggest issue for Tierney after his lengthy away trips over the past week. 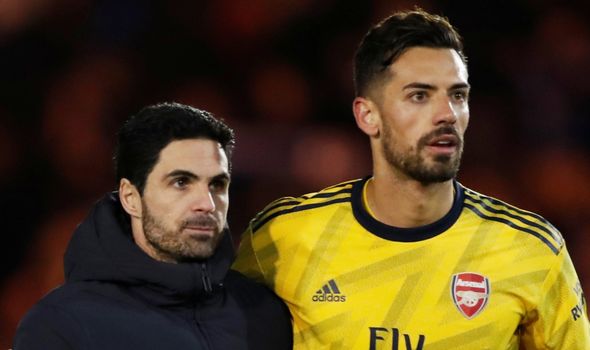 Arteta has not been able to call on Pablo Mari yet this season after the 27-year-old sprained ankle ligaments against Manchester City on June 17.

However, the centre-back is expected to be available soon as Arsenal plan to integrate him back into full training following the current international break.

He has been continuing his outside running and strengthening programme, along with light ball work.

Winger Nelson is recovering from a knee problem and has missed Arsenal’s last two games, including the 4-1 win over Molde in the Europa League and the defeat to Villa. 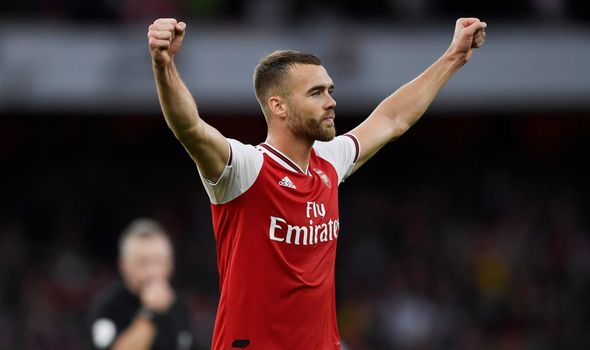 Chambers is another player who has not been available this season, after he ruptured the ACL in his left knee against Chelsea way back on December 29 last year.

However, the 25-year-old is on his way back to full fitness after starting for Arsenal Under-21s in their EFL Trophy tie against Gillingham.

It could be a couple more weeks before the former Southampton defender is ready for first-team action.

He could be available for Arsenal’s clash against Wolves on November 29 – but more likely the Europa League game against Rapid Vienna on December 3.