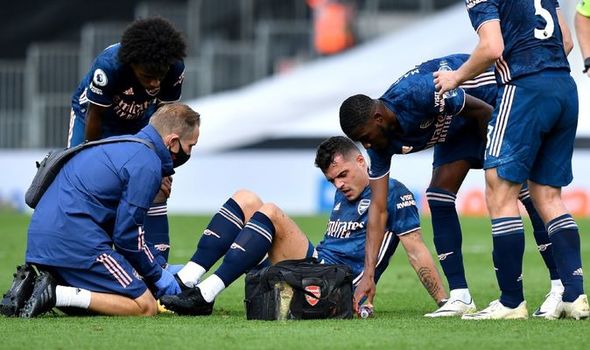 Arsenal may have a number of concerns on their hands ahead of this weekend’s visit of West Ham. Mikel Arteta’s side got off to winning start in the Premier League with a confident 3-0 win over Fulham last week.

Granit Xhaka impressed in that game but had to be substituted with 11 minutes remaining.

The midfielder looked to be carrying an ankle problem so he is a slight doubt for the West Ham clash.

David Luiz missed the Gunners’ Premier League opener with a neck injury and it’s unclear whether he will be ready for the weekend.

An update on the Arsenal website said the Brazilian was “currently being assessed and undergoing treatment with good response”. 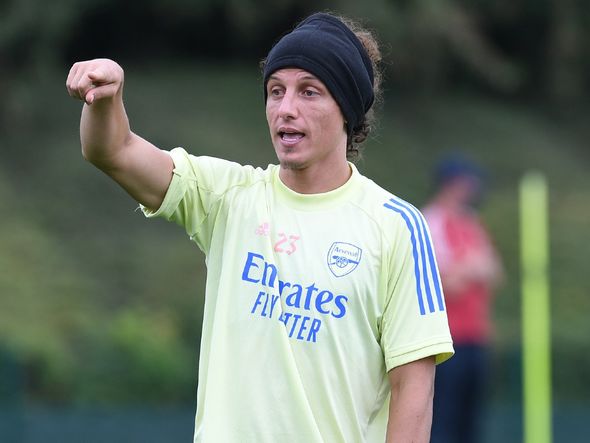 Sokratis Papastathopoulos is another defender who could miss out this weekend.

The club said he sustained a “mild strain to right calf in training”, with an of returning to full training “within the next week”.

Emile Smith Rowe has a shoulder injury but he is due back in training soon.

Arsenal also have some longer-term injuries to deal with. 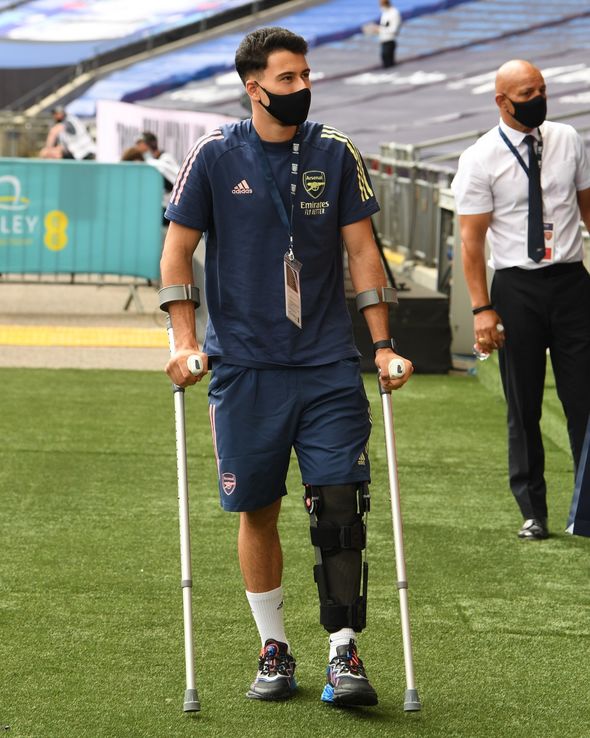 Gabriel Martinelli is still recovering from the knee injury he sustained in training that later required surgery.

Arsenal’s medical staff said the Brazilian “will step up his rehab with the aim of a return to full training by the end of the calendar year”.

Shkodran Mustafi picked up an injury to his right hamstring in their FA Cup semi-final win over Manchester City.

An update on the Gunners’ website reads: “The current focus for the near future will be on indoor work in the pool, treadmill running and gym work. Aiming to return to full training in October.”

However, one player that could be back in contention soon is Pablo Mari, who is close to recovering from an ankle problem.

He sustained the injury during the Premier League away trip to City back in June.

Calum Chambers has sidelined since December with an anterior cruciate ligament injury.

The 25-year-old is due back in full training by the end of the year. 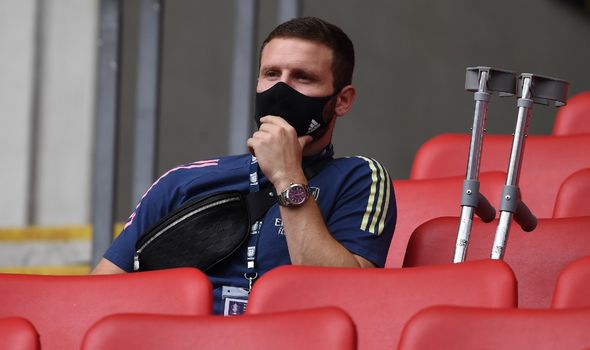