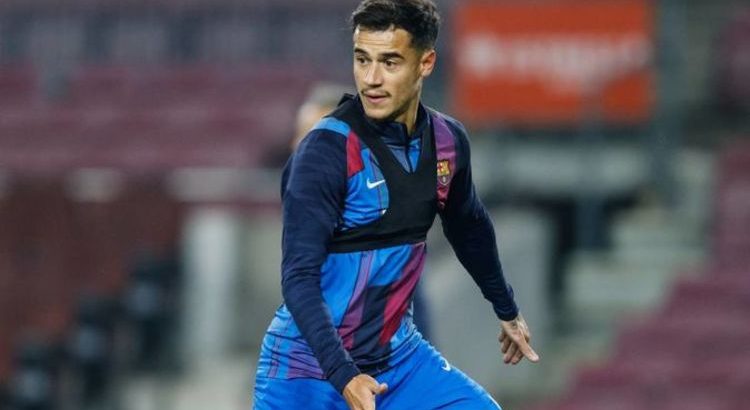 Arsenal are ahead of the likes of Liverpool and Newcastle in the hunt to sign Philippe Coutinho in January, reports suggest. The Gunners have a close relationship with the Barcelona star’s agent Kia Joorabchian.

Barcelona star Coutinho appears to be on the verge of leaving the club with plenty of interest from the Premier League.

Among the clubs keen are Arsenal, Newcastle and Liverpool – but the Gunners are leading the chase thanks to their relationship with his agent.

The Brazilian has long been linked with a Nou Camp exit after failing to impress a succession of managers while also eating up a large chunk of their wage bill.

Xavi is the latest coach through the door that Coutinho has not swayed, with Ronald Koeman, Quique Setien and Ernesto Valverde others to often leave him on the sidelines.

After signing Ferran Torres from Manchester City, Barcelona are desperate to alleviate their wage bill – which could spell a bargain deal for Coutinho.

According to Sport, via Sport Witness, the Blaugrana are prepared to let the playmaker leave on a loan deal and a return to the Premier League is on the cards.

Liverpool are a potential solution – who are keen on adding some creativity to their midfield, which has been overrun in recent weeks.

While Newcastle could also make a move for the 29-year-old as they add to their squad courtesy of their new Saudi owners.

But Sport report that it is Arsenal in the clear for Coutinho’s signature, who have long been interested in the former Reds star.

And that is down to the relationship that his agent Joorabchian has with the north London side.

He even has his own corporate box at the Emirates and has supported them as a child, while plenty of his clients have played there in the past.

Recently, David Luiz and Willian both called the Iranian-born businessman their agent – though the duo have since left Arsenal.

Joorabchian also orchestrated the transfer of Martin Odegaard in the summer – who joined for a relatively-modest fee of £30m.

The 50-year-old has a close relationship with Gunners chief Edu, who is in charge of transfers at the Emirates, while Coutinho has long been on he agenda of his.

But the finances have never suited Arsenal so much as right now, where they can boost their squad for no relative cost as they look to retain fourth spot in the Premier League.