Arsenal boss Mikel Arteta has less than a month to prepare his side for the new season with the Gunners due to face Liverpool in the Community Shield on August 29. But while the Spaniard can be forgiven for feeling exhausted after a long season, he’ll no doubt be eager to add another trophy to his record. And he may have three top players ready to debut in the clash against the Reds if all goes to plan in the transfer window.

Arsenal qualified for the Community Shield with a narrow 2-1 FA Cup final win over Chelsea on Sunday.

The Gunners fell behind early on through Christian Pulisic, who lit up the occasion with a neat finish.

But Arsenal responded through the brilliant Pierre-Emerick Aubameyang, who levelled from the penalty spot after being fouled by Cesar Azpilicueta in the box.

And the Gabon international then landed them the trophy with a fine solo goal late in the game.

Arsenal will now face Liverpool on August 29 in the first match of the new season – and Arteta has less than a month to prepare.

But Express Sport will now take a look at the three players who could sign for the Gunners and make their debut in the upcoming Wembley showdown. 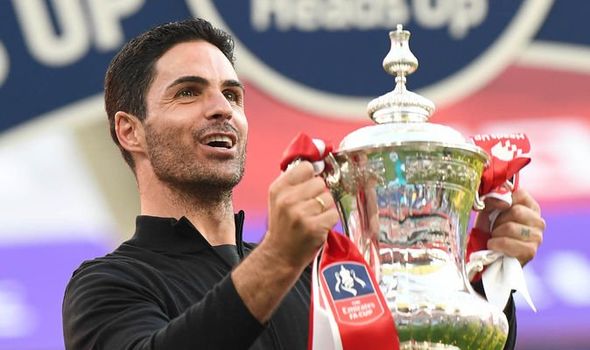 The Champions League final will be played on August 23, just six days before the Community Shield.

That would leave little recovery time but Arsenal are hoping to sign Philippe Coutinho this transfer window and throw him straight into the side for the match against Liverpool.

Tottenham and Chelsea have also been linked with the Brazil international, who has struggled during a loan spell at Bayern Munich this season.

But Arsenal are frontrunners and are confident they’ll be able to bring the playmaker to the Emirates on a temporary basis.

Should that happen then Coutinho could start against Liverpool, who he enjoyed a positive spell with earlier in his career. 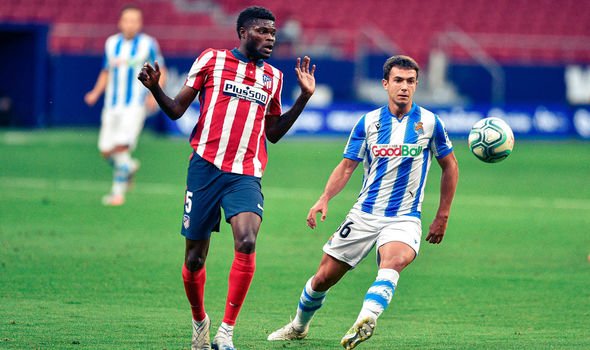 Thomas Partey is another who could be involved in the Champions League until August 23.

But he’s a big Arsenal transfer target and Arteta is hopeful that, though he’s important to Atletico Madrid, he’ll be brought to the English capital.

Arsenal are set to lose Matteo Guendouzi this transfer window with Arteta determined to cut the 21-year-old loose, having grown tired of his attitude and conduct.

And Partey could rock up as his replacement.

He could then form a strong partnership with Dani Ceballos, who was the star of the show against Chelsea on Saturday and whom Arsenal want to sign on loan for another 12 months. 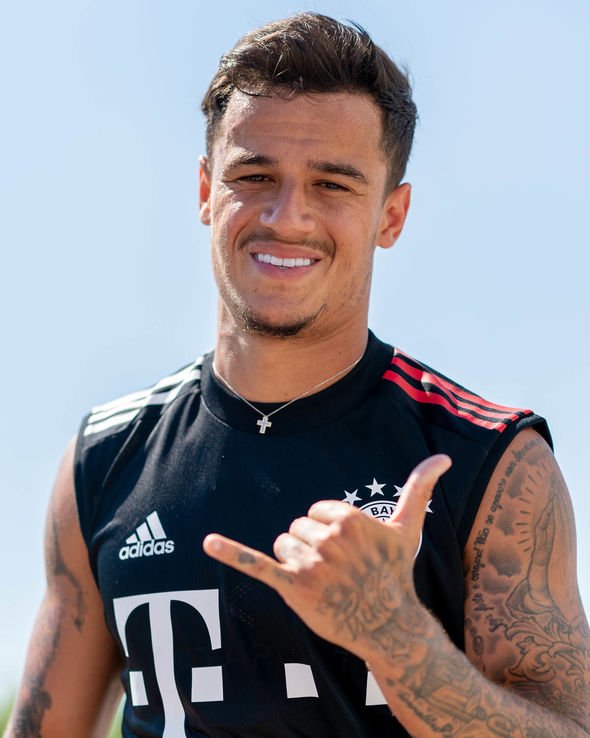 Arsenal do want to sign another centre-back this transfer window amid links to Malang Sarr.

But one player they’ve already landed is William Saliba, who spent the season on loan with St-Etienne having agreed to move to the Emirates a year ago.

Saliba was in attendance as Arsenal beat Chelsea.

And he’s determined to hit the ground running at his new side.

Arsenal could feasibly give him his debut against Liverpool at Wembley later in the month – deploying him alongside either David Luiz or Rob Holding at the back.