Arsenal are reportedly closing in on a £36million deal for Brazil star Everton Soares.

The 23-year-old played an integral role in Brazil’s Copa America success this summer and has attracted interest from several clubs, including Everton.

However, Marca claim the Gremio winger is on the verge of completing a move to the Gunners after the two clubs agreed on a fee. 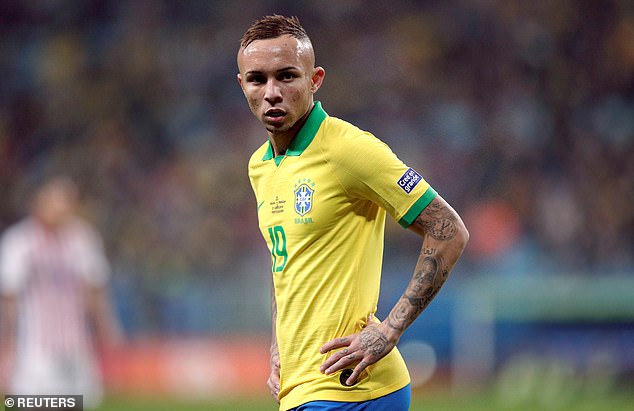 Wilfried Zaha had been Arsenal’s No 1 target this summer but they have been priced out of a move for him with Crystal Palace demanding in excess of £70m for the forward.

Everton, who revealed he had received a lucrative offer from an unnamed club earlier this week, was identified as an ideal cheaper alternative to Zaha by Unai Emery.

Recent reports have fuelled speculation about Everton’s potential move to Arsenal by claiming they sent club doctors out to Brazil this week to conduct a medical while the player’s wife also confirmed that he has begun to learn English.

The winger would be just Arsenal’s second signing of the summer following the arrival of young Brazilian Gabriel Martinelli last month.