Arsenal reportedly shelled out £24million for David Luiz, including a staggering £6million fee paid to intermediaries, as the defender looks set to leave The Gunners after just one season.

The north London club signed the Brazilian defender from rivals Chelsea last summer for a reported £8million fee, in what the club viewed as an astute piece of business, citing Luiz’s leadership attributes.

However, The Athletic reports that the actual figure paid for Luiz’s one season at the Premier League club amounts to a far more sizeable figure. 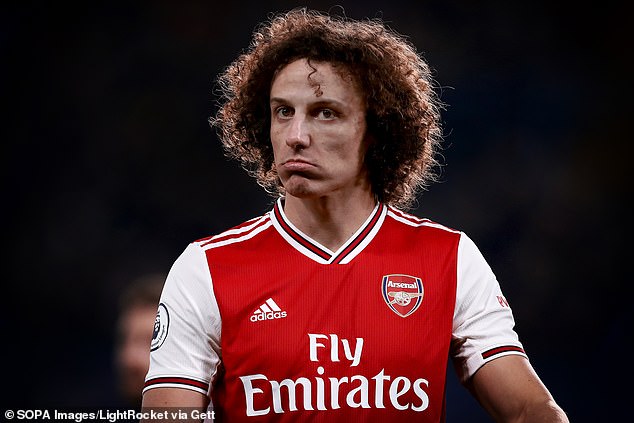 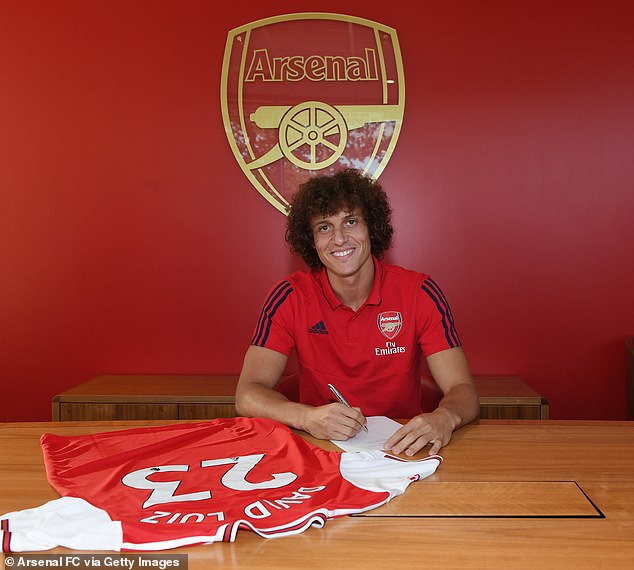 According to The Athletic, Luiz’s agents were paid £6m for their part in his transfer last year

Arsenal paid the initial £8million fee to Chelsea, and then a further £6million to ‘fixers’ who did the work necessary to bring the deal together.

On top of that, the club have paid Luiz £10million in wages over the course of the season, meaning that the total spent on the 33-year-old amounts to £24million.

At the time of his signing, Arsenal were in desperate need of defensive reinforcements heading into the 2019-20 campaign. They had lost club captain Laurent Koscielny after the Frenchman joined Bordeaux, and the club were looking for a figure of Koscielny’s stature to fill that void.

That, coupled with the relatively cheap transfer fee of £8million, left Luiz’s intermediaries in a strong negotiating position to earn a big pay day. 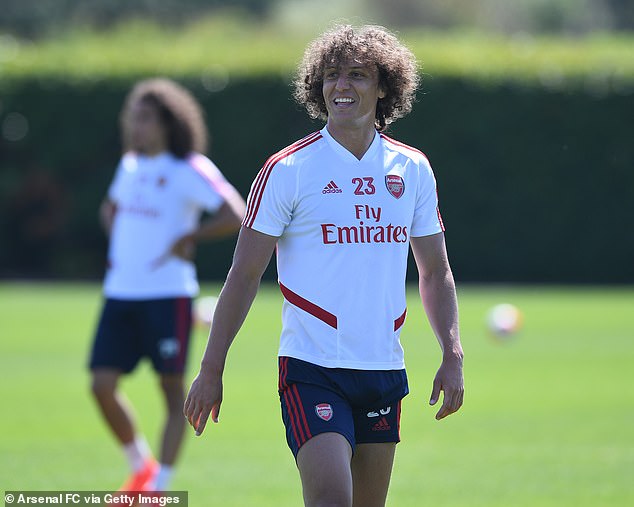 That, on top of his £10m salary, means The Gunners have shelled out £24m for him this season

Luiz’s spell in north London hasn’t been all that fruitful, though, with the defender showcasing the lapses in concentration that has seen him at times become a weak point in the back four.

The Gunners are languishing in ninth place and look unlikely to achieve Champions League football next season, which would be their third season outside of European football’s elite competition.

Arsenal are hesitant to extend Luiz’s contract as a result of financial pressures the club is facing. Another year without the Champions League, as well as the economic hardship inflicted by the coronavirus crisis, leaves The Gunners in a tricky position.

And the Brazilian has expressed his desire to leave this summer, saying he wishes to return to Portuguese side Benfica, with whom he played before joining Chelsea in 2011. 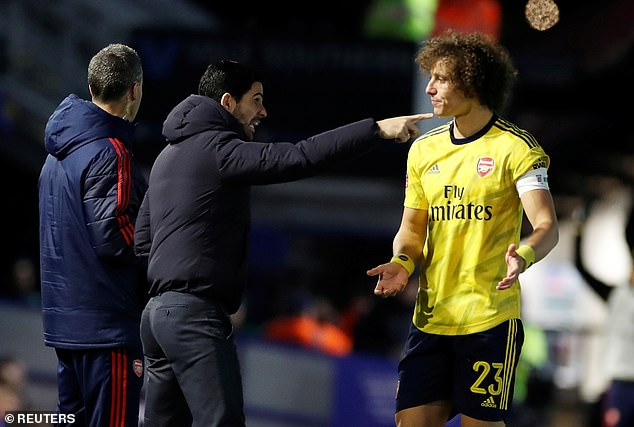 Luiz has been unable to shore up Arsenal’s leaky defence, with the club languishing in 9th

‘My dream is to end my career at Benfica,’ he added. ‘When, I don’t know, but it will happen… it will, if President Vieira allows me and if the fans want me to come back. It will be one of the most beautiful moments of my career.’

A move to Portugal is unlikely to involve the same levels of money shelled out by The Gunners, with Benfica’s £32,000-per-week salary cap significantly lower than Luiz’s current £120,000-per-week wage.