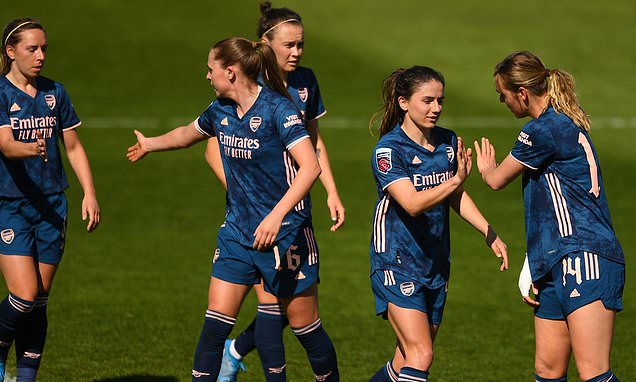 Arsenal put on a show for Joe! Gunners hit four past Bristol City to keep Champions League bid on track as emotional Montemurro hopes to go out on a high after announcing he will leave the club at the end of the season

Arsenal’s title challenge fell apart in February when they were beaten 2-1 by Manchester City. That was when manager Joe Montemurro decided he would leave the club at the end of the season, announcing his decision earlier this week.

The Australian said he would be taking a ‘professional break’ to spend more time with his family but there is a sense that this is the right moment for both parties to start new journeys.

Arsenal’s victory over Bristol City and Manchester United’s 1-0 defeat by Brighton keeps the Gunners on course to secure third place and Champions League football. It was a happy end to a tough week for Montemurro. 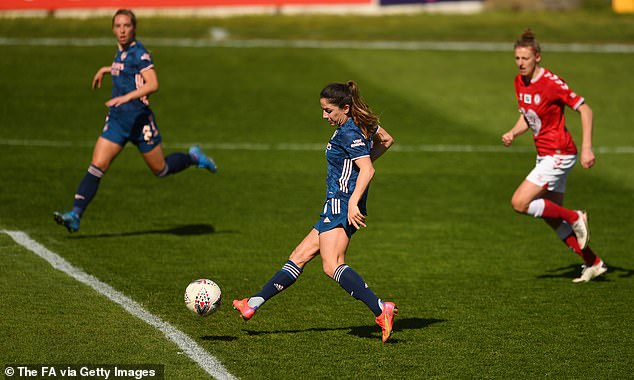 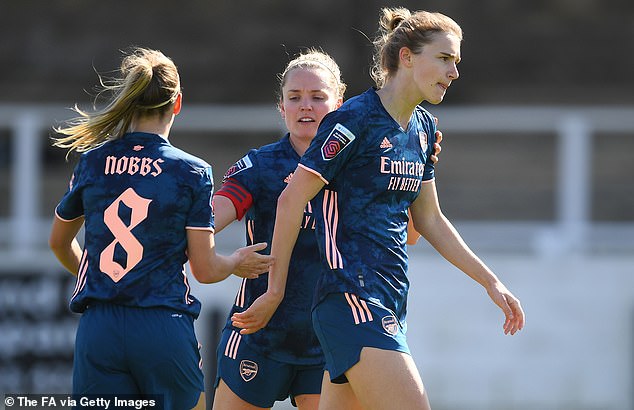 ‘It’s always pleasing to get a game like today where we controlled what we wanted to do,’ said Montemurro.

‘It’s been both an emotional week and a difficult week but also one where it’s been quite positive in terms of where we’re heading and the future.’

Arsenal set the standard for women’s football under Vic Akers — the kitman for the men’s team — from 1987-2009, becoming the first and only English team to win the Champions League in 2007.

Laura Harvey took over in 2010 and won three consecutive league titles, two League Cups and an FA Cup in her two and a half years in charge.

But Arsenal’s dominance slipped, and when Montemurro, now 51, arrived in November 2017, they were sixth in the WSL and had not won a title since 2012. His task was to get the club challenging Manchester City and Chelsea again.

Within 18 months he achieved that, with Arsenal crowned champions in his first full season. The Gunners were dominant, finishing seven points ahead of City and 12 clear of Chelsea. Both City and Chelsea tried to overhaul Arsenal’s superiority by strengthening their squad and they have spent big.

Chelsea broke the bank to land the Aussie Sam Kerr before the addition of record signing Pernille Harder last summer, the most expensive female footballer after her move from Wolfsburg. 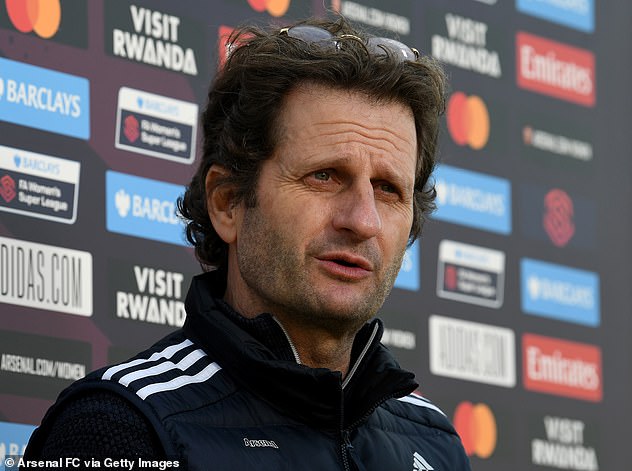 Arsenal’s budget is significantly lower than their main competitors’ and they find themselves in a similar position to when Montemurro took over, only now there is the added challenge from Manchester United.

But the Gunners’ squad is still talented with players such as Leah Williamson having come through the academy. Montemurro also likes working with a smaller group but problems have arisen with a number of players suffering injuries.

Such was the concern, Montemurro launched an investigation into the club’s training practices.

The chasing pack have had similar issues but the strength in depth is evident. United boss Casey Stoney went as far as to say Chelsea could field two starting XIs if they wanted to.

That is why United and Arsenal have slipped out of the title race. For United, who were only established three years ago, third place would be a success, but for Arsenal it is the minimum expectation. 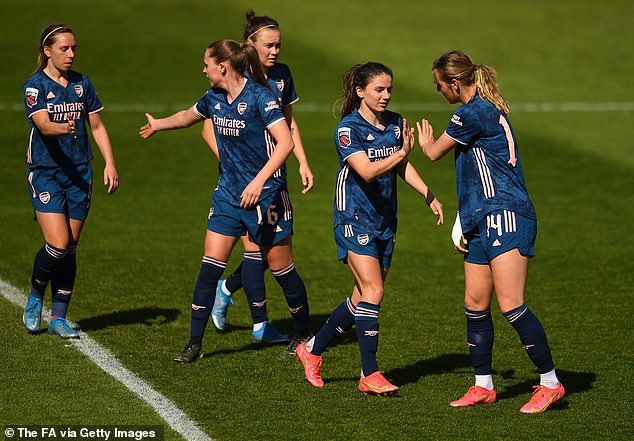 Their victory at Bristol took them level on points with United with a game in hand and a vastly superior goal difference.

A typical Arsenal move saw them break the deadlock after just four minutes; Jill Roord playing a one-two with Danielle van de Donk before playing in Vivianne Miedema to finish inside the box.

The striker then set up Van de Donk for a tap-in to make it 2-0 just before half-time. Beth Mead’s deflected strike in the 63rd minute made it 3-0 before Miedema added a fourth shortly after.