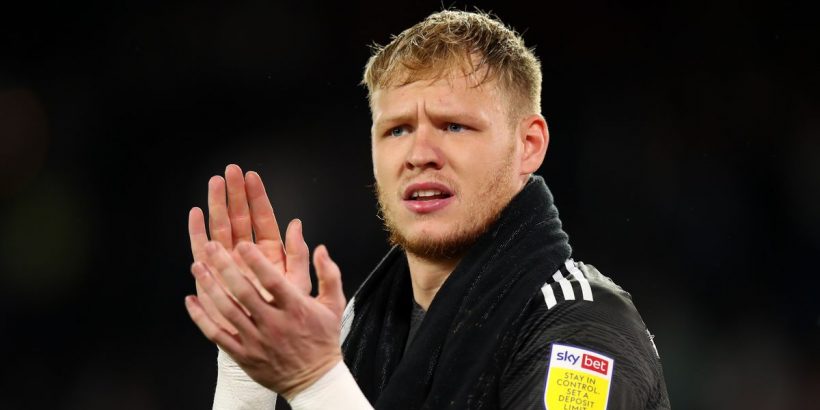 Negotiations appeared to have brought to a grinding halt for the Englishman earlier this month over his £35m fee.

But ‘mediations’ between representatives of the club have seen them revive the deal, which has seen a new figure emerge.

Another player that has been a long-term target is Manuel Locatelli, with the North London side entering a transfer battle with Juventus.

But the Serie A giants have made a late move which would scupper Mikel Arteta’s plans.

These two deals, along with an update on their James Maddison pursuit, form the focus of Daily Star Sport’s Arsenal transfer round-up…

The Gunners are still looking to bring in a new goalkeeper this summer, with Bern Leno and Alex Runarsson their only senior options.

And this had seen them get deep into negotiations with Sheffield United for Ramsdale before talks broke down earlier this month due to his fee.

But The Athletic have reported that the North London side are back in talks, with ‘mediations’ seeing the Championship side reduce the shot-stopper’s fee to £24m.

Who do you think Arsenal should sign? Let us know in the comments section.

Arsenal were lured to the Italian midfielder for his role in the Euro 2020 win over the summer, with Sassuolo pushing his price up.

They expected competition from Juventus – and received some hope when Massimliiano Allegri expressed he was happy with the squad earlier this month.

But Italian outlet Tuttosport have reported that the Old Lady have swooped in with a £26m offer, set to rise through add-ons.

Locatelli would join initially on loan with an option to make the deal permanent.

A transfer for Leicester’s No.10 would mark the biggest signing of the summer for the Gunners, with his value placed at £60m.

But this fee would also be part of the problem for Arsenal, according to reports earlier this month.

The AFC Bell , though, have reported that the North London side are not giving up in their pursuit of the Englishman while also chasing Martin Odegaard.