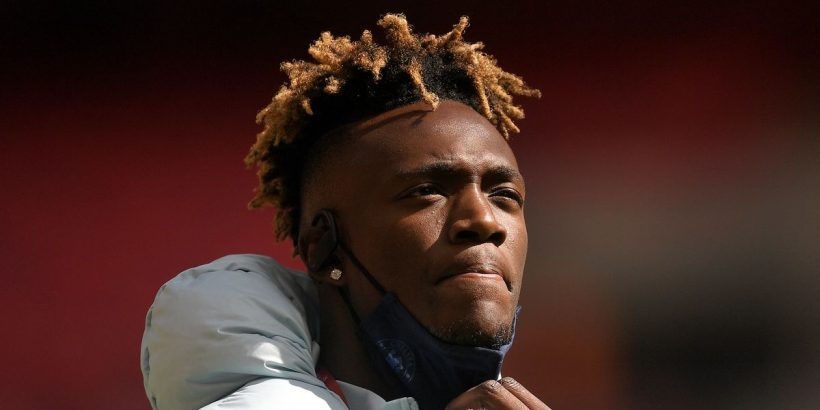 The 23-year-old is available for transfer this summer after falling out of favour under Thomas Tuchel.

Abraham was a firm favourite under Frank Lampard, making 25 appearances last season prior to the manager's dismissal in January.

After Tuchel's arrival, he was selected just seven times, making only two appearances in the final three months of the campaign.

All roads point towards a Stamford Bridge exit for the England international, and it's Arsenal who are leading the way to sign the wantaway star.

The Sun report Chelsea are prepared to let Abraham join Arsenal on-loan with an obligation to buy should the striker reach a set amount of appearances.

West Ham and Spurs are interested in the forward, but his £40million asking price is proving to be a significant stumbling block.

Abraham's exit would provide a huge boost for Tuchel, who is looking to shift the star's £80,000-a-week salary off the wage bill to help with financing other areas of his squad.

Do you think Arsenal should sign Tammy Abraham Let us know in the comments section.

Chelsea have kept their powder dry in the transfer market so far, but that could be set to change in the coming weeks and months.

The club's striker situation is of most concern for Tuchel as he bids to overhaul Manchester City at the top of the Premier League.

Borussia Dortmund star Erling Haaland is the name top of Chelsea's transfer list but it seems unlikely the Norwegian will move away this summer.

That leaves the Blues stepping up plans to sign old boy Romelu Lukaku from Inter Milan.

A move for Lukaku wouldn't come cheap and could see the Blues wait a further 12 months to compete for Haaland, whose release clause becomes active in 2022.