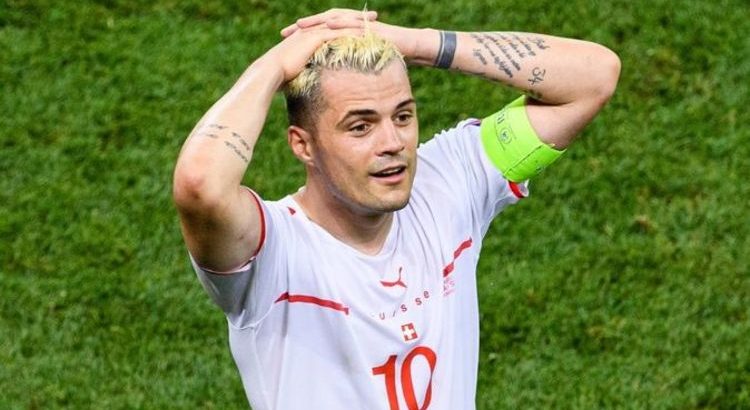 Juventus are reportedly planning to hijack Roma’s move for Granit Xhaka, reports in Italy claim. The Gunners midfielder is expected to depart the Emirates Stadium after the tournament and has already agreed personal terms ahead of his potential move to the Stadio Olimpico.

Xhaka has just two years remaining on his current contract in north London with all parties now in agreement that this could be the right time to move on.

The player himself has already made it clear that he intends to join Roma in the coming weeks.

“Arsenal know what I want to do… it is very beautiful here [in Rome],” Xhaka recently said when quizzed about the transfer rumours.

Yet Roma have been forced to wait to conclude the deal due to Switzerland’s progress at Euro 2020. 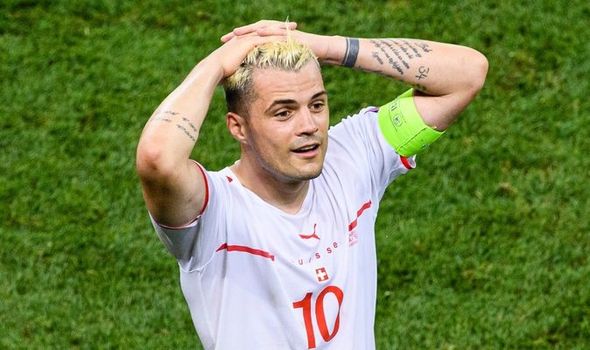 Last night, Xhaka was excellent for his country as they stunned France to defeat them on penalties after a 3-3 draw in Bucharest.

According to Calciomercato in Italy, Xhaka’s performance has encouraged Juventus to launch a late move for his services.

It’s reported that the Bianconeri are set to turn their attentions to Xhaka should they struggle to secure the signing of Manuel Locatelli.

The Sassuolo maestro caught the eye in Italy’s opening wins over Turkey and Switzerland at Euro 2020 but has since lost his place in Roberto Mancini’s side to Marco Verratti.

Roma will now be hoping they can get the deal in place as soon as possible.

As it stands, they have offered just £10.3million with a further £3m in add-ons.

Arsenal want more than that and have told them to raise their offer.

Speaking last night, Xhaka found it hard to keep his emotions in check after Switzerland’s stunning comeback against the world champions. 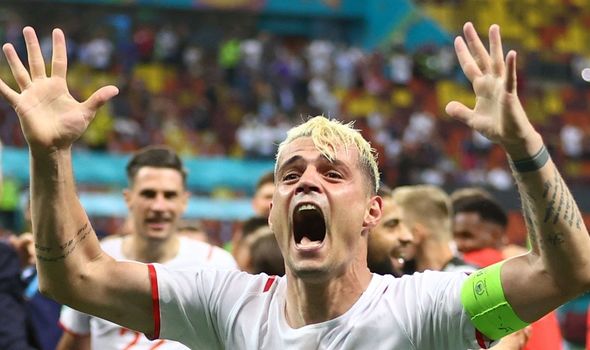 “Sorry to say this word, but it’s f*cking amazing, man,” Xhaka told UEFA. “We can make the score 2-0 and finish the game but the penalty we missed breaks us a little bit.

“After 3-1, to come back like this against France, to show big character, this team is f*cking amazing, man.”

Arsenal are hoping to bring in Anderlecht midfielder Albert Sambi Lokonga on a permanent deal.

The Gunners have submitted a second improved offer for the Belgian, who has already agreed terms ahead of a move.