Martin Odegaard could push for a permanent move to Arsenal this summer if Zinedine Zidane keeps his job at Real Madrid, according to reports. The 22-year-old has impressed for the Gunners since joining on a six-month loan deal in January, making 12 appearances in all competitions including eight starts.

Odegaard was signed with the hope of addressing Arsenal’s lack of creativity this season, and the Norway international has delivered thus far while chipping in with a couple of important goals in the process.

He scored from outside the box to give the Gunners the lead in their Europa League first-leg clash with Olympiakos, before finding the net against bitter rivals Tottenham in the north London derby win three days later.

His performances have led to speculation that Arsenal could look to sign the playmaker on a permanent basis at the end of the season, with Zidane failing to provide him with ample game time during the first half of the campaign.

Arsenal have been linked with the likes of Houssem Aouar and Isco since last year in the search for an effective replacement for Mesut Ozil, but are believed to be keen on keeping Odegaard at the club beyond the summer transfer window.

Of course, a move would depend on the wishes of his parent club and the player himself, but there have been suggestions that he could push through a permanent transfer if Zidane is still in charge during pre-season. 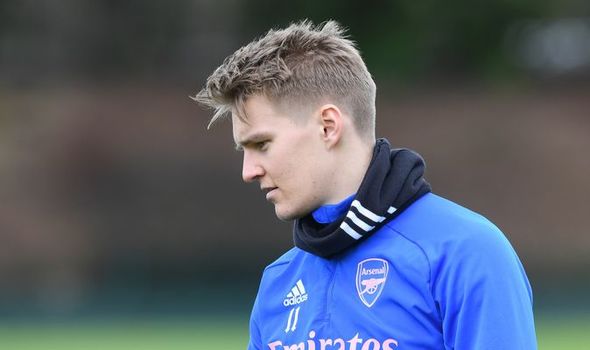 Eurosport already revealed last month that Odegaard would not be willing to return to the Spanish capital with the Frenchman at the helm, after the pair’s relationship was tested in the months prior to his Arsenal loan.

The midfielder grew frustrated with his lack of action for Real, and demanded a move in order to play regular first-team football, but Zidane tried without success to convince him to stay and fight for his place.

The latter’s future at the club appears to be uncertain, with the Spanish giants enduring a lacklustre campaign to date.

Real currently sit third in La Liga, six points behind leaders and cross-city rivals Atletico Madrid, and were dumped out of the Copa Del Rey by minnows Alcoyano in January. 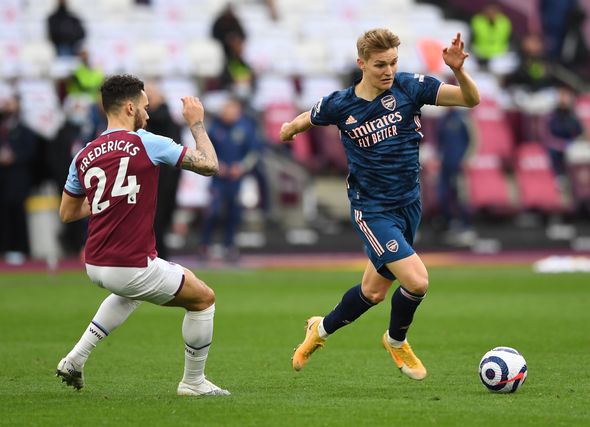 Zidane has also been criticised for his failure to integrate youth talent into the senior side, with talented full-back Achraf Hakimi forced to seek pastures new last summer as a result of his lack of opportunities at the Santiago Bernabeu.

A season without silverware would likely spell the end of the road for Zidane, which could lead to Odegaard’s return to the fold.

However, the report also claims that he is aware of Arsenal’s desire to keep him, and would be more than happy to remain in north London if the opportunity arises.

Mikel Arteta sang Odegaard’s praises on Sunday after he helped his side to snatch a point at West Ham United, with the Gunners successfully coming back from three goals down to claim a hard-earned draw.

“The way he steps on the pitch, he always wants the ball, the way he commands the pressing, he’s been really influential,” the Spaniard told reporters after the final whistle. 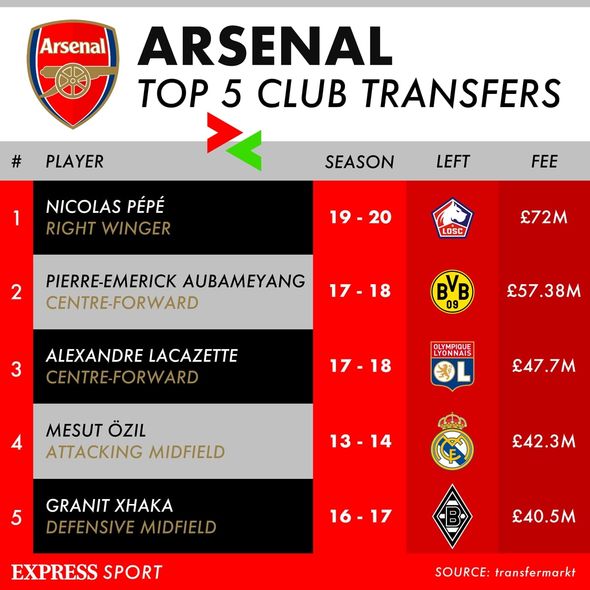 “I think we’ve all been a bit surprised because he looks really shy and humble, but when he steps on that pitch he’s a real character and he loves to play football.

“I think he was very intelligent the way he read the game, the way he affected the game and again he showed how much he wanted to win.

“When everyone was a little trembling he gave us that stability and that composure on the ball and he created chance after chance.

“I love talented and creative players that all the time are willing to take the ball and make that happen, that they are mobile and as well hard working. He is one of them.” 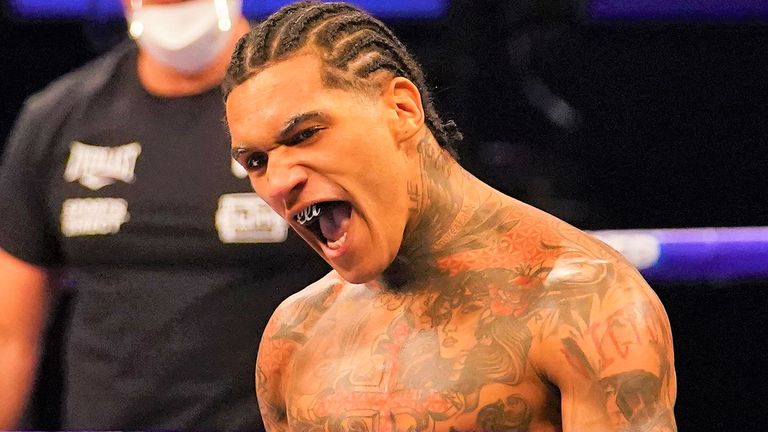