Arsenal striker Pierre-Emerick Aubameyang looks “fed up” and has the “hump”, according to Andy Townsend. Aubameyang has been Arsenal’s main source of goals ever since joining from Borussia Dortmund in 2018.

And he started the season with a goal in the win over Fulham before penning a new three-year contract at the Emirates.

But the Gabon international has failed to score from open play in the league since.

He did score from the penalty spot in the recent 1-0 win over Manchester United.

However, he was once again an isolated figure for Arsenal in Sunday’s 3-0 defeat to Aston Villa.

JUST IN: Jack Wilshere would snub Tottenham offer despite having no club 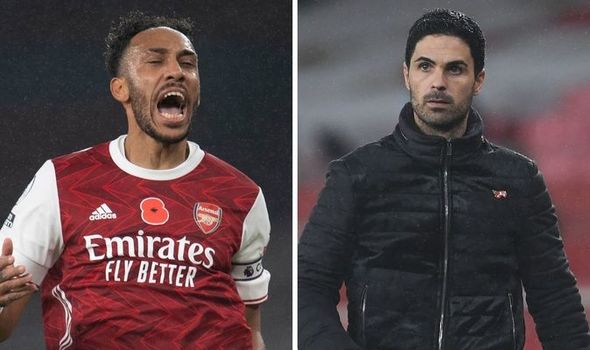 Mikel Arteta moved Aubameyang to play out wide when he took charge at Arsenal and it appeared to work in the second half of last season.

But Townsend believes Aubameyang is growing frustrated at not being the main man in the middle.

“When I see a shrug and when I see players looking like they’re not that bothered, particularly with their forward players.

Chris Sutton delivers verdict on whether Arsenal should sack Arteta

“The skipper, looks to me like he’s got the hump and he’s fed up with being wide-left one minute, wide-right the next, maybe up the middle now and again.

“He’s probably thinking: ‘Hold on a minute, I’m the one that has just pen to paper on a new deal.

“‘I’m the main man, I’m your skipper. I’ve got more goals in me than anybody else in this club and yet I’m the one flicking it into the box for others to get on the end of it’.”

Alexandre Lacazette has been given the responsibility of playing through the middle and he started the season in brilliant form with three goals in as many games. 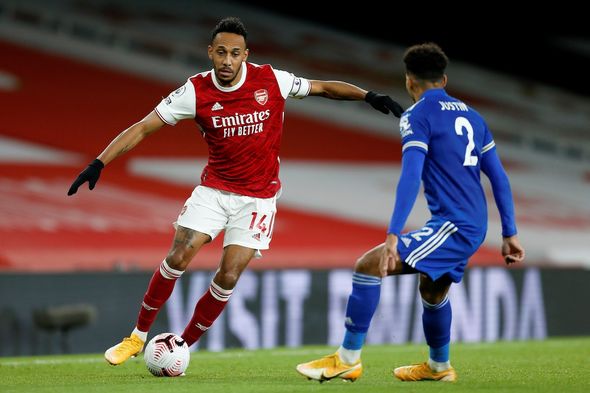 But he’s looked out of sorts in recent weeks and Townsend doubts whether the Frenchman is the right man for Arsenal going forward.

“Lacazette is one of those players to me that, I think, technically, he’s a bit short of being up there with some of the best strikers in the division,” he added.

“And yesterday, he looked to me like it was a moan and a shrug, every time the ball didn’t quite get to him.

“You want to see people, busting a gut and breaking their neck to make something happen.

“He had a great chance with his head – why he didn’t jump up and stick it in the net, I don’t know.”