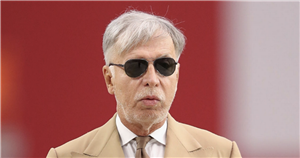 Arsenal fans’ takeover dreams have been dashed again as the Kroenke are set to reject a second bid from Daniel Ek.

The Spotify owner was set to launch a bid worth £2bn for the Gunners, having failed in his first offer last month at £1.8bn.

And the Swede had, according to the Mail, not been put off and was willing to plug more cash into the bid as he 'wants to get a deal done'.

But the Mirror have reported that Stan Kroenke, the owner who has been involved at the club since 2007, is set to reject a new offer from Ek and his consortium of Gunners legends Thierry Henry, Dennis Bergkamp and Patrick Vieira. And the American is ready for a long battle with the Spotify co-founder.

Ek made an offer last month for the club at £1.8bn after expressing his desire to buy during the protests against the European Super League.

Despite the disappointment of the first bid being rejected, the Swede was prepared to go 'north of £2bn' and looked to get fans on side with supporter ownership.

Do you think Daniel Ek would be a good owner for Arsenal? Let us know in the comments section.

Despite the consortium also being prepared to battle for a long time, the report states that Kroenke also feels the same way.

The Swedish billionaire, believed to be worth £3.4bn according to Forbes, has been very public in his desire to buy the club.

Speaking to CNBC in April , the media mogul said: “I’m very serious, I have secured the funds for it and I want to bring a very compelling offer to the owners and I hope they hear me out. “I certainly didn’t expect this will happen overnight and I prepared for this to be a long journey.

“I’ve been an Arsenal fan since I was eight years old.

“As I look at that, I see a tremendous opportunity to set a real mission for the club, to bring it back to its glory.

“I want to establish trust with fans and I want to engage the fans again.”

READ MORE:Arsenal fans love new kit – but vow not to buy it in Kroenke protest