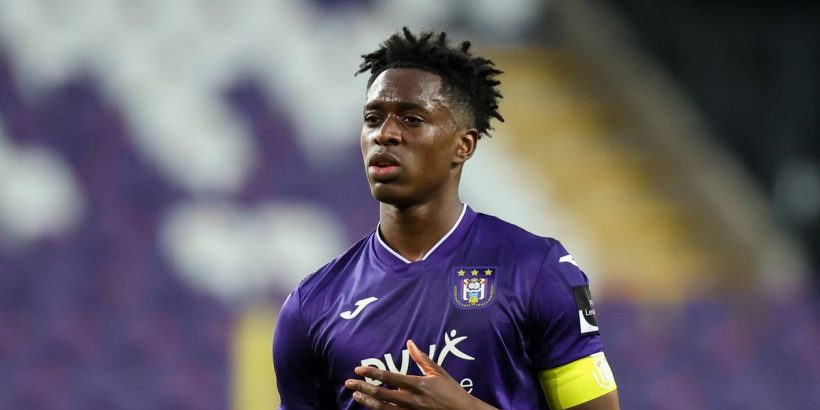 Anderlecht midfielder Sambi Lokonga is not expected to return for pre-season training amid talk of a potential move to Arsenal, according to reports in Belgium.

Mikel Arteta is on the hunt for a new central midfielder after seeing Dani Ceballos and Martin Odegaard return to Real Madrid this summer.

Granit Xhaka is also set to depart the Emirates and move to Roma, while Lucas Torreira is understood to be heading to Lazio.

The Gunners have therefore pinpointed Lokonga, 21, as a top transfer target ahead of the summer window – and it seems Anderlecht have already begun preparing for his departure.

According to Belgian newspaper HLN, the youngster is not expected to show up for the start of Anderlecht's pre-season schedule, with a 'definitive breakthrough' in his potential switch to Arsenal rumoured to be close.

It is believed Anderlecht are demanding around £17million for their star midfielder, whose preference is to head to north London despite interest from certain Serie A clubs.

Do you think Arsenal will finish in the Premier League top four next season? Let us know in the comments section below.

Lokonga is a product of the Belgian club's academy, making his senior debut back in December 2017.

The Brussels-born ace has since racked up another 68 appearances, scoring twice.

He is not the only player on Arsenal's radar ahead of the summer window, nevertheless, with reports suggesting they have made two bids for Brighton defender Ben White. The Seagulls are refusing to budge on their £50million-plus asking price, turning down an offer as high as £45million.

Should they increase that offer and prise White away from the south coast, The Times claim Rob Holding could be shown the door.

Holding proved a key member of Arteta's side last term, but White's arrival would push him further down the pecking order.

Arteta is expected to undergo a squad revamp at the Emirates this summer as he looks to bring Arsenal back into European competitions next season.