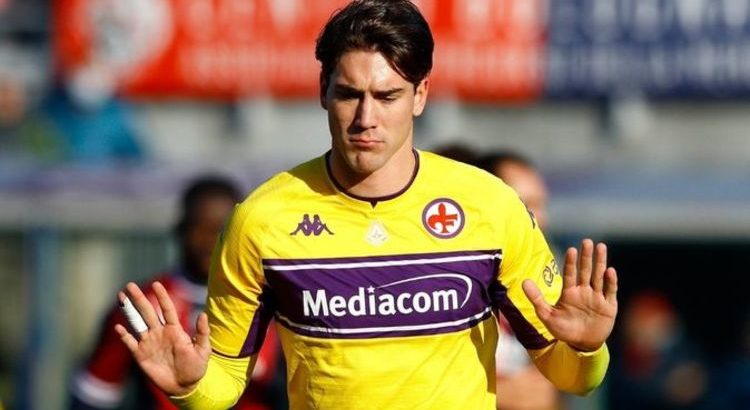 Guardiola: 'Many things can happen' in Premier League race

Fiorentina would prefer to sell Dusan Vlahovic to Premier League over striking a deal with Juventus in a major boost for Arsenal, Tottenham and Manchester City, it has emerged. The development has spiced up the race for the Serbian, who is one of the biggest names on the market in January.

Vlahovic was the subject of a bumper offer from Atletico Madrid in the summer but the bid was rejected by Fiorentina.

La Viola were in fact optimistic they could convince Vlahovic to sign a new contract but talks broke down earlier this season.

Now Fiorentina are keen to cash in before his current deal expires in 2023.

It means they will entertain offers for the prolific 21-year-old as soon as January, as they seek to receive a fee in the region of £70million.

VOTE FOR YOUR PREMIER LEAGUE PLAYER OF THE YEAR HERE

Juventus and Inter Milan are also understood to be eyeing a swoop for Serie A’s newest poster boy but according to Italian football expert James Horncastle, Fiorentina would prefer to sell to a Premier League club.

He said on BT Sport: “Juventus have been linked with Dusan Vlahovic, the Fiorentina striker, who is the top scorer at the moment with Ciro Immobile.

“But the kind of money that would take, I think that’s beyond them.”

Presenter James Richardson then added: “Is that more likely when his contract expires at the end of this season?”

Before Horncastle continued: “It’s the end of 2023 but Juventus as we’ve seen, they have been able to do business with Fiorentina.

“In recent years, Federico Chiesa and Federico Bernardeschi for example.

“Fiorentina’s preference is always not to sell to Juventus because of the rivalry between them.

“Ultimately, if Vlahovic is to go, Fiorentina would prefer to sell to the Premier League.”

Tottenham are believed to be the most serious English club about signing Vlahovic.

The plan would be to pair him in attack with Harry Kane, as opposed to signing him as Kane’s potential replacement.

Arsenal are also keen, however, the player’s agent Darko Ristic is no longer answering the phone to the Gunners according to the Italian press.