Arsenal have had their opening bid for Houssem Aouar rejected by Lyon. President Jean-Michel Aulas has claimed the Gunners will have to pay a lot more if they’re serious about signing the Frenchman.

He tweeted in response to reports of the £32million bid: “For Houssem, Arsenal is too far from his value: we are counting on him to play a great match in Lorient and lead OL in CL next year.”

Arsenal are expected to up their offer too, given that several fringe players look set to leave the club.

That includes Lucas Torreira, who is in talks with Atletico Madrid over a potential move to La Liga, as he looks to follow Luis Suarez to the Wanda Metropolitano. 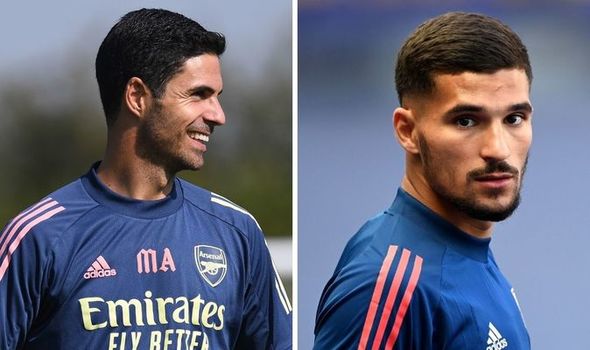 Should Arsenal cough up enough cash to entice Lyon into selling Aouar, his arrival in north London could push three players closer to the exit door.

The first is Mohamed Elneny, despite the fact Arteta has been clear he rates the Egyptian.

He impressed in the Community Shield against Liverpool and on the opening day of the Premier League season against Fulham.

Yet despite that, he found himself on the bench for the 2-1 win against West Ham. Something Arteta felt guilty about: “Mo [Elneny] he deserved to play again today but I wanted to rotate,” he said after the 2-1 win over the Hammers.

“It was a game that we had to attack their smaller spaces and the way they defend, to create situations with Dani [Ceballos] in there. We are going to try and strengthen the team until the market is done.”

Ceballos is already ahead of Elneny in the midfield pecking order, while Granit Xhaka remains a mainstay.

There has been strong interest in Elneny from Turkey and if Aouar entered the fray, he could be a play that Edu sells to bolster the transfer kitty.

Even further down the pecking order is Joe Willock, despite a few glimpses of his potential since the arrival of Arteta. 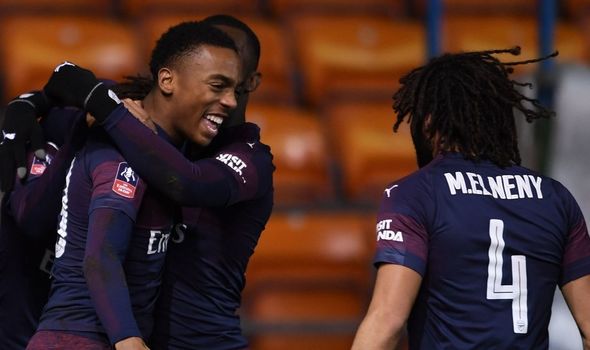 A loan spell looks like it could be beneficial for the 21-year-old, who first burst onto the scene under Unai Emery.

Willock will see positives in the fact Arteta now prefers him to bad boy Matteo Guendouzi.

He is yet to leave the club but his future at the Emirates Stadium already looks bleak, even before the potential arrival of Aouar.

Arsenal have explored the possibility of offloading him to Lyon as part of a player-plus-deal.

That was turned away by Juninho but nonetheless, Guendouzi looks like the perfect makeweight for Arteta as he looks to bring France international Aouar to the club as part of his exciting project.