Arsenal’s win over Molde on Thursday evening could well have helped Mikel Arteta make his mind up heading into the January transfer window. The Gunners were in poor form heading into the Europa League clash, winning just one of their previous five league games.

They’ve also been lacking in goals of late but more worrying for Arteta will be the fact they’ve struggled to create chances.

Arteta has opted to rest the Gabon international in the Europa League group stages so far though, opting to give a number of other forwards opportunities. 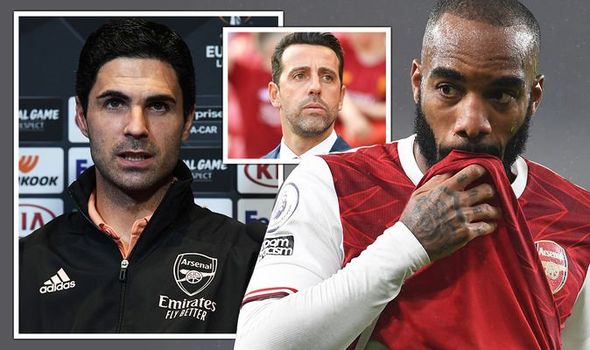 But the Frenchman has looked far from his best this campaign and was once again on the periphery in Arsenal’s win over Molde.

The 29-year-old has 18 months left on his contract at Arsenal and he’s done little to convince Arsenal’s board of a new contract.

Against Molde, the likes of Eddie Nketiah, Reiss Nelson and Nicolas Pepe and all looked more of a threat going forward with the latter two finding the net.

Dominik Szoboszlai and summer target Houssem Aouar are reportedly top of their wishlist.

And cashing in on Lacazette now may make perfect sense in order to help get the players Arteta wants.

According to Transfermarkt, Lacazette is valued at £38million.

Arsenal are also set to listen to offers for defensive duo Shkodran Mustafi and Sokratis, who together have a value of £15m. 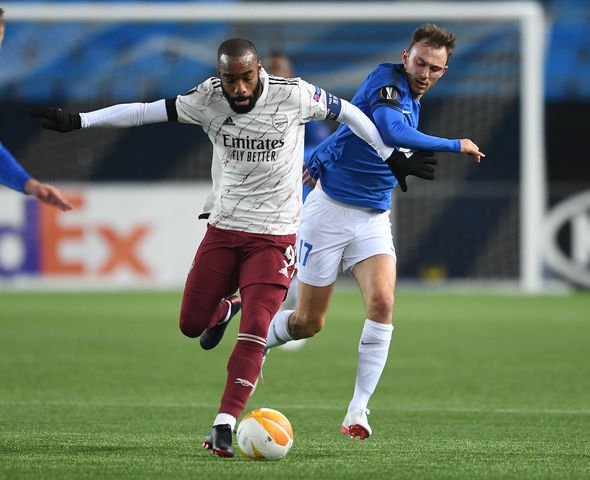 Lyon were said to be demanding around £45m for Aouar in the summer while Szoboszlai is available for £22.5m.

Lacazette did attract plenty of attention in the summer transfer window, but Arsenal wanted to keep him at the club.

But the Gunners will be running out of time to cash in on Lacazette before his value begins to drop even more.