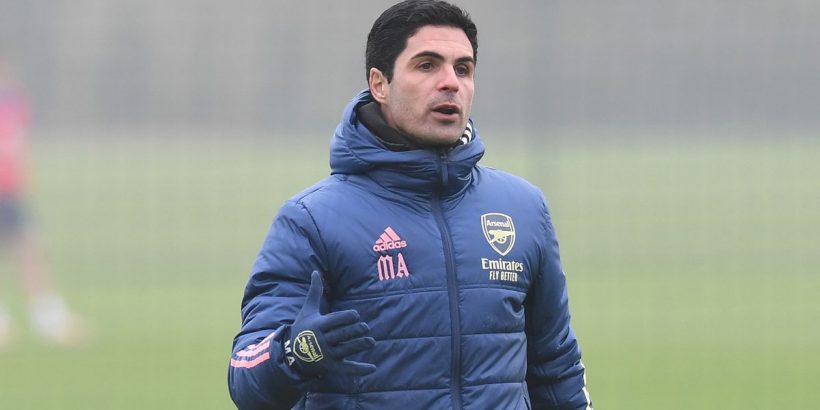 Arsenal manager Mikel Arteta has begun overhauling his side as he aims to guide the Gunners away from the Premier League relegation zone.

The clear-out started yesterday with Sead Kolasnic joining Bundesliga side Schalke on loan, and Arteta more than hinting others will follow the Bosnian through the exit door.

Arteta’s side have struggled in the top-flight this season, but have experienced a revival over Christmas, beating Chelsea and Brighton.

But the need for reinforcements, and departures, is clear as the Spaniard seeks to stamp his vision on the team.

The Spanish midfielder has lost his place in Arteta’s team to Granit Xhaka and Mohamed Elneny, with star summer signing Thomas Partey nearing a return from injury.

Ceballos has made eight starts in the top flight this season, registering only one assist, with Madrid manager Zinedine Zidane contemplating cutting short the 24-year-old’s stay in the capital.

He would not be short of suitors should he return to Los Blancos, with AC Milan one of the teams reported to be interested in a loan move for the midfielder.

Hertha Berlin have given permission to Omar Rekik to complete a medical at Arsenal, report Bild.

The highly-rated defender is yet to make his first-team debut for the Bundesliga side, and Rekik would link up with the Gunners’ under 23s should he make the move to London.

Rekik teased fans earlier this month by posting a photo at an airport with London tagged as the location.

Having scored just 16 goals so far this season, Arsenal are in desperate need of creative help.

And according to Sport Bild reporter Christian Falk, that could be coming in the form of Borussia Dortmund’s Julian Brandt.

The German, who has mainly been deployed on the left wing in his career, has the ability to play in a number of attacking positions.

The German starred at Bayer Leverkusen, but has struggled to replicate that form for Dortmund, starting only six Bundesliga games this season.

And Falk has claimed that Arteta’s players have already started talking about Brandt as a potential arrival.