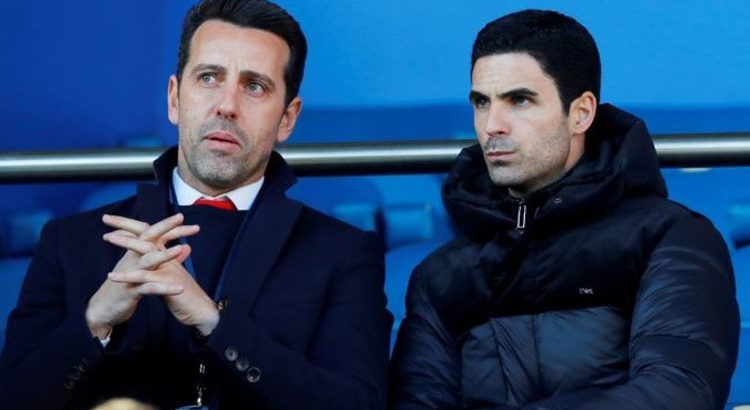 Arsenal transfer target Andre Onana has been given the green light to leave Ajax in the January transfer window amid doubts over the future of Bernd Leno. Former Gunners winger Marc Overmars, the Dutch club’s director of football, has admitted the goalkeeper is unlikely to sign a new contract.

Arsenal were linked with a move for Onana during the summer, as Mikel Arteta and Edu searched for another option to provide competition to Bernd Leno.

They eventually signed Aaron Ramsdale from Sheffeld United – but are expected to target another goalkeeper with Leno’s contract due to expire at the end of the season.

Onana is also out of contract next summer – meaning the Cameroon keeper could strike a pre-contract agreement with the Gunners or another club outside the Netherlands from January.

And Ajax chief Overmars has opened the door to a move in the New Year as the Eredivisie giants look to recoup some cash.

JUST IN: Chelsea have been accused of blocking Arsenal’s transfer plans

“You never know in football, but the way I see it now, I don’t see that happening anytime soon,” the former Premier League title-winner told Ajax TV.

“It is possible that he will leave in the winter, but that must yield a decent amount. It must go both ways. If the amount is not sufficient, then [he can leave] in July for nothing.”

Onana is currently banned until November due to a doping violation.

The 25-year-old was originally suspended for 12 months by Uefa back in February, but had his ban reduced to nine months by the Court of Arbitration for Sport.

He was found to have the banned substance furosemide in his urine after an out of competition check on October 30 last year.

Onana said he had accidentally taken a pill containing the substance after mistaking his wife’s medicine for aspirin, and asked for the ban to be overturned rather than reduced.

His ban will end on November 4, meaning he could play for Cameroon when they host the Africa Cup of Nations in January.

But Overmars said he will initially train with Ajax’s youth team to regain fitness once his ban is lifted – adding that the club had “moved on” following the keeper’s enforced absence.

“The question, for now, is whether he will earn a spot with the first team in the long term.

“We have now moved on without him and have recruited two keepers during his suspension.

“Both an experienced and a talented one, the latter being one with an eye on the future. The team has already started the season and is in the process of teambuilding.”

Onana is also attracting interest from Serie A champions Inter Milan, according to reports from Italy.