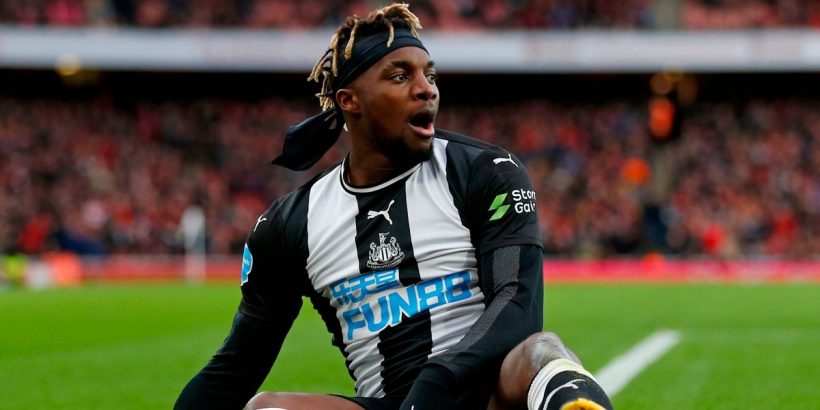 Arsenal have been urged to go and sign Allan Saint-Maximin from Newcastle this summer while Mikel Arteta has been told he will need four new arrivals this summer.

The Spaniard has been keen to put his own stamp on the squad since his arrival, moving on the high earners and bringing in several young players to earmark a new era. Last year, over £150million was spent on the likes of Ben White, Aaron Ramsdale, Martin Odegaard and Albert Sambi Lokonga.

But that spending is not expected to stop this summer where the Gunners want to bolster the squad further with plans already in place to bring in two strikers, a midfielder and a defender. Several players have been linked including Gabriel Jesus, Youri Tielemans and Aaron Hickey in what promises to be a busy summer.

However, former Arsenal star Emmanuel Petit has given his verdict on who his old club should target – naming Saint-Maximin as the ideal target to arrive in north London in the transfer window. He told Genting Casino: “I've heard big names as well, Jesus, Sterling, I really like Zaha, or even someone like Saint-Maximin from Newcastle.

"Martinelli is a very good player, just like Saka, but when they get injured, who's going to play on the left and right? There are no options, they need at least four players, at least two up front.”

Saint-Maximin has already been quite vocal over his own future after admitting that there are several clubs looking to snap him up this summer. At Newcastle, he has forged a close relationship with the fans and he was keen to state that he has no plans on leaving the Toon anytime soon.

“To be honest, right now I don’t see myself leaving Newcastle,” the attacker said. “After that, there are a lot of things that can change. Several big clubs approached me for a future transfer.

“These are clubs that did not come for me when I was in Nice. Newcastle came at a very important time in my career. They gave me a lot of confidence. I am a very grateful person.

“That’s why, moreover, even at times when it could be very complicated for the club, like last season, I decided not to leave so that I had the chance. I feel good here.”