Arsenal have been urged to sell Alexandre Lacazette this summer to help fund a move for Thomas Partey, because they have Eddie Nketiah ready to replace his role in the first team. That’s the verdict of Gunners legend Ray Parlour.

Mikel Arteta is eager to bring Atletico Madrid holder Partey to the Emirates to strengthen the spine of his side but cannot afford the player’s £45million release clause.

Reports have claimed that Arsenal have had multiple player-plus-cash bids rejected with Atletico holding out for the release clause in cash if they are to lose the Ghanaian.

Diego Simeone is desperate to keep hold of the 27-year-old and has long had an offer of an extension on the table which would double Partey’s wages and also take the fee to prise him away from the Wanda Metropolitano to over £90m.

But Parlour thinks the north London outfit should sacrifice Lacazette, who fell below Nketiah in the pecking order towards the end of the season despite starting the FA Cup final win over Chelsea.

Academy graduate Nketiah, 21, returned from a loan spell with Leeds in January and impressed Arteta with his work rate up top, making seven Premier League starts. 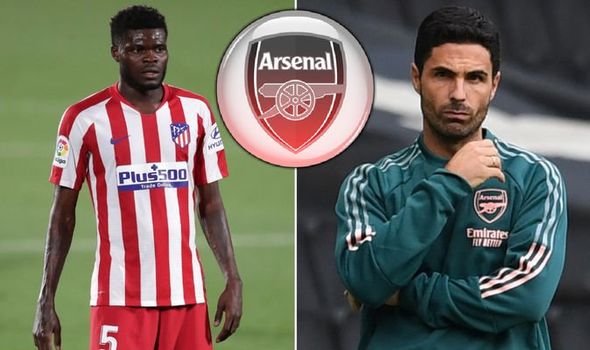 And with Lacazette having entered the final two years of his Arsenal contract, there has been constant speculation over his future with Atletico and Juventus among the clubs who like the Frenchman.

The Daily Star even said that Arsenal will sell the 29-year-old for around £30m to Atletico once Pierre-Emerick Aubameyang’s new three-year, £250,000-a-week deal is officially confirmed.

And Parlour believes Arteta can afford to offload Lacazette and raise funds for transfer targets like Partey thanks to the blossoming Nketiah, who is expected to play an important role in the upcoming campaign, the manager’s first full season in charge.

“Lacazette will be the one, the asset,” former Arsenal and England midfielder Parlour, who won three league titles and four FA Cups, told talkSPORT.

“You look at the assets they’ve got, there isn’t many really. They’ve got Aubameyang, but with him you’re not going to get as much as you’d like because, currently, he’s only got a year left on his contract.

“Probably the asset will be Lacazette. I know Juventus were interested in maybe buying him. Sometimes you have to lose a player to bring players in. You do need to freshen up the dressing room.

“I like Lacazette, he’s a decent player, but we have Eddie Nketiah and it’s all about whether he can step up now and improve as a centre-forward.

“That’s what Arteta will be looking at in training, ‘is he good enough to play week-in week-out as a striker?’

“Probably not at the moment, but he can improve and probably can do in a couple of years’ time.”

Discussing his plans for the rest of the window, Arteta insists he is optimistic Arsenal can more deals done.

Thus far, Arsenal have signed Pablo Mari, Cedric Soares and Willian, while centre-back Gabriel Magalhaes is due to join from Lille in the next few days in a deal for up to £27million.

“I’m confident we’re going to do everything we can together to achieve the target we had [for] before October 6,” the Spanish coach told journalists ahead of Arsenal’s Community Shield meeting with Liverpool this Saturday (4.30pm kick-off).

“If we are not able to do that it’s because we couldn’t reach that level or somebody beat us with our planning.

“It’s very clear what we want to do, we are aiming for that and hopefully we can achieve it or get really close to achieving it.” 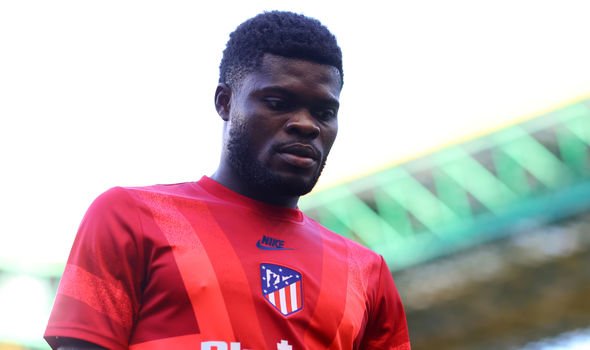 Arteta added on the incoming Gabriel: “We are trying to finalise a deal. That’s what I can tell you at the moment.

“When we get it I will be very pleased. You all know that he’s a player that we’ve followed for a long time and hopefully we can get it done.

“We’re very determined that it was the right profile for us to improve our squad. If we are able to finalise it, we will be delighted.

“Everything is OK when both parties sign, the club and the player agrees the terms and he goes through the medical.

“Sometimes that in the last final stages is not as easy as it looks, but again we are pretty positive that we can do it.”