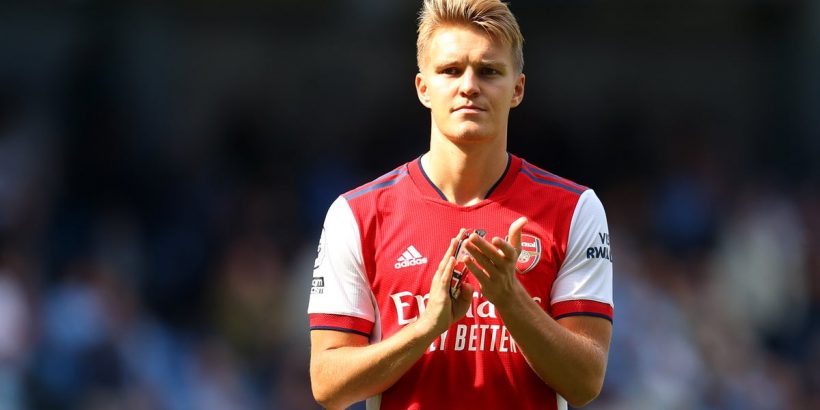 Arsenal will look to pick up their first Premier League points of the season when they welcome Norwich to the Emirates today.

The club have made their worst ever start to a Premier League season under manager Mikel Arteta, who is already under pressure after Arsenal lost their first three matches to Brentford, Chelsea and Manchester City before the international break.

Newly-promoted Norwich are also yet to get off the mark on their return to the top flight. Daniel Farke’s side were comprehensively beaten in their opening games to Liverpool and City before they conceded late to suffer a 2-1 defeat at home to Leicester.

Both clubs were active on transfer deadline day, with the Gunners signing Japan international right back Takehiro Tomiyasu from Bologna and the Canaries adding Turkey centre back Ozan Kabak on loan from Schalke.

Here’s all you need to know ahead of the match this afternoon.

The match will kick-off at 3pm BST on Saturday 11 September.

The match is not being shown live in the UK.

Arsenal could be boosted by the returns of Thomas Partey and Gabriel Magalhaes from injury, while Ben White and Emile Smith Rowe are set to be available after recovering from illness.

Midfielder Partey and centre back Gabriel are yet to play this season but returned to training during the international break. New signing White has not featured since he made his debut in the 2-0 defeat to Brentford on the opening night of the season after contracting Covid-19 but has now fully recovered, as has Smith Rowe who did not join up with England’s under 21s due to a non-Covid illness.

Granit Xhaka is suspended after he was sent off in the 5-0 defeat to City, which means Albert Sambi Lokonga should return to the midfield as Mohamed Elneny is out with an injury. Tomiyasu is unlikely to feature as he has been away on international duty with Japan since signing from Bologna.

Unless any of their players have returned from international duty with injuries, Norwich manager Daniel Farke has no further injury concerns ahead of the trip to the Emirates. New signing Christos Tzolis remains out with a calf injury while Ozan Kabak is set to be unavailable as he has been away on international duty with Turkey since singing on loan from Schalke.

While it takes some convincing to confidently back Arsenal at the moment, a home fixture against Norwich – on paper – looks like an ideal opportunity to get off the mark in the Premier League this season. Martin Odegaard should have a lot more joy this week that he did on his second debut away at City, and his combinations with Smith Rowe and Bukayo Saka should create plenty of opportunities for striker Pierre-Emerick Aubameyang to get up and running in the league as well. The return of Gabriel, if fit, is a boost to a defence that has looked fragile in his absence this season. Arsenal 3-0 Norwich