Liverpool, Manchester City and Manchester United would all “take” Pierre-Emerick Aubameyang in their team believes Glen Johnson as he urged Arsenal to do their all to tie the FA Cup final hero down to a new deal.

Aubameyang, having delivered a brace in the semi-final against City, scored twice in Sunday’s final at Wembley to get the better of Chelsea.

The Gabon international scored a brilliant second in which he lofted a left-foot dink over Willy Caballero after getting the better of Kurt Zouma inside the box to drive towards the near post.

The 31-year-old’s two-goal display delivered his first trophy since joining Arsenal in January 2018 having been a losing finalist in the Carabao Cup and Europa League in the past two campaigns.

It saw him end the campaign on 29 goals from 44 games with his overall record in north London reading a sublime 70 goals and 15 assists in just 109 appearances across all competitions.

Having now secured Europa League for next season and the extra finances that come with it, Arsenal’s priority will be getting Aubameyang to put pen to paper on a new deal. 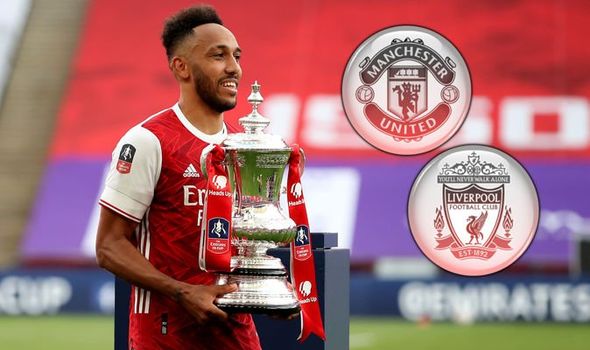 The Gunners’ top scorer’s current deal expires in less than 12 months’ time, leaving Arsenal vulnerable to bids below his valuation this summer or the possibility of losing him for free next year.

As Mikel Arteta looks to rebuild the squad, neither possibility is one he will want.

While the sale of Aubameyang could raise good cash for Arsenal, his importance to Arteta’s team and his world-class goalscoring abilities make him virtually irreplaceable.

And were he available at a low price in the coming months or for nothing next summer, former Chelsea and Liverpool full-back Johnson reckons all of the Premier League’s top three – including champions Liverpool and City, who boast a wealth of attacking options – would take Aubameyang.

Losing their talisman to their direct rivals would only increase the gap between Arsenal and the English top-flight’s top teams, having finished 43 points behind first place in the campaign just concluded. 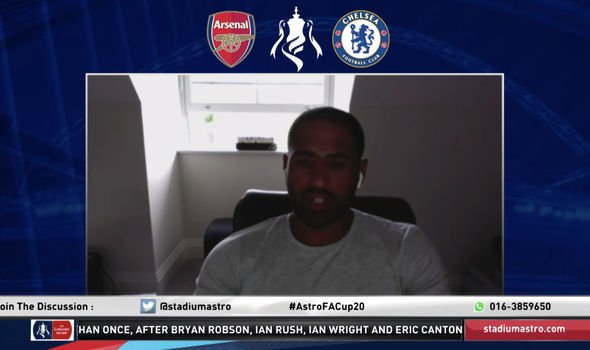 “I think there’s two different equations – if you’re Arsenal Football Club you have to do anything possible to keep hold of him.

“As Aubameyang, he’s 30, and Arsenal aren’t winning the league in the next four years. That’s a fact, they’re miles away from it.

“So in four years’ time, Aubameyang is not going to be the same player.

“For him personally, if he wants to win trophies – it sounds silly after them winning the FA Cup of course, but trophies like the league or playing in the Champions League then of course he needs to move on.

“But he seems to enjoy his football there, and these strikers are hard to come by.

“If you want to go and buy a striker now that’s going to get you 20 goals a season, you’re talking £100million.

“Arsenal have that player so as a club they need to do all they can to keep him. 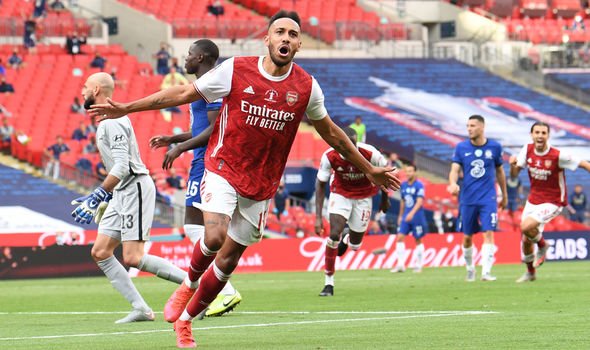 Arsenal boss Arteta said after his side’s FA Cup final win: “He knows what I think about him. I want to build the squad around him.

“I think he wants to stay and it is just about getting the deal done.

“But I think these moments will help him to realise and believe that we are in the right path and he is a big part of that.

“He is loved by everybody at the club. Hopefully he can continue with us. Will he extend? I think he will, yes.”

How college football conferences are handling their schedules amid coronavirus pandemic