Both Arsenal and Chelsea picked up victories in the Europa League against Sporting Lisbon and BATE Borisov respectively.

There were plenty of plot lines, from the Gunners’ 11th win on the trot, to Ruben Loftus-Cheek’s first three shots of the season ending up in the back of the net.

As ever, Sportsmail were on hand to pick up anything you might have missed.

This is rarefied air for Arsenal in recent seasons. Unai Emery has the Gunners playing some lovely stuff and they’ve now won 11 on the spin. It’s their best run of form since October 2007 (12 wins).

The last time they lost was against Chelsea way back on 18 August. Since then they’ve not played any of the ‘big six’ but have gathered some real momentum.

Emery will fancy his side’s chances of beating Crystal Palace on Saturday to make it 12. 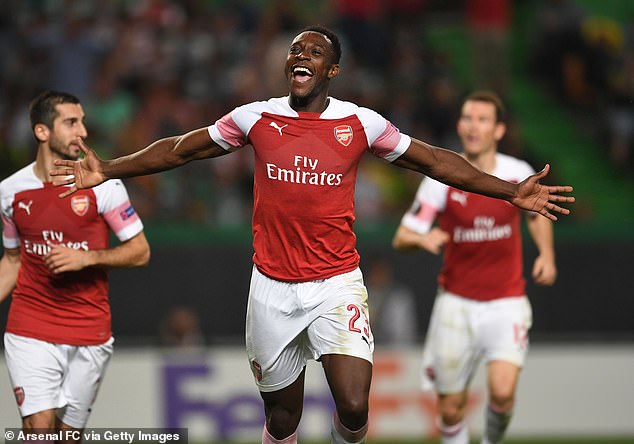 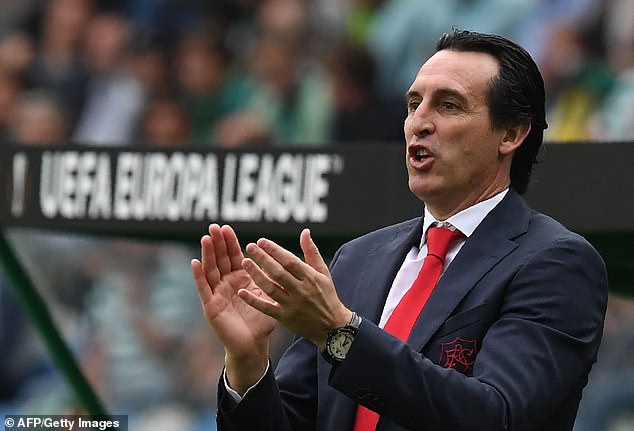 Can’t be bothered to spell Papastathopoulos?

Either some hapless intern bottled trying to spell the Greek’s surname or they think he’s cut from the same cloth as Eric Djemba-Djemba.

There are plenty of long names in that Arsenal line-up to be fair. 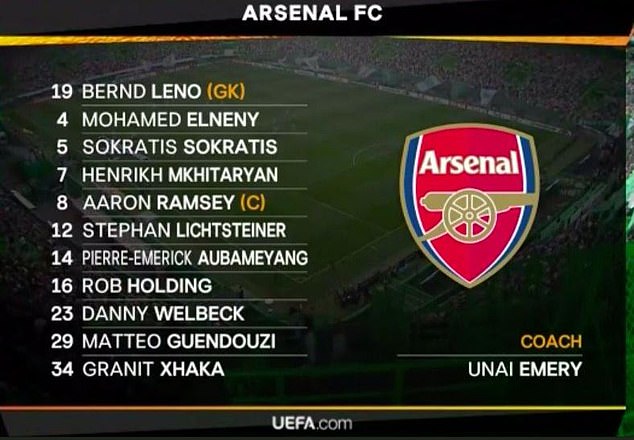 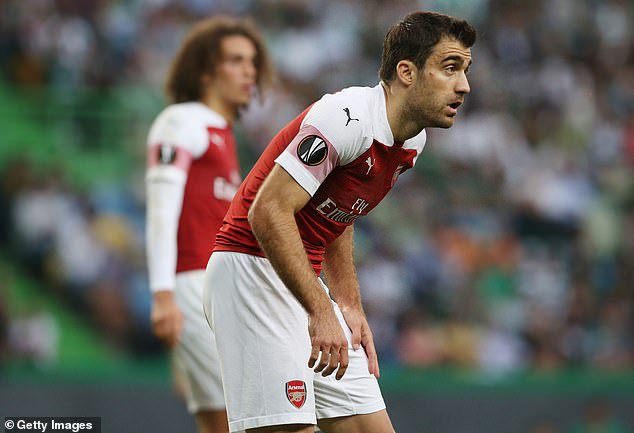 Jenkinson on bench after 693 days out… doesn’t get on

Carl Jenkinson found himself on the bench for Arsenal after almost 700 days out of the first team.

The defender has been on loan to West Ham twice and then with Birmingham City but he’s been given the chance to impress Unai Emery.

Well, not really given the chance. Emery left him on the sidelines. 693 days and counting. 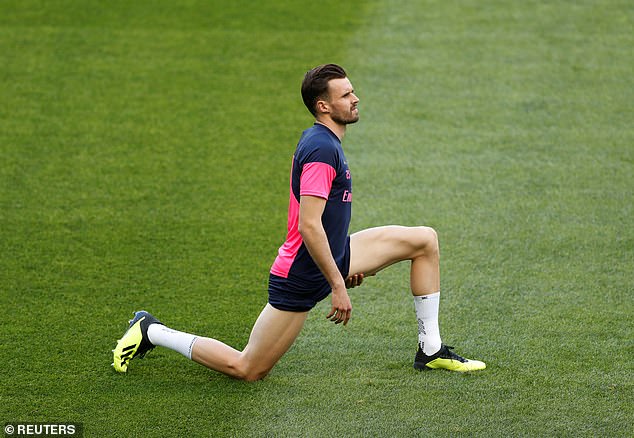 The former Sevilla stalwart has a sensational record and victory in Lisbon means his teams have only lost once in 21 group stage matches.

Sporting, Vorksla and Qarabag don’t look like upsetting the apple cart and that record is only going to improve. 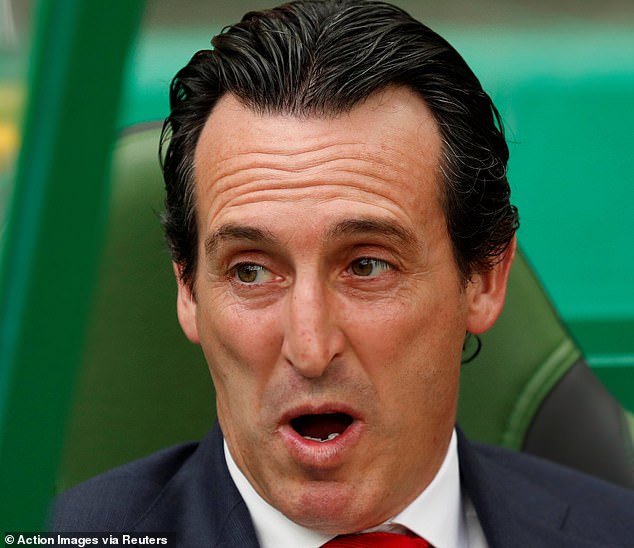 The Brazilian has been an incredible servant for Chelsea in his five years at the club.

In that time the winger has racked up 250 appearances and scored 43 goals in total with 34 assists.

He showed the touches of class Chelsea fans have come to expect in the Blues’ stroll to victory over Bate Borisov.

Not a bad conversion rate for Loftus-Cheek

The England midfielder swept home the opener with his first shot of the season and then slotted his second shortly after.

Two shots, two goals and perhaps some food for thought for Maurizio Sarri. He then netted the hat-trick after half-time to cap a brilliant performance and 100 per cent strike rate.

Plenty called for Loftus-Cheek to go out on loan for first team football but maybe displays like this will persuade the manager he deserves more action at Stamford Bridge. With a lovely swing of his right boot, Loftus-Cheek put Chelsea ahead with his first shot 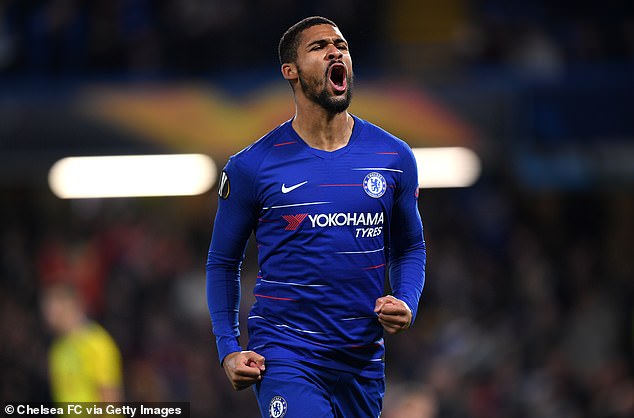 The 22-year-old came up with the performance of his Chelsea career and plenty took to their keyboards in praise of the hat-trick hero.

Everything he touched turned to goals and having struggled to find the target for the Blues previously, plenty were surprised at his output.

There were also a huge number of calls for him to be given a role in the starting line-up.

Lampard in the stands

Chelsea legend and current Derby boss Frank Lampard watched on from a box inside Stamford Bridge.

He was accompanied by Jodi Morris, his assistant at Pride Park and the pair were on a scouting mission.

Lampard’s side play his former club in the Carabao Cup next Wednesday. 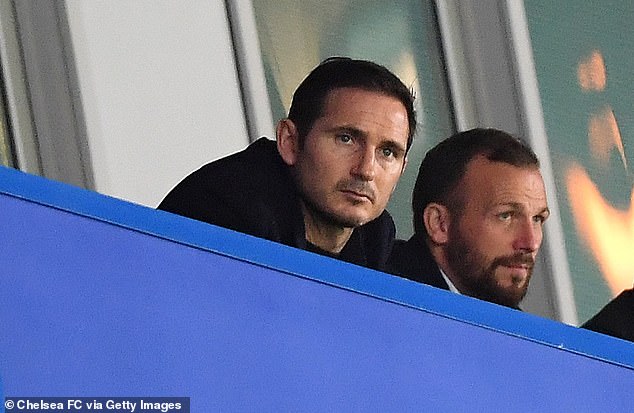 And elsewhere in the Europa League…

If you were tuned in to Rennes vs Dynamo Kiev then I apologise. But if not, enjoy this absolute rocket.

The thunderbolt is an even better watch with the complete air-kick before Tomasz Kedziora belts the leather off it.