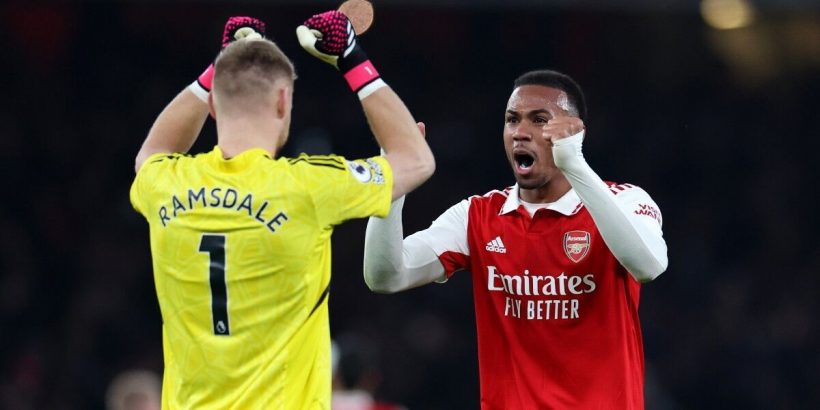 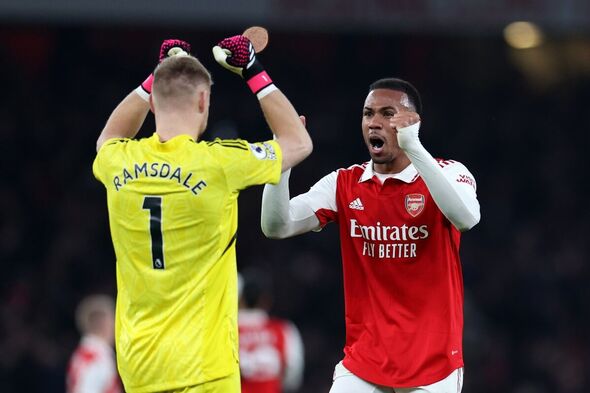 Are Arsenal Premier League champion material? With each passing game that question of being answered more and more strongly in the affirmative. Yesterday’s dramatic victory over Manchester United, secured by Eddie Nketiah’s winner 47 seconds from the end of normal time, was another box ticked in their season-long audition.

Their late siege proved impossible for United to withstand as the 23-year-old struck for the second time in a fabulous game to settle the issue and restore Arsenal’s advantage at the top to five points. Late winners – as the watching Sir Alex Ferguson would testify – can turn title races.

The theory that the loss of Gabriel Jesus to injury would puncture Arsenal’s tyres is proving unfounded. In Nketiah they have found a home-grown hero more than capable of stepping into the Brazilian’s boots.

They had to come from behind to do it yesterday after Marcus Rashford’s brilliant opener for United and then come again after Lisandro Martinez equalised with half an hour left but they finished like a tempest and eventually found a way.

This race won’t be a red procession – and they still have Manchester City to play twice – but it is clear why Pep Guardiola is worried.

Arsenal have the momentum with them and a ravenous hunger to make this happen.

It was fast and furious fare at the Emirates yesterday. United, outside contenders themselves before kick-off after a ten-match unbeaten run, took the lead in the 18th minute with a superb goal from Rashford – his 17th of the season for the club.

He sikilly stepped away from Thomas Partey, pressed the accelerator and then unleashed a 25-yard shot into the bottom left-hand corner of the net. Arsenal levelled in the 24th minute as Nketiah rose to head home Granit Xaka’s pinpoint cross from the left flank after some patient build-up play as the sides went in at half time level.

United, despite the absence of the suspended Casemiro, were trading punches manfully at this stage but went behind in the 53rd minute to a superb strike to Bukayo Saka. There did not look to be much obvious danger when Saka picked the ball up 30 yards out on the right with Christian Eriksen in front of him but with Saka there is always danger. A drop of the shoulder, a touch on the gas and he unleashed a shot into the far corner with David de Gea beaten low down.

If the United goalkeeper might have done better then Aaron Ramsdale in the Arsenal goal definitely should have done for the United equaliser. Eriksen bent a 59th minute corner into a crowded Arsenal six-yard box, Ramsdale made a hash of his attempted catch and the diving Martinez headed the ball up into the unguarded net.

With 20 minutes left Erik ten Hag took Antony off and replaced him with Fred in a sign that he would be happy with a point. The time wasting which followed proved as much. Arsenal pushed on and Saka hit the post with a deflected shot after cutting inside to threaten a repeat.

New signing Leandro Trossard was introduced off the bench for his debut they went for broke. Nketiah should have won it with six minutes left after a free-kick broke to him unmarked in the area but De Gea saved excellently low down to his left.

However he made amends with the winner, diverting the ball in after Odegaard had got to the ball ahead of United substitute Fred. VAR took a long look for offside but with Aaron Wan-Bissaka playing Nketiah onside the goal stood.