For a man who stands just 5ft 6in off the ground, Lucas Torreira knows that he has an awfully big role to play at Arsenal.

“The most important thing for me is to try and bring balance to the team, to help the defenders and support the midfielders. But I also want to constantly try and help the attackers,” Torreira explained of his new set of responsibilities, after Arsenal’s 1-0 win over Sporting in the Europa League — their eleventh consecutive victory.

“Every time you go out onto the pitch you try to play. Obviously I want to have fun playing with my team-mates, to get things going and to help us win, as we have been doing. I always want to be lending a hand, sacrificing myself in defence and in attack. I am always available to the team, always helping.”

Fighting for his team-mates in any and every position has already become something of a dominant theme of Torreira’s four-and-a-half year professional career. “I arrived in Italy playing as a playmaker or an attacker,” he explained. “I was lucky to find a coach who put me in a more defensive position and I am totally happy in that role. I try to learn every day.” 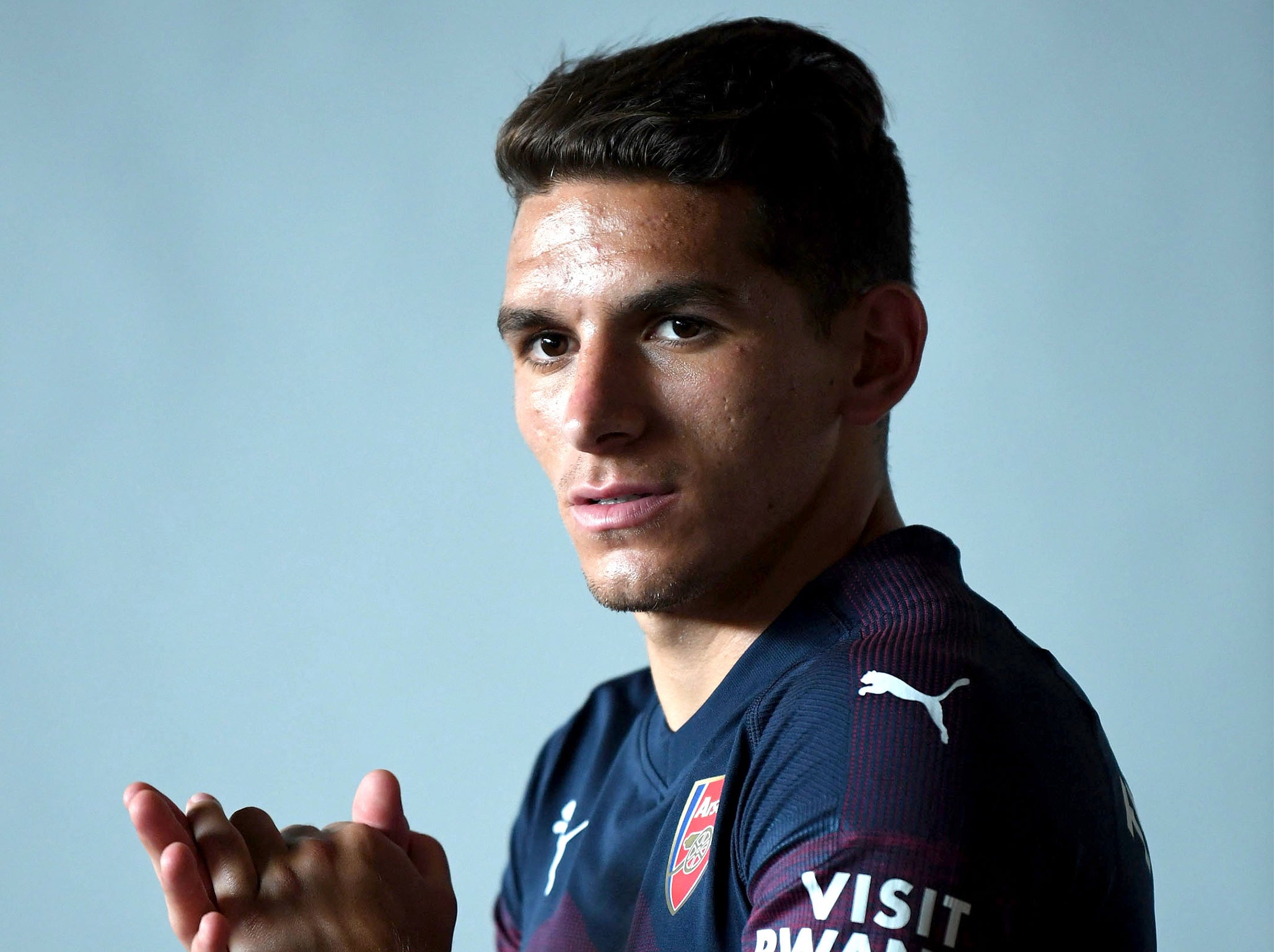 It was the World Cup-winning former defender Massimo Oddo who first made the inspired decision to move Torreira from the wing to the engine room. According to Torreira, Oddo told him plainly that the highest level he would ever reach as a forward was Serie C, the third tier. And so Oddo set about converting his skittish young forward a tigerish, tough-tackling defensive midfielder.

Clearly he knew what he was talking about. It took Torreira just two years to completely master his new position. In Serie A last season, no player made more tackles (198), drew more fouls (174) or completed more interceptions (158).

“If Torreira was a few inches taller, he would already cost €100m and would be considered among the strongest playmakers in the world,” quipped Sampdoria manager Marco Giampaolo before Arenal came calling.

Torriera is now proving that in north London, even without the benefit of a few additional inches. What is so remarkable about the impact he has made at the club is just how irreplaceably integral he seems to Unai Emery’s style of football — and how quickly he has settled in. Arsenal have played 497 minutes without him in the team, scoring nine and conceding 10. But when he is involved, they have scored 24 and conceded just four.

That astonishing trend reappeared in Lisbon’s late afternoon heat against Sporting on Thursday night. When Torreira was thrown on fifteen minutes into the second-half, Arsenal were struggling to retain possession or exercise any sort of dominance over their frustrating opponents. Torreira changed all of that: reordering the midfield, winning the ball and setting the tempo, calmly taking control of the entire situation like a footballing Winston Wolfe.

It has taken him precisely three Premier League starts to feel utterly at ease with English football. 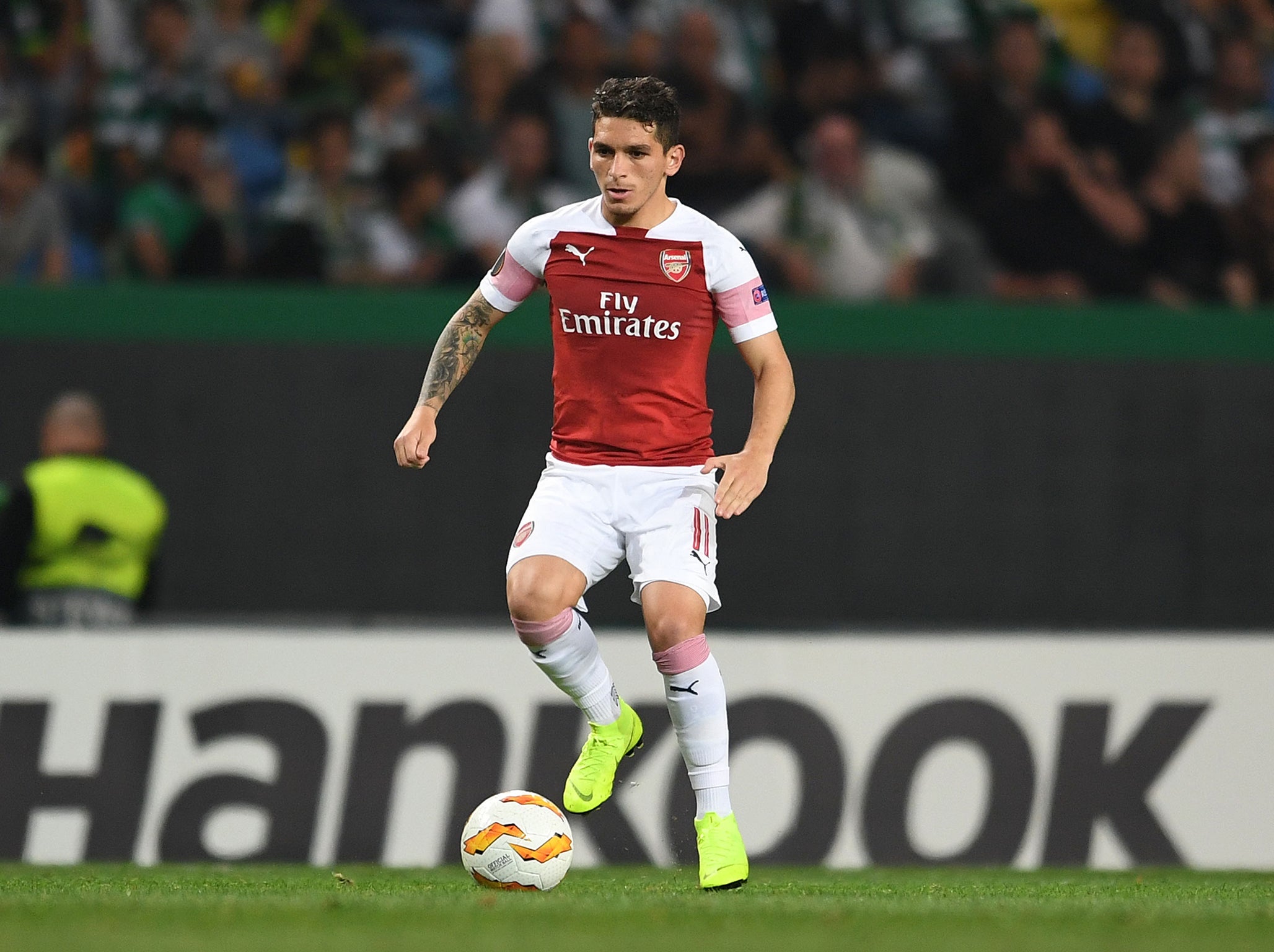 “What I have seen in my short time here in England is that the football is much more intense, much more physical,” he said. “It only takes three or four passes to create a goalscoring opportunity. That’s not the case in Italy, where it’s not so open. The game there is very tactical and there is very little space to receive the ball.

“So at first everything was new for me. It is a new style of football. It is different and so are my team-mates but it’s about always fighting for it and working day after day. I am listening a lot and learning with the help of my team-mates and all the people in the club — the technical staff have helped me to grow. It has made me feel really comfortable with the team.”

When Torreira first moved to Italy from Montevideo in Uruguay, he initially suffered with such acute homesickness that his new club would fly over his father and brothers to keep him company. That hasn’t been a problem in England.

“I am so happy,” Torreira added. “it is a great challenge and a new challenge for me, and I am the kind of person who likes to fight for these things, to always be fighting on my way up, like my dad always tells me. I am getting to know London and I am taking on the challenge of learning English so that I can communicate with my team-mates. That’s something that is not only important for football — but also for life.” 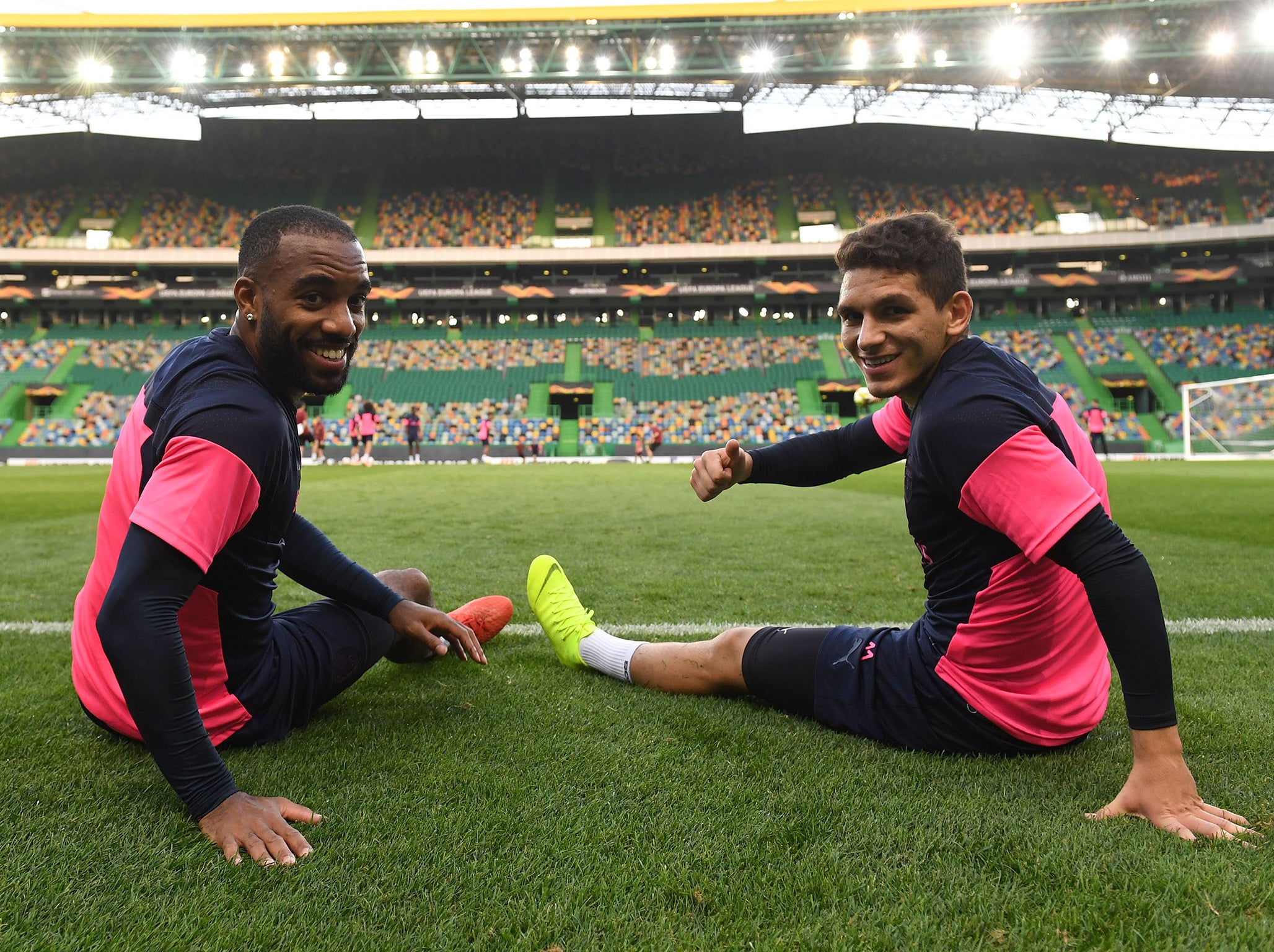 That attitude has been discernible in his mettlesome performances so far for Arsenal, quickly winning him the affection of the Arsenal support. It rather helps his cause that the club have been starved of a player with his qualities for so very long. A player who can both reclaim possession and then recycle it: somebody to screen the defence and bring out the best in their more adventurous midfielders.

Granit Xhaka certainly appreciates the help. “Lucas gives us good balance in the team between offence and defence,” he remarked shortly after touching down in Lisbon. “He lets me play my game with the ball and go a bit more in front, so I am happy with him. You can see that he’s important for us because he’s strong in defence and in duels.”

The fans appreciate it, too. Torreira was given a rapturous reception for his match-winning cameo after the final whistle, as Arsenal became the first side in over a year to beat Sporting in their own back yard.

“It’s a beautiful thing,” Torreira said of hearing the terrace chant sung lustily in his honour. “It fills me with so much pride every time I go onto the pitch and they sing for me or applaud me for what I have done. It’s really beautiful and I appreciate it. I am extremely proud to be at Arsenal and hopefully we can enjoy many things together.”