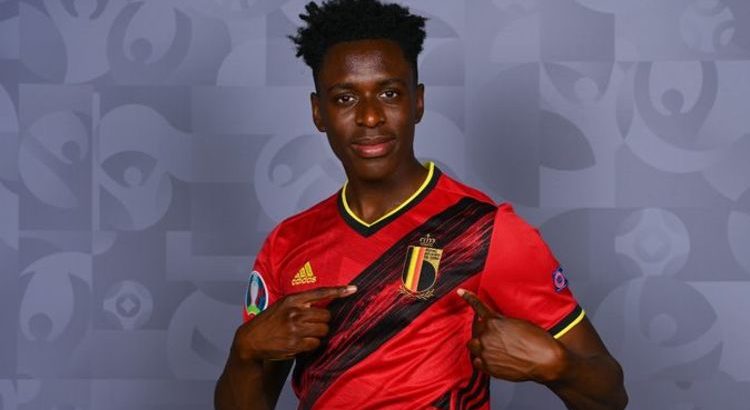 Arsenal: Aubameyang, Elneny get in shape ahead of pre-season

Arsenal are reportedly closing in on the signings of Anderlecht midfielder Albert Sambi Lokonga and Benfica left-back Nuno Tavares as Mikel Arteta looks to strengthen his squad ahead of the new Premier League season. Here, Express Sport looks at who the Gunners boss could target next in the transfer window.

The Gunners have made a bid for Italy midfielder Manuel Locatelli, according to Sassuolo’s CEO Giovanni Carnevali.

The 23-year-old scored two goals in Italy’s 3-0 win over Switzerland at Euro 2020 – but Arsenal were reportedly tracking him before that after he helped Sassuolo to an eight-placed finish in Serie A.

“Arsenal have made an official bid for Locatelli,” Carnevali told Sky Italia, cited by Sports Mole. “They’re pushing hard to sign Manuel and it’s an important bid… we will see.

“Juventus also want Locatelli and we have a special relationship with them. A new meeting has been scheduled with Juve.” 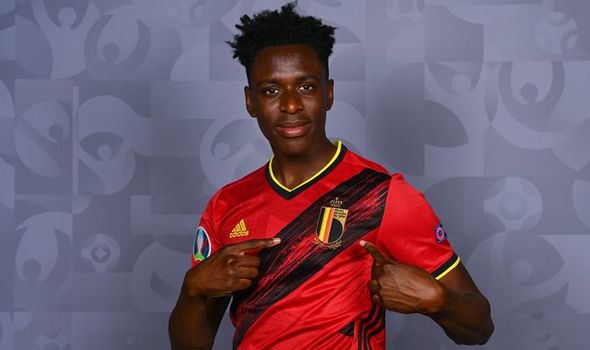 Arsenal are understood to be closing in on a £50m move for Ben White after the 23-year-old’s impressive season for Brighton.

White is currently with Gareth Southgate’s England squad at Euro 2020, having been called up as a late replacement for injured Trent Alexander-Arnold after helping the Seagulls to  safety.

The centre-half caught the eye of top Premier League clubs with his impressive performances on loan for Leeds United the previous season, and former Elland striker Noel Whelan believes he will be perfect for the Gunners.

“The one thing Arsenal have been missing is that playmaker from the back, somebody with that bit of pace,” Whelan told Football Insider. “He does fit Arsenal down to a tee, I’ll be honest with you.”

Arteta needs to sign a new keeper this summer as back-up to Bernd Leno – and potentially as a replacement for the No1.

And Ramsdale has been identified as the perfect candidate, with Sheffield United expecting a bid for the 23-year-old.

But the Blades are believed to have slapped a £40m price tag on the keeper’s head as they look to ward off interest.

Arsenal have asked Lille to be ‘kept informed’ of any developments that may concern Sanches’ future this summer, according to 90Min.

Yet another 23-year-old, the midfielder has put in some strong performances in Portugal’s engine room at Euro 2020 after helping Lille win the Ligue 1 title.

Arsenal could face competition for Sanches with Liverpool also said to be looking at the midfielder – who in 2016 was described by Manchester City manager Pep Guardiola as “far and away one of the best young players in Europe”. 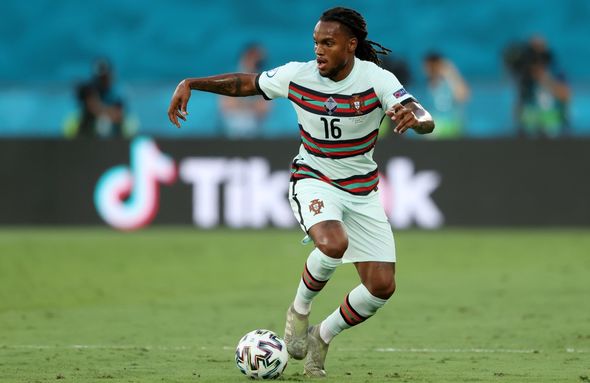 Another option in midfield is Ruben Neves, who has been linked with a move this summer as Wolves look to finance a squad revamp.

Neves has also been linked with interest from Manchester United, Manchester City and Liverpool, having been lauded for some time for his control and range of passing.

The 24-year-old was incredibly Wolves’ joint top scorer last season along with Pedro Neto, with both scoring five in all competitions.

Arsenal need a right-back with Hectir Bellerin being targeted by Inter Milan – and Norwich star Aarons has long been on the Gunners’ radar.

But Norwich will have no intention of letting him go easily, and are expected to demand £30m for a player who is contracted until 2024.

The 22-year-old mainly plays as a right-back but has showcased his versatility for club and country over the past season.

For Sassuolo he has played as a right-back, on the right side of midfield and as a centre-back – while at Euro 2020 also showcased his ability to play at left-back for Turkey.

Muldur would be a cheaper option at right-back than Aarons, and could double up as cover for Kieran Tierney.