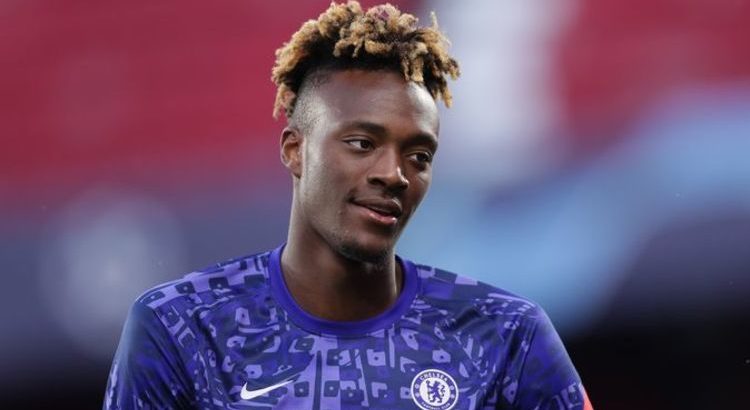 Arsenal are closing in on the signing of Chelsea outcast Tammy Abraham ahead of the new campaign, according to reports.The Gunners are on the lookout for reinforcements across the pitch this summer as Mikel Arteta aims to build on last season’s eighth-placed finish in the Premier League.

The north London club have already landed Nuno Tavares and Albert Sambi Lokonga from Benfica and Anderlecht respectively, with their focus now switching to the addition of a new striker.

Abraham has reportedly been identified as a prime target, and could soon be on his way to the Emirates Stadium with Arsenal in advanced talks over a loan agreement with Chelsea, according to The Sun.

The report claims that Abraham will spend next season with the Gunners, who will have an obligation to buy the 23-year-old for a £40million fee at the end of the campaign.

He has been deemed surplus to requirements by Chelsea boss Thomas Tuchel despite finishing as the club’s joint-top scorer in all competitions last season.

Express Sport takes a look at the potential shirt numbers that Abraham could wear at Arsenal as he aims to find a new lease of life with his boyhood club.

Abraham currently sports the No 9 shirt at Chelsea, but this number is currently occupied by Alexandre Lacazette at the Emirates Stadium.

He could go for the closest available option in the form of No 10, but it remains to be seen whether this will be taken up by a creative midfielder, as is traditional.

There seems to be a high chance that Emile Smith Rowe will inherit the number for the campaign ahead, but it could also go to a new signing, with Houssem Aouar of Lyon among the names linked with Arsenal in recent weeks.

However, if the coveted number is not handed to a playmaker, it may well go to Abraham.

The No 11 shirt could be another option for Abraham after it was vacated by Real Madrid midfielder Martin Odegaard at the end of his loan spell last season.

It has previously been worn by the likes of Marc Overmars, Robin van Persie and Mesut Ozil and may end up on Abraham’s back if he chooses to follow in the footsteps of the aforementioned trio.

The number was recently occupied by Lucas Torreira, but his expected departure could free it up for the Chelsea man, who has never worn it as a first-team player.

However, he will be looking to write a new chapter with Arsenal and could decide to go into uncharted territory as he looks to challenge Lacazette and Pierre-Emerick Aubameyang for a starting berth next season.

Abraham may also decide to wear the No 18 shirt, which was filled by Thomas Partey last time around.

However, the Ghanaian midfielder will wear No 5 this season, which could allow Abraham to become the new owner of the former’s old jersey.

He wore the number during his successful loan spell with Aston Villa during the 2018/19 campaign, scoring 26 goals in all competitions to help the club regain their Premier League status via the Championship play-offs.

Abraham could look to find inspiration from a return to the past upon his impending move to Arsenal, where he will be expected to hit the ground running in order to fire the Gunners back to the division’s upper reaches.