Arsene Wenger has dared to look ahead to a collision between England and his native France, two teams he considers capable of going all the way in this World Cup.

‘If all goes to plan these two favourites England and France might meet,’ said Wenger, the former Arsenal boss now chief of FIFA’s global football development, as England prepared for Senegal and France for Poland in the last 16.

‘It’s never as easy as looks on paper,’ he added, noting how Argentina were pushed all the way by Australia on Saturday, but the 73-year-old expects those nations with the strongest squads to go furthest in Qatar. 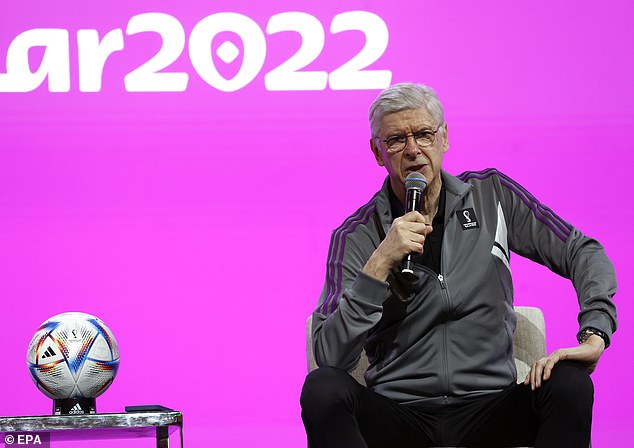 ‘The teams with the best benches have best chance of winning, France is one of them. They were young when won the World Cup and can defend it. France went through tough times last year and came here with an appetite for winning. France will be dangerous right until the very end.’

Wenger was presenting the group stage findings of his technical study group in Doha.

‘The big teams have turned up,’ he added. ‘England one of them, outstanding in the first game, they struggled in the second and then came back when needed to be very convincing against Wales. 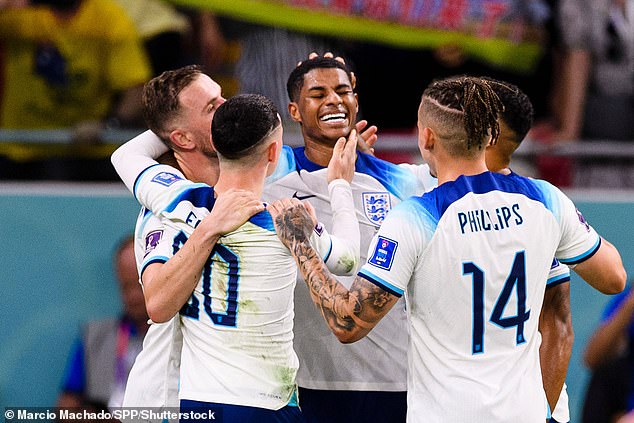 England comfortably progressed from their group after beating Wales on Tuesday 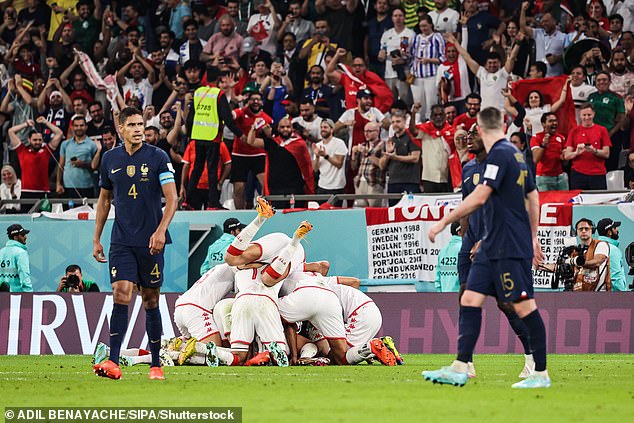 After a strong showing in the group stages, France lost their final game to Tunisia but still progressed as leaders

‘England has learned a lot in competition and, contrary to Belgium who were past the peak, England look to be a team now at their peak to develop. They have learned and still have a young team.

‘Gareth Southgate is a very intelligent man, capable to analyse well the games and performances. He’s like the team, has learned from the World Cup and learned from European Championships and is now in good situation to deliver.’

Jurgen Klinsmann, the former Germany and USA boss who is also part of Wenger’s technical studies, said: ‘England are fascinating because of the progression from Russia to Euros when thought they had it, and I’m sure Gareth Southgate has only one goal here, to bring the trophy home. 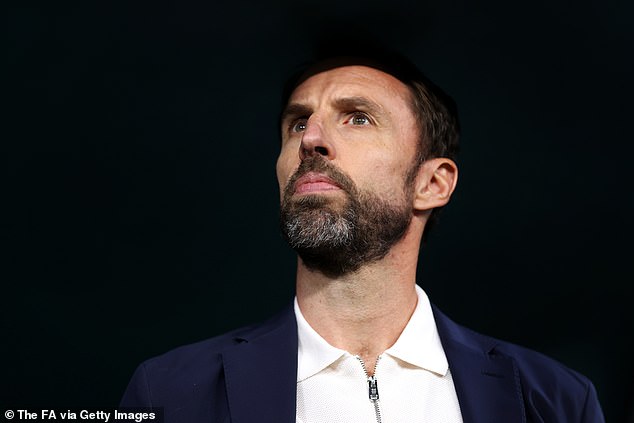 ‘If you’re not 100% there you might go home. It might be a little thing, a set play, a mistake and you go home. We can see England coming. They have high quality players in the best league in the world and it’s a good time to deliver.’

Findings from Wenger’s technical studies, include the changing role or the goalkeeper, now expected to play with his feet as well as his hands, and the increase in attacking the wide areas because teams are focused on defending in the centres.

‘In Holland-USA, all the goals were from crosses, this confirmed the trend,’ said Wenger. ‘I think team with best wide players will win this tournament. When I speak of best wide players not only offensive players but also full backs and the tandem on the flanks.’