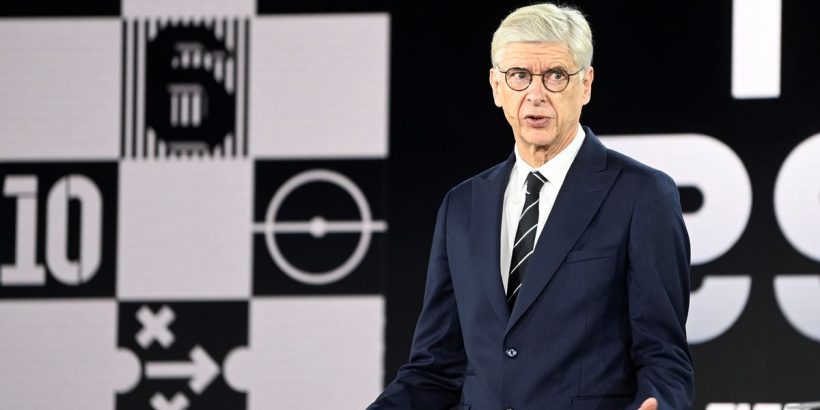 Arsene Wenger's claims that he has received a "positive response" to his plans for FIFA to hold the World Cup every two years has left fans stunned.

Wenger, who now works as FIFA's Director of Development, plans to revamp the international schedule completely having called it's current calendar "outdated".

UEFA have already voiced their opposition to the plans and supporters have also condemned the proposals on social media in recent days.

Wenger discussed his vision for football post the 2026 World Cup in Canada, Mexico and the USA on Thursday and spoke about the response to his plans for a biennial World Cup.

"Overall a very positive response but it will be a very democratic decision and will be made by 211 countries affiliated to FIFA."

However, his claim of a positive response has not gone down well with supporters, who have been stunned by his claims.

One fan wrote on Twitter: "Positive response? By WHO?!"

Should Arsene Wenger's plans to revamp the international football calendar be considered? Let us know in the comments section below. Another disgruntled supporter tweeted: "Who's agreeing… not the fans. The World Cup is special because it is every four years. Just all about the money now."

A third fan fan vented their anger as they wrote: "All of these people always trying to change something that isn't broken just for the sake of money. It's a joke."

The proposals for a World Cup every two years were also compared to the Super League plans from earlier this year by another supporter who wrote: "Positive lol. In which world does he live in? I swear if they thought the Super League debacle was massive, wait for the backlash if this two-year World Cup gets announced."

Despite the fan backlash, some in the game have come out in support of Wenger's proposals including Ronaldo Nazario and Peter Schmeichel.

Wenger continued to discuss his plans and stated that "By respecting the 80/20 balance [towards club football] I would sign with two hands if I was in a club. Better separation will improve the quality on both sides.

"If you don't play big competitions, you will play small competitions, don't think we won't play. I am 100% convinced it is the right solution."

Wenger is working on plans to revamp international after the 2026 World Cup in five years time, which will be the first edition of the tournament to feature 48 teams.

This is a rise from 32 and, in 2017, FIFA announced that the tournament would implement the controversial 16 three-team groups format after they voted on four potential formats.