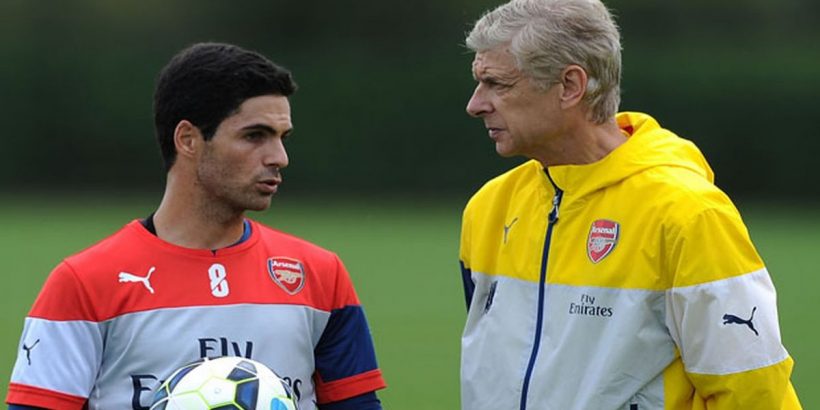 Arsene Wenger believes that new boss Mikel Arteta has what it takes to turn Arsenal's fortunes around after a "difficult" opening few weeks of the new Premier League campaign.

The Gunners found themselves bottom of the table after their worst start to a season in 67 years heading into the international break.

An opening day loss to newly-promoted Brentford was followed by back-to-back defeats to London rivals Chelsea and champions Manchester City.

Although, Mikel Arteta was able to guide Arsenal to their first three points of the season on Saturday, beating Norwich 1-0 at the Emirates.

Now legendary manager Arsene Wenger has spoken out about Arsenal's current situation believing now is not the time to hit the panic button:

“When I talk about Arsenal it’s a sensitive subject and at the moment the timing is maybe not the best to talk,” Wenger told beIN Sports, via football.london.

“Honestly I like to usually say what I think. I believe in this situation – I’m an Arsenal fan.

“I must say I find the squad full of quality. I’m not pessimistic because I feel they had two difficult games out of the first three – Chelsea on a high at home and of course after they go to Manchester City.

Is Mikel Arteta the right man for the Arsenal job? Let us know in the comments section.

“Of course, you go to Man City and you can say it’s predictable that you could drop points.

The bad result we made was in the first game against Brentford. After that, it puts you straight away on the back foot.

“I wish them to recover and I think they will. The potential is there so I hope they come back."