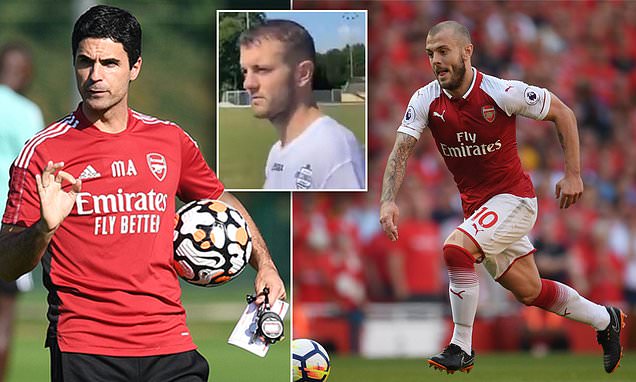 Mikel Arteta has hinted at the possibility of Jack Wilshere returning to train with Arsenal as he said the ‘doors are always open’ for the midfielder.

Wilshere has been unable to find a new club since leaving Bournemouth at the end of last season. The 29-year-old England international has most recently spent a stint training with Serie B outfit Como.

Wilshere came through the ranks at Arsenal and made 197 first-team appearances between 2008 and when he left a decade later. He won two FA Cups at the Emirates Stadium where he also became a firm favourite among the Arsenal fans. 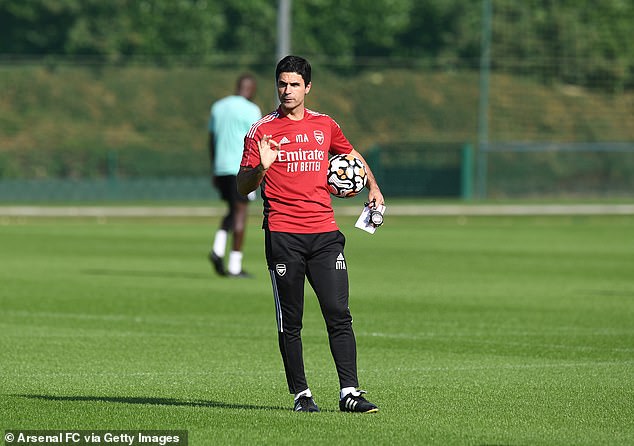 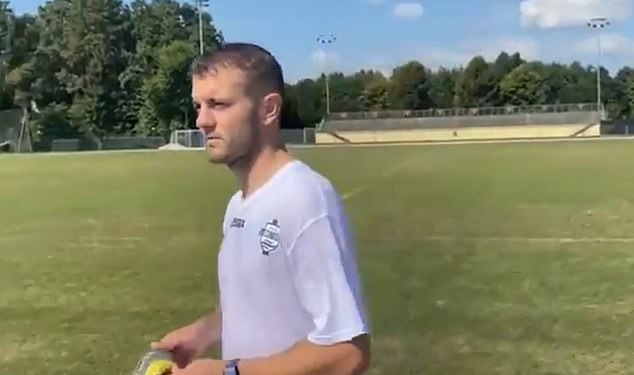 During his time with the Gunners he played alongside Arteta in Arsene Wenger’s midfield and the current Arsenal manager appeared to offer an invitation to his former team-mate.

Asked if Wilshere could potentially train at their London Colney base, Arteta said on Thursday: ‘He is someone that I know who I shared the dressing room with, who is so loved around the club with every person here and our doors are always open.’

Arsenal sit bottom of the Premier League having lost their opening three matches without scoring.

They welcome Norwich, similarly without a point from their fixtures so far, to the Emirates Stadium on Saturday and Arteta admits it is an early ‘must-win’ game for his side. 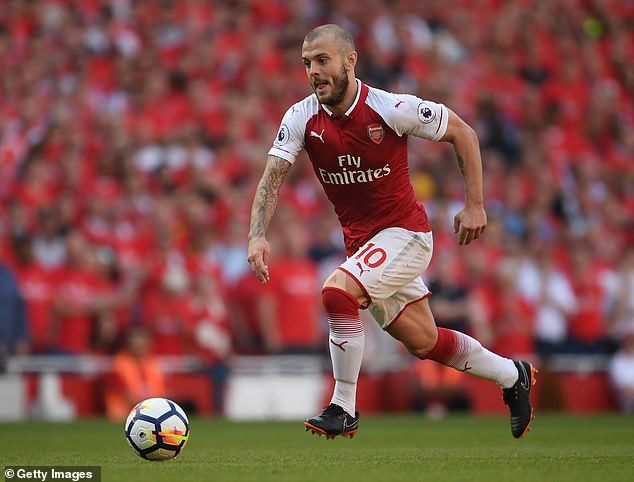 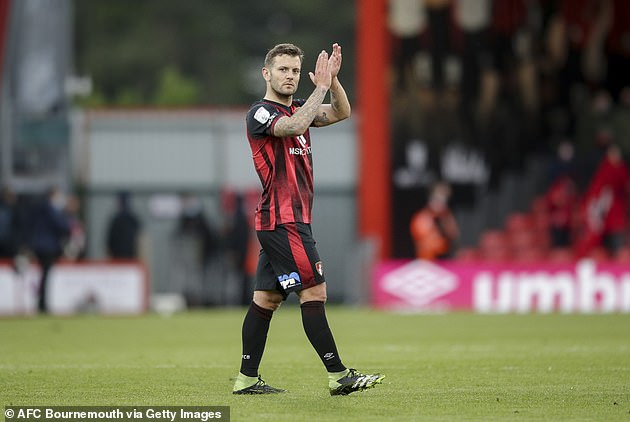 Wilshere’s last stint in football came at Bournemouth, but he was released after several months

‘It always is (must-win) at Arsenal and the pressure is always there to be as high as possible in that league table,’ he said.

‘We need the first win, we are going to play in front of our fans after a disappointing start, so it’s down to us to provide everything we have performance-wise to earn the result we want at the end.’

Having spent more than any of their Premier League rivals during the transfer window, Arteta should now be able to call on most of his first-team stars against the Canaries.

A bout of positive Covid tests and a number of injuries have hampered their start to the campaign but the likes of Gabriel Magalhaes, Thomas Partey and summer signing Ben White are now back in contention.

Partey has been missing with an ankle injury and his return is timely given fellow midfielders Mohamed Elneny and Granit Xhaka are missing through a hamstring issue and suspension, respectively.

Xhaka is banned following his red card in the 4-0 loss at Manchester City before the international break, when he then contracted Covid while on duty with Switzerland.

‘He is doing well,’ Arteta said of Xhaka’s medical condition. 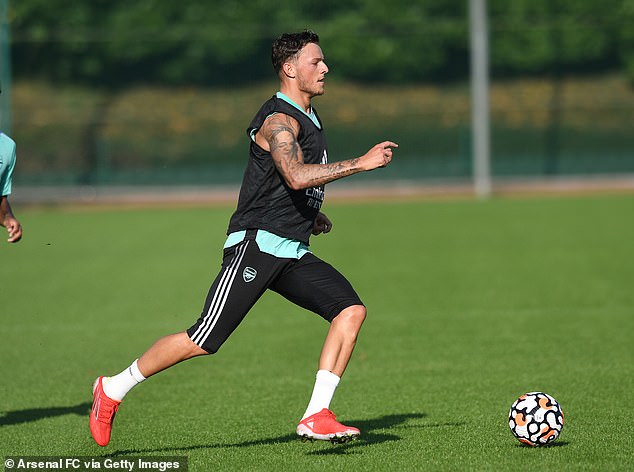 ‘He is still in his country and he needs to stay there until Saturday, I believe. So as soon as they can release him and he’s OK to travel, he will be here with us.’

One new recruit is Japan international full-back Takehiro Tomiyasu, who joined from Bologna on deadline day. 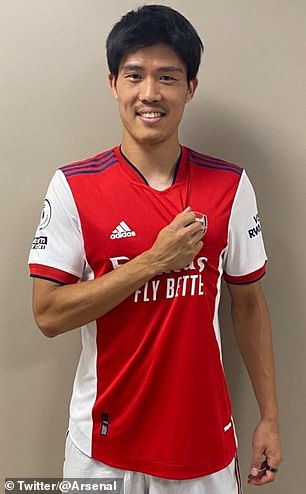 His involvement against Norwich remains in doubt, however, as he awaits the relevant documentation.

‘The club is trying hard to achieve that. He is back in the country, I will meet him for the first time today probably and train with him, see how he is, get a feel for it.

‘He has been playing, so he should be completely fit. We have been impressed, that is the reason why we decided to sign him.

‘Tomi has got the capacity to play in any position in the back four. He has done it all across the back four and in a back three as well. He gives us that versatility.

‘He gives different qualities in that right-back position and he is a player that we followed for a long time. He brings qualities that we didn’t have in the squad.’