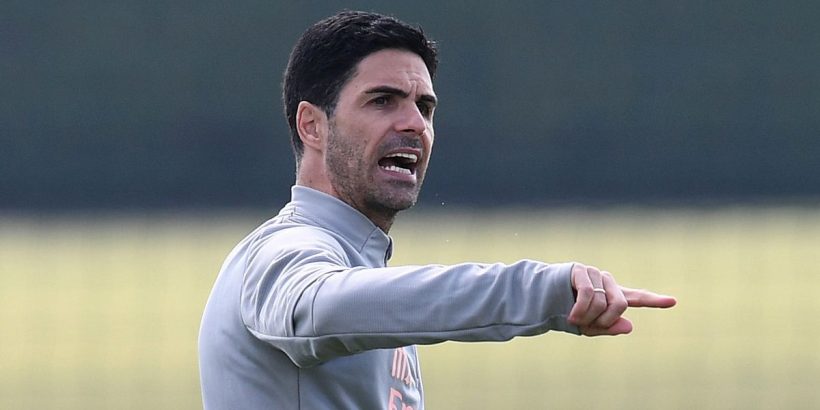 Arsenal legend Martin Keown has instructed Mikel Arteta to stop experimenting with Granit Xhaka at left-back ahead of the vital second leg with Villarreal.

The Gunners' 2-1 defeat in Spain on Thursday leaves their Europa League semi-final finely poised, as they have an away goal to take into the return fixture at the Emirates.

Villarreal set out to exploit Arsenal's weakness on the left of defence and it took just five minutes for them to take the lead after Samuel Chukwueze surged past Xhaka to set up Manu Trigueros.

Xhaka – a natural midfielder – has been filling in at left-back in recent weeks after Keiran Tierney suffered a substantial knee injury.

But Keown insists the Switzerland international must return to midfield, with Saka dropping back to defence to plug the hole.

"If Tierney is fit, he walks into the team for that all-or-nothing second leg," Keown told the Daily Mail . "If not, Saka must play at left back, a position where has excelled previously for club and country.

"If Arteta sticks with 4-2-3-1, Xhaka can then go back alongside Thomas Partey in midfield, where he has been much improved this season."

Who would you play at left-back for Arsenal's upcoming fixtures? Have your say in the comments.

Keown also fired Arteta a warning of what could happen if he leaves Xhaka at left-back to face Newcastle front man Allan Saint-Maximin in Sunday's Premier League clash.

He added: "Xhaka does not deserve to be getting the blame. I feel for him. He's a midfielder being told to play at left back by his manager in Kieran Tierney's absence.

"Xhaka played well there against Sheffield United, and Arsenal kept their first clean sheet for 13 games.

"But he has since been left exposed by higher-quality opponents, such as Richarlison for Everton and Samuel Chukwueze for Villarreal. He could now face Newcastle's in-form Allan Saint-Maximin.

"Let's not even go into how a club like Arsenal, whose owners wanted them in the closed-shop European Super League, finds itself without a back-up left back."

Tierney has not featured for Arsenal since the defeat by Liverpool at the start of April, but he is believed to be close to a return to full fitness.