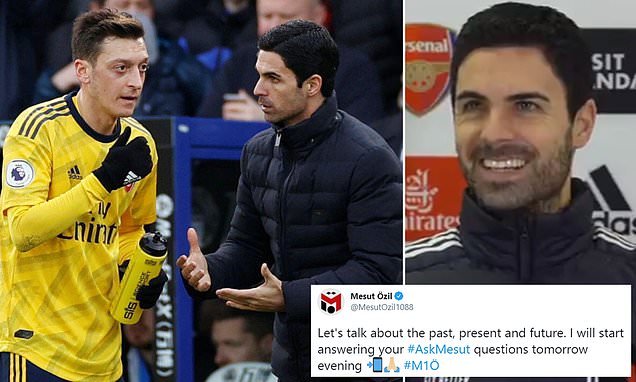 Mikel Arteta will NOT follow Mesut Ozil’s latest Twitter Q&A on Monday night despite the exiled £350,000-a-week Arsenal man teasing detail on ‘the past, present and future’

Mikel Arteta will not be following Mesut Ozil’s latest Twitter Q&A on Monday, despite the German teasing that he will ‘talk about the past, present and future’.

Ozil is expected to seal a move to Turkish club Fenerbahce in the coming days, bringing an end to his Arsenal exile which boss Mikel Arteta has overseen by not selecting the £350,000-a-week playmaker once so far this season.

But Gunners boss Arteta is unconcerned by what Ozil could say about his current situation. 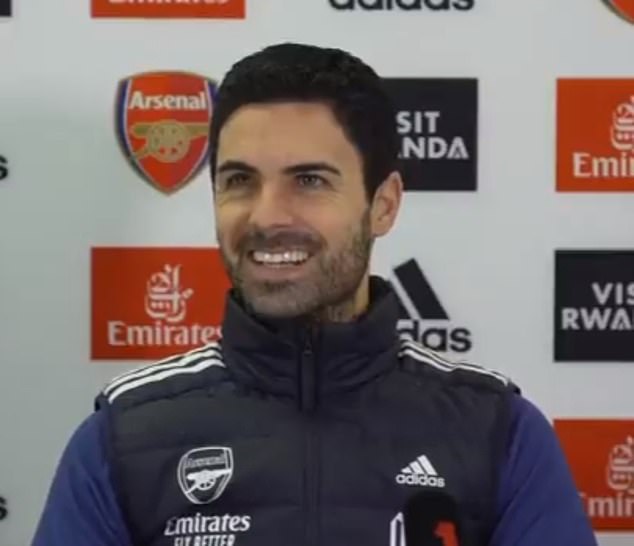 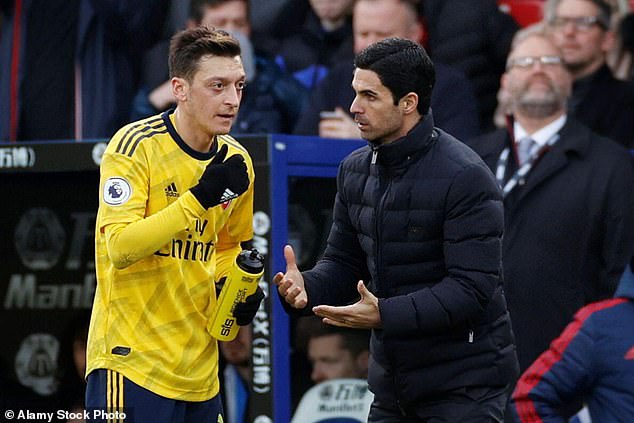 ‘I’m sorry but I don’t have Twitter,’ Arteta said at his Monday press conference, when asked if he’ll be keeping an eye on the tweets. ‘I don’t follow Twitter.

‘He has done it in the past, it is something he does to engage with his fans and keep everybody informed, so I am not surprised.’

On the overall state of play regarding Ozil’s Arsenal future, Arteta said the situation had not moved.

‘My understanding is nothing has changed from the last press conference, that (technical director) Edu and the club are having some conversations about the near future and the long-term future and when we know something, we’ll announce it,’ Arteta said. 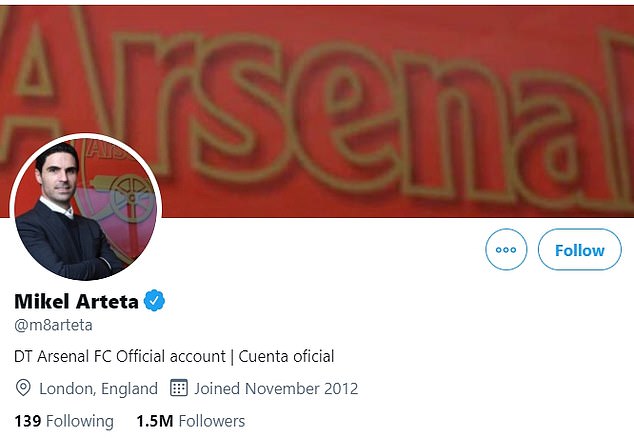 Arteta was speaking ahead of Arsenal’s upcoming Premier League match against Crystal Palace on Thursday, where a victory could take them within three points of the top four if other results go their way.

The Gunners boss was coy over the club’s January plans, Ozil aside, but admitted he would like to recruit another goalkeeper to back up No 1 Bernd Leno.

‘We are assessing the situation in the three positions in the goalkeeping area, and we will find a different solution probably in this winter,’ he said.