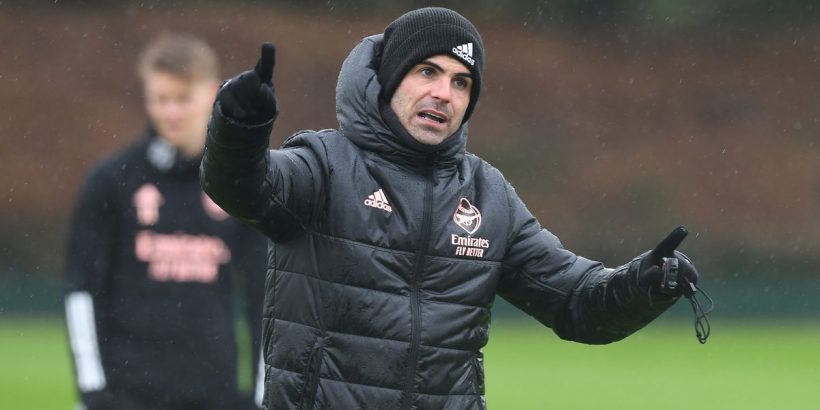 A disappointing season in the Premier League means there is set to be a busy summer of transfer activity at Arsenal as they look to rebuild.

Mikel Arteta has come under huge pressure from fans and pundits after overseeing Arsenal’s worst campaign in 25 years.

That means he will need to strengthen his squad, with the Telegraph reporting Arteta wants the Gunners to prioritise signing a left-back, right-back, central midfielder and a striker.

An overhaul of the playing staff means that departures are likely to be required to raise funds, with football.london claiming Lucas Torreira, Sead Kolasinac, Matteo Guendouzi, Ainsley Maitland-Niles, Hector Bellerin and Bernd Leno are all at risk.

Arsenal are the second-lowest scorers in the top-half of the Premier League, with both Alexandre Lacazette and Pierre-Emerick Aubameyang failing to fire.

A consistent goalscorer will be crucial to Arteta’s hopes of turning his sinking ship around, with Arsenal’s current top scorer Lacazette hitting the back of the just 13 times this term.

The Gunners have plenty of creativity to create chances from wide areas, with a striker potentially the key to unlocking their true attacking potential.

With Bellerin edging closer to a departure, this is the perfect time for Arteta to sign someone who can replicate Kieran Tierney’s impact at left-back.

While the Spaniard has impressed at times during his 10 years in North London, he has fallen out of favour under Arteta.

Arteta will hope to bring in an attacking full-back to fill Bellerin’s absence to add to the Gunners’ creativity going forward.

The Gunners have been relatively solid defensively, but a high-quality right-back does appear to be missing from Arteta’s squad.

Arsenal did boost their midfield options last summer with the big-money signing of Thomas Partey, but the Ghanian has suffered a mixed first season at the Emirates.

It is thought the Gunners can get more out of Partey by improving the quality of his partners in the middle.

With several loan players in that area of the pitch set to depart, the central midfield options will need to be overhauled this summer.

In former Celtic star Tierney, Arsenal already possess one of the best left-backs in the Premier League, with the Scot even tipped as a future Gunners captain.

But he has struggled with injury issues since arriving at the Emirates, with knee injuries restricting his appearances this season.

The Gunners currently have no natural back-up to Tierney, with right-back Cedric Soares and midfield Granit Xhaka deployed there in the Scot’s absence.

With Tierney so frequently sidelined, finding a left-footed full-back will be key in bringing balance to Arteta side.

READ MORE: Arsenal doing 'everything they can' as they eye 'priority' Eduardo Camavinga