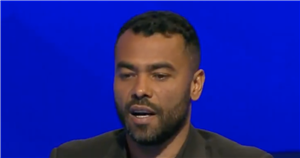 Ashley Cole has explained why he does not want his former club Chelsea splashing the cash on Erling Haaland.

It comes as interest in the Borussia Dortmund star grows following an incredible season.

The 20-year-old has been in jaw-dropping form in front of goal, scoring 37 in 38 matches – including 10 in the Champions League.

It has caught the attention of Europe's biggest clubs, with Real Madrid, Barcelona, Manchester City and Manchester United all keen on his signature.

But Chelsea are also in the race after the club made a striker a priority in the upcoming transfer window as they look to land a world-class forward.

Timo Werner has had his troubles in front of goal while Tammy Abraham and Olivier Giroud do not fit into Thomas Tuchel's plans.

Kai Havertz has been playing as a false-nine on occasion but the Blues boss wants more a focal point in his team.

But ex-Chelsea star Cole has insisted he does not want his former club to sign Haaland this summer transfer window.

The Englishman has told the Blues to stick with Werner, who he believes will come good.

"I always go back to the pre-season," Cole told Sky Sports.

"I really don’t think the team had a great pre-season in terms of the Covid stop-start, players catching Covid. They missed a big chunk of training.

"I think next season will be great to see the team have a good pre-season, understand the style and philosophy of the manager and then hopefully really click and gel.

"Hopefully they can solidify that and come again strong. Of course, you talk about Haaland and what quality he has… but I’m happy with Werner, thank you."