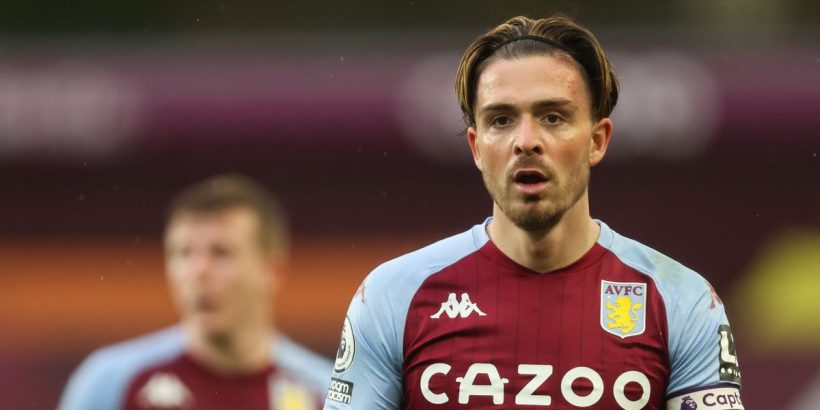 Aston Villa have reportedly opened talks with Jack Grealish over a new contract, amid interest from Manchester City.

Grealish has been heavily linked with the reigning Premier League champions, with manager Pep Guardiola a keen admirer of the Villa captain.

However, Villa are adamant that the player is not for sale, with the Mirror reporting that they have informed Grealish's representatives that they do not want to let him go.

The report also states they have opened talks with Grealish about a contract extension, just nine months after he signed a bumper five-year deal.

Currently on international duty with England at the Euros, Grealish will not make a decision about his future until the tournament is over. Meanwhile, Villa have had an improved £30m bid for Emile Smith Rowe rejected by Arsenal, with the 20-year-old yet to agree terms on a new deal with the Gunners.

It is also claimed that Villa are set to continue their pursuit of Smith Rowe, as they look to continue strengthening in the final third.

They have already signed Emiliano Buendia from Norwich this summer and their interest in Smith Rowe is not thought to be down to the speculation over Grealish's future. It is claimed that Villa are keen to bring in more attacking talent in a bid to ease the burden on their captain, having won just three of their 12 games when he was out of action with a shin problem last season.

Southampton star James Ward-Prowse is also said to be on Villa's radar and former England goalkeeper Paul Robinson believes the midfielder could be tempted by a switch to Villa park.

Speaking to Football Insider, Robinson said: "Southampton normally sell their best players on but Ward-Prowse is so established there though so in this case it could be different.

Would Jack Grealish be a good signing for Manchester City? Comment below

"He would be a great signing for Aston Villa though and in truth, Villa are moving forward faster than Southampton. They are a bigger club as well.

"If he moved I think it would enhance his international opportunities and for that reason I think it is a move the player will try and push through.

"Southampton will not want to do business but they are a club that will do business at the right price, of that I’m sure. I think Villa can get the deal through if they are willing to pay."