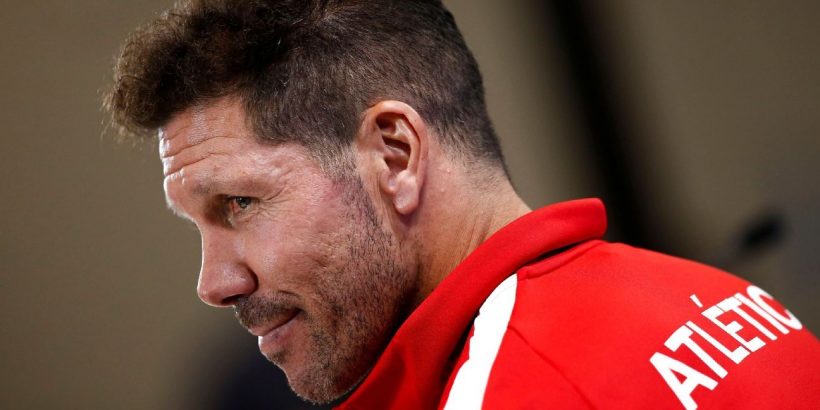 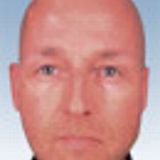 Graham Hunter is a Barcelona-based freelance writer for ESPN.com who specializes in La Liga and the Spanish national team.

The first time Diego Simeone faced Chelsea as manager of Atletico Madrid, it earned him a raise of several million euro, extra years on his contract and a place in the Champions League final. None of the above will be on offer on Tuesday when Los Rojiblancos host the club from Stamford Bridge, albeit in the Romanian capital of Bucharest due to the COVID-19 pandemic.

The raise and the new contract came because, as is his wont, Roman Abramovich saw something shiny, cool and attractive and immediately tried to acquire it. It was the 2013-14 season. Then, as now, Atleti were making the strongest possible case to be Spanish champions. They’d just knocked Barcelona out of the Champions League, registering Simeone’s first win over the Blaugrana as a coach (he had to wait until earlier this season, nearly seven years later, to achieve his first Liga win over them), and the semifinal draw had kept Atleti and Real Madrid apart.

Jose Mourinho (probably still “The Special One” back then rather than “The Special Once”) was Chelsea’s head coach, and with two Champions League medals plus a Europa League win to his credit, was a strong favourite to put this Argentinian manager back in his place.

Chelsea had coaxed Mourinho to return from Madrid, where he’d handed Simeone, in his debut Atleti season, a couple of “Welcome to Spain” defeats (aggregate 4-1) before he responded with typical aggression by winning the Copa del Rey final against Mourinho on the occasion of his last game in charge of Madrid — and at the Santiago Bernabeu, for good measure. Three goals, extra time, the rules of football not only stretched to breaking point by both sides but — as two red cards were shown to Gabi and Cristiano Ronaldo — chewed up and spat out. Atleti packed the big old trophy in their kit bag and spirited it off out of Madrid HQ.

This would be quite different.

Mourinho’s team fought out a 0-0 draw at Atleti’s old Estadio Vicente Calderon fortress (it’s now mere rubble and a site awaiting development, which is a pity) and with just 53 minutes of the tie left in London were leading 1-0 — ironically enough via Atleti fanatic and one-time teenage captain Fernando Torres. But that Colchonero side was a different breed from this one, and, it’s still up for argument, so was Simeone.

They hit back for 1-1 before half-time, added two more — including a massively delayed penalty that Diego Costa eventually slotted home with abundant glee — and qualified for what would be the ultra-dramatic, uber-painful 2014 Champions League final in Lisbon. Against Madrid. You know what happened next.

From the moment Abramovich had bought Chelsea in 2003, he had coveted something Atleti had from birthright. It was to do with their name. Abramovich had always believed that, for commercial and tourism reasons, any team that didn’t already have the name of their city in its official title — Glasgow Celtic, Manchester United, Barcelona, Liverpool, Paris Saint-Germain — should have that city name as an addendum: Atletico de Madrid, Bayern Munich, Inter Milan and so on.

The Russian billionaire had used UBS bankers to assess a possible purchase in Spain or Italy, including Atleti themselves, before deciding on Chelsea. He immediately created a working group to study two critical ideas: selling Stamford Bridge and moving to Wembley, and renaming his new toy “London Chelsea.”

Acquisitiveness, as opposed to the sack-replace-win-sack-replace cycle that has become the successful central motif of his ownership, was high on Abramovich’s agenda in those early years. Wayne Rooney, as soon as he began scoring for Everton, was his first desire — “How much to we have to spend for that kid?” he demanded to know from his right-hand man, Eugene Tenenbaum. Then it was Ronaldinho; Abramovich coveted the bewitching Brazilian player from first sight and, famously, offered Mourinho, beginning his first spell in charge, the Barcelona forward as a welcome gift. Mourinho rejected it, partly to show the owner that he was in charge of first-team matters, but his demand to acquire Didier Drogba instead didn’t turn out too badly.

Abramovich, before the point when Atleti knocked Chelsea out of the Champions League on the verge of their third final since his 11-year investment in the club of several hundred million euro, also had tried to hire Sir Alex Ferguson at least twice. So when Atleti, once on his list of potential purchase targets, outplayed and beat the Blues in the last 50-something minutes of their 2014 tie, Abramovich wanted to acquire again. He instructed his recruitment staff to begin finding out what it would take to tempt this fiery, inspirational, super-intense Argentinian manager to make Chelsea as robust and as irresistible as Atleti were.

Contacts were made with Simeone’s sister, Natalia, who represents him, and Chelsea planted the seed that he, and his assistant German “Mono” Burgos, would take over in summer 2015. But Atleti pressed the Argentinian pair as tightly and intensely as the team, under Simeone, ever pressed opponents on the pitch. They promised more money, double in fact, five years added to Simeone’s deal (until 2020) and a review of the players Simeone wanted to bring in or have tied to the project via bigger contracts. By March 2015, the battle was won, temporarily: Atleti had fought off Abramovich.

But seeds like that, once planted, often regrow. When Abramovich sacked Mourinho halfway through the 2015-16 season, Chelsea still wanted to know whether the Man in Black (which remains Simeone’s matchday wardrobe to this day) would walk the line from Spain’s capital to England’s. Guus Hiddink was put in temporary charge, but Chelsea invited Natalia back to London — all of which Simeone made scrupulously sure that his employers were aware of, as he is a straight-shooter as far as honour and proper relationships with Atleti’s owners are concerned.

By that stage, the stakes were different. Simeone had a very winnable tie with PSV Eindhoven in the Champions League round of 16 a couple of weeks away. And as it proved, he’d go on to take Atleti to the final of that competition again — something that earned his club €70 million from UEFA. He also had worked his way to second in the La Liga title chase, just six points behind Barcelona. (Atletico would ultimately finish just three points off the top.) Good money had recently been invested in Yannick Carrasco, Toby Alderweireld, Stefan Savic, Filipe Luis, Thomas Partey, Oliver Torres, Jackson Martinez and Augusto Fernandez. The lure of staying was strong.

Moreover, try as he might, Simeone found that his English-language classes simply couldn’t help him master the language in which he’d crucially require to be fluent in in order to both coach, but just as importantly, transmit his beguiling, inspiring character if he were to take charge at Chelsea and pursue Premier League and Champions League domination. He already knew what Gary Neville only discovered at Valencia: work through a translator on the training ground and you often lose too much of what made you attractive to the club in the first place.

Just as a guide to how strong Chelsea’s, and especially Abramovich’s, conviction was about Simeone and his methods between late 2014 and again in early 2016 — when it was finally clear that they weren’t going to be married — look who was the next permanent appointment after Mourinho and then at the end of Hiddink’s caretaker stint. They went out and acquired his twin: Antonio Conte was almost indistinguishable from Simeone in attitude, concepts, intensity and winning mentality. Call him the Italian Simeone, if you wish; it isn’t far from a bull’s-eye description.

As fate wanted it to be, Conte’s Chelsea and Simeone’s Atleti locked horns in the Champions League (the last time these two Euro pretenders met) just months after the Italian manager gifted Abramovich his fifth Premier League title. Somehow, remarkably, the battle was actually beneficial for both sides.

At first glance, Conte and Chelsea were comprehensively the winners, knocking Los Colchoneros out on the last matchday of Group C in December 2017. But, and this is so typically Simeone, while Conte and Chelsea were then being thrashed 4-1 by Barcelona in the round of 16, European season in tatters, Simeone & Co. dropped down into the Europa League and won seven out of their next nine matches, including eliminating Arsenal, and won the tournament thanks to man of the match Antoine Griezmann’s brace in the 3-0 victory over Marseille in the final.

And, now, here they are again: Chelsea newly refurbished and significantly harder to beat under Thomas Tuchel; Atleti leading La Liga and Simeone recently contractually renewed on what’s probably the biggest salary for any coach in the world (around €20m a season) until 2024 — but the team suffering badly with injuries and a spate of COVID-19 absences.

What does the resumption of this long, bumpy story of affection from Chelsea toward one of Argentina’s great football men have in store for us this time? Tuchel’s side, you might well argue, start with form and momentum. But this “home” game is being played on the site of Simeone’s first trophy win in charge of Atleti: Bucharest’s National Arena, where, having taken charge of a moribund, characterless team at Christmas 2011, he inspired them to thump Marcelo Bielsa’s Athletic Bilbao 3-0 in the 2012 Europa League final.

Something similar on Tuesday evening would do nicely for Simeone.