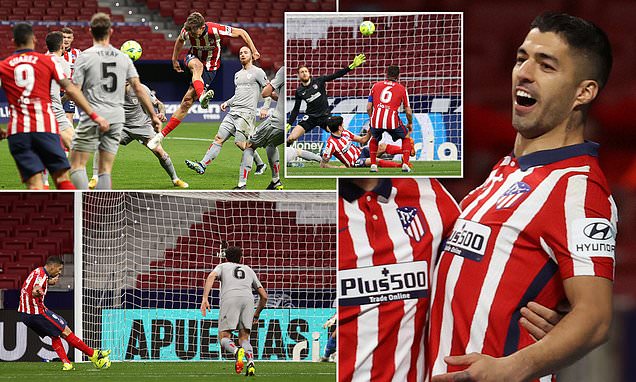 Suarez now has 18 goals in the domestic competition, only the best mate he left behind at Barcelona, Lionel Messi, has scored more. And the league is very much Atletico’s to lose with Barcelona and Real Madrid now relying on Diego Simeone’s side collapsing in the run-in.

Atletico made all the early noise and Felipe headed on to the post although he had been offside when the ball was played. But Athletic Bilbao’s slow start was deceiving and on 21 minutes, hardly without raising their voices, they were in front. 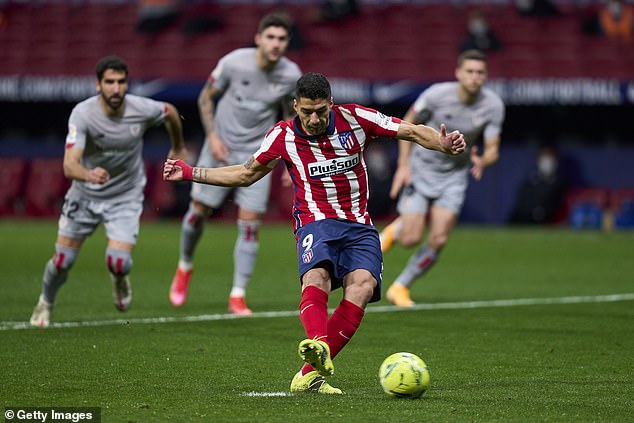 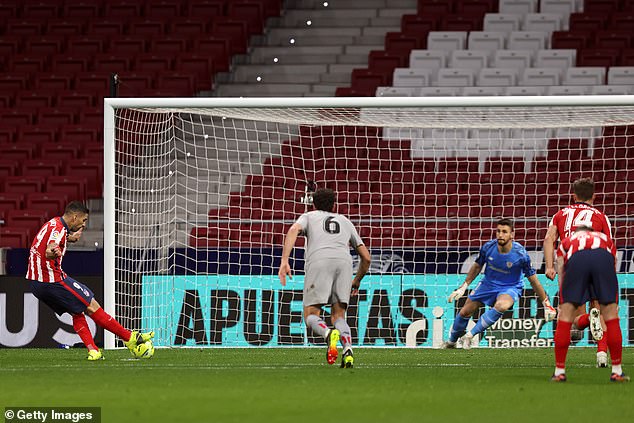 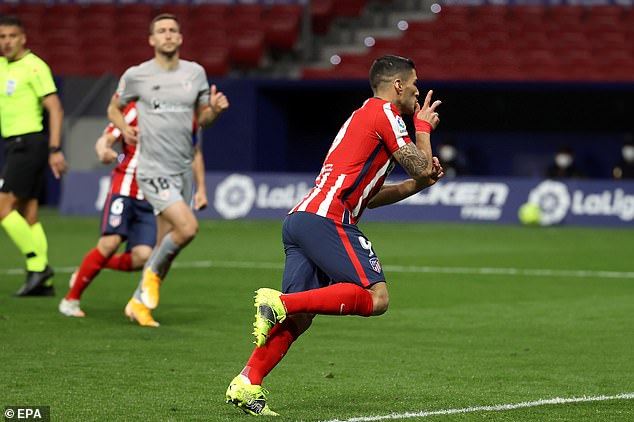 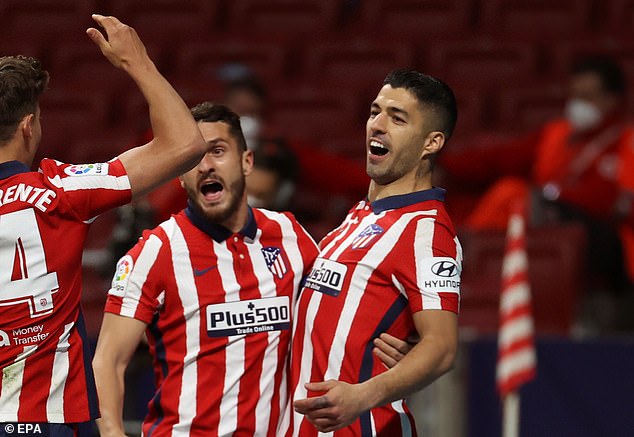 Inaki Williams ran between centre-backs Mario Hermoso and Felipe and crossed for Iker Muniain who bundled a shot past Jan Oblak. He struck it with his standing foot but not hitting it cleanly seemed to help it past the Slovenian keeper.

This was the 10th time in the last 11 games that Atletico had conceded in a game – not great from a team that conceded just six goals in the first 12 games of the season.

Yannick Carrasco led Atletico’s attempts to get back into the game but his two shots from outside the area were both comfortably saved by Unai Simon. Just as it seemed Athletic would make it to the break in front Marcos Llorente headed Atletico level. 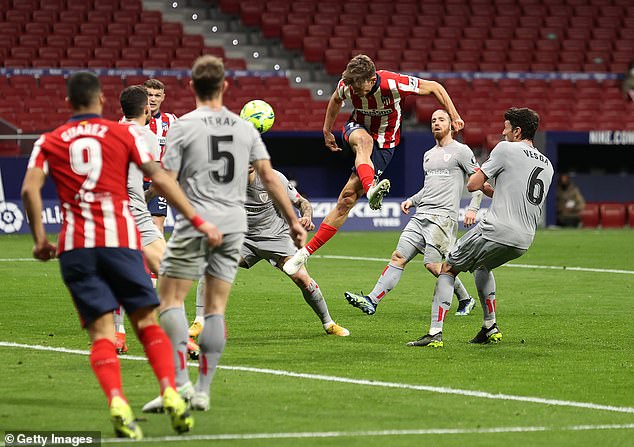 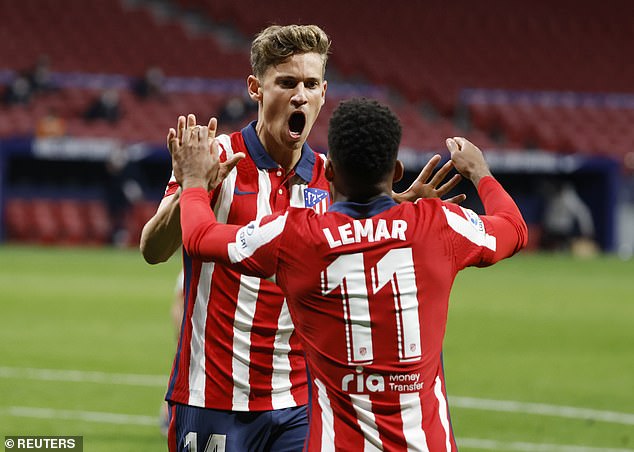 Thomas Lemar crossed from the left and Llorente rose to nod past Simon. The Athletic players were not happy about two minutes being added on to the first period but the hosts had made the most of the referee Jesus Gil’s generosity.

There was more generosity at the restart when Athletic centre back Unai Nunez dangled out a leg as Suarez turned him in the area. The Uruguayan forward’s ankle was tapped and when he went down the penalty was given.

He picked himself up to send it past Simon – 2-1 and now 18 goals for the season for Suarez. 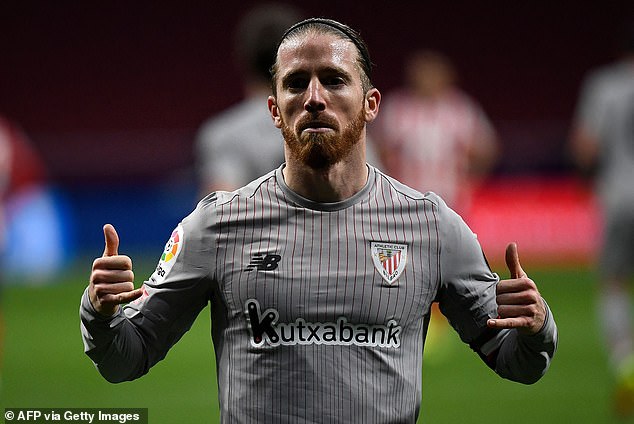 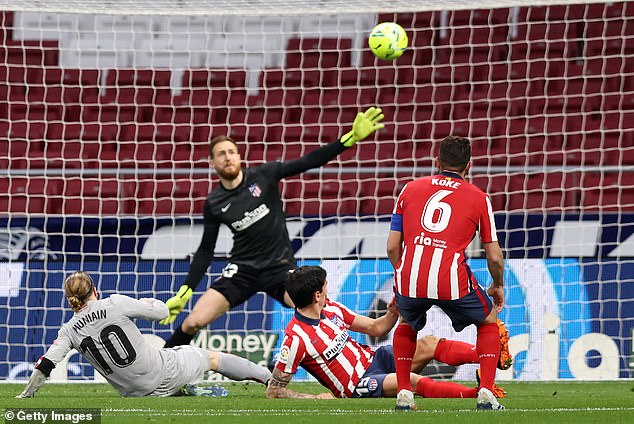 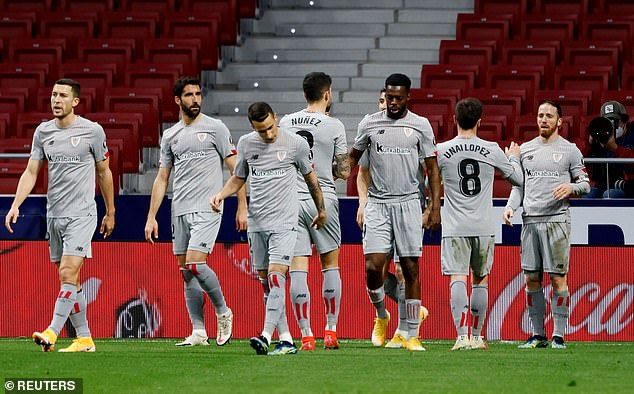 Atletico’s top scorer then crossed deep for the unmarked Carrasco but instead of trusting himself with a headed finish from some way out he tried to take the ball down on his chest. His control went long and the chance was gone.

Suarez was taken off with 20 minutes left as Simeone looked to hold what he had. The forward didn’t look too happy and neither would Atletico supporters have been. Atletico have conceded in the last five minutes of their last three games. They had now invited the visitors on to them.

Jet-heeled Llorente was still a threat and he raced clear on to Angel Correa’s pass but his pull back came to nothing. Nunez had the injury-time chance but he headed straight at Oblak and Atletico held on.