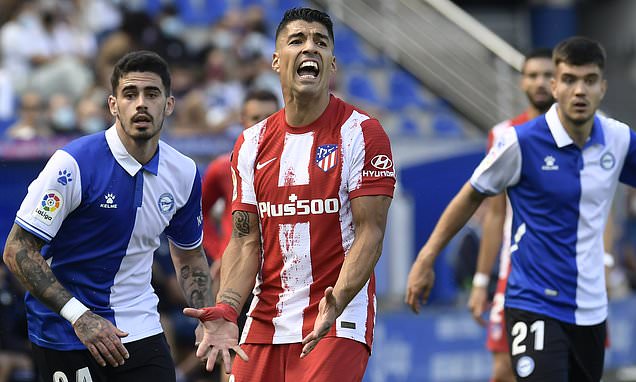 Diego Simeone was left stewing on the touchline as his reigning champions came undone when faced with a plucky Alaves.

A fourth minute strike by Victor Laguardia was enough for the hosts, who managed to dig in deep and see out the unexpected victories.

Controversial talisman Luis Suarez, who spearheaded last season’s title charge, was largely nullified and spent large portions of the afternoon pleading with the referee for decisions. 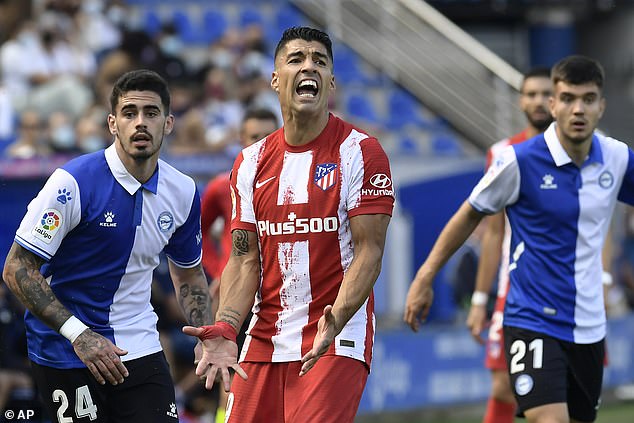 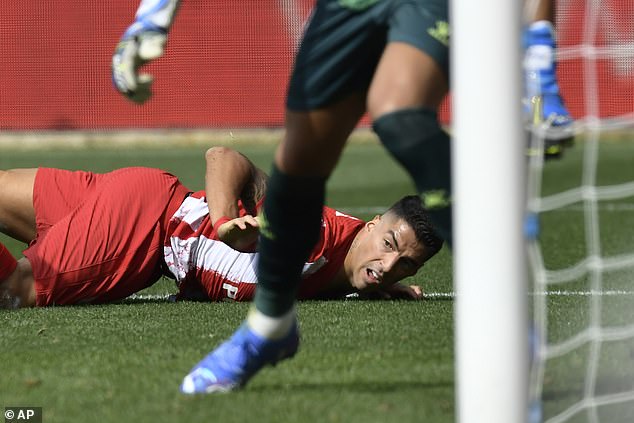 England international Kieran Trippier was seen attempting to rally his team-mates deep into the second half, but Atletico failed to make their opportunities count.

The reigning champions finished the match having had 13 shots, though rather tellingly only one was registered on target.

The result sees Atletico slip further behind in the title race, with city rivals Real Madrid now presented with a prime opportunity to push into open water.

As things stand Real top La Liga with 16 points – two greater than Atletico – and have the chance to extend this lead to 19 when facing Villarreal on Saturday evening. 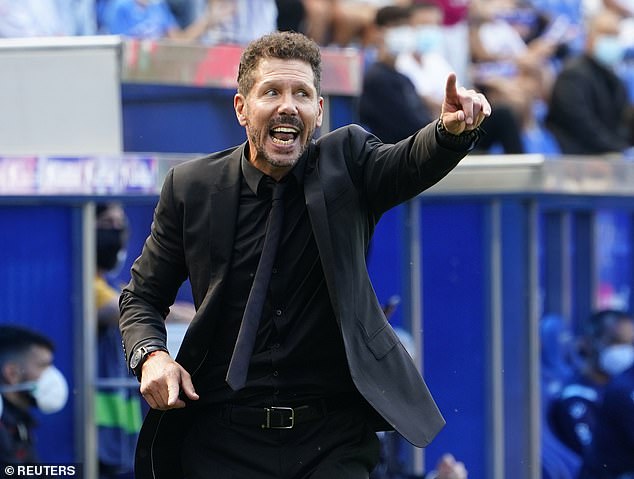 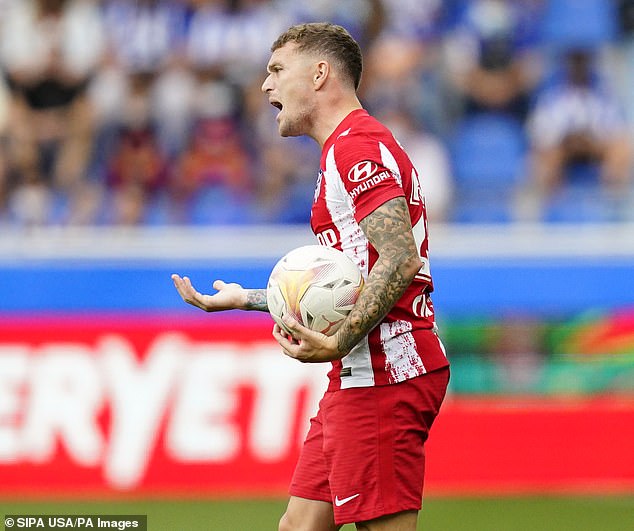 England international Kieran Trippier was seen rallying his team-mates, to no avail