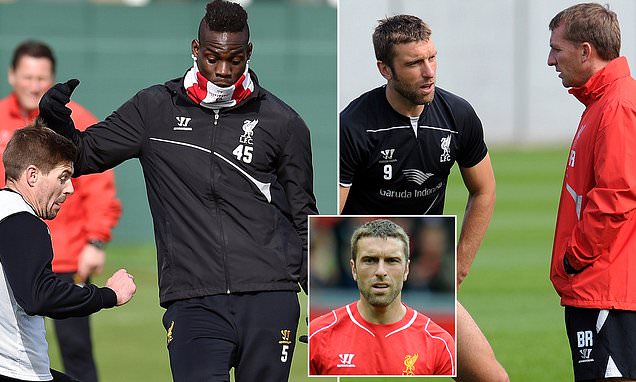 Mario Balotelli used to score OWN GOALS in Liverpool training on purpose, reveals former team-mate Rickie Lambert as the ex-Southampton striker opens up on his tough time at Anfield and how Brendan Rodgers wanted to sell him after five months!

Former Liverpool striker Rickie Lambert has opened up on his difficult spell at Anfield and how Mario Balotelli used to infuriate him during training sessions at Melwood.

Lambert joined the club he had supported as a boy in the summer of 2014 as part of the woeful spree by Brendan Rodgers – that also included Balotelli – in the wake of Luis Suarez’s move to Barcelona.

The former Southampton talisman struggled for first-team football though and made 36 appearances in his sole season with the Reds, scoring three times. 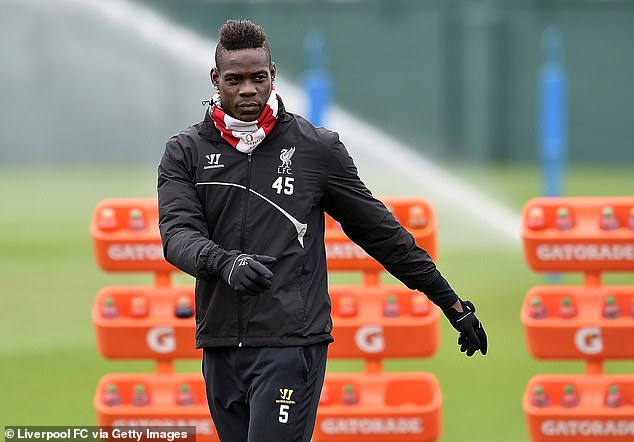 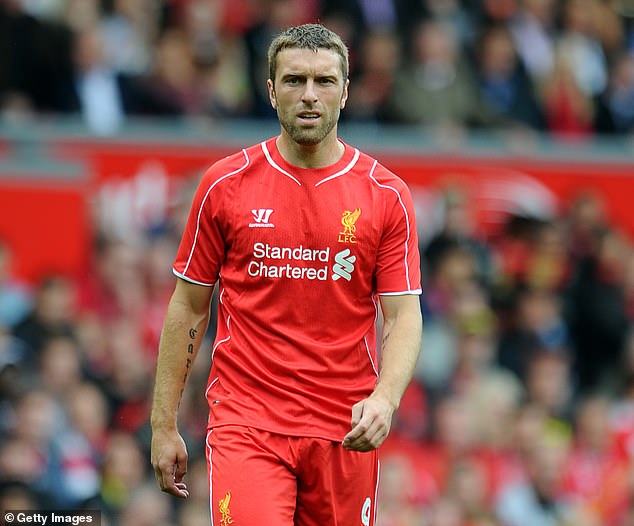 Lambert left for West Brom in the summer of 2015 but has now opened up on his struggles back on Merseyside, including how former Manchester City striker Balotelli used to score own goals in training if things weren’t going his way.

Speaking on the Straight From the Off podcast, Lambert said: ‘He (Balotelli) was a good lad, childish but infectious. But as soon as he stepped on the training pitch he became a different person.

‘I’ve never seen anything like it, to be honest. I was at the pinnacle of my time as a professional, so to come across him was just…

‘At first, he gave everything when he played. But in training, I could tell he wasn’t giving his all. He was answering Brendan back and my head went with that.

‘The fact that he was playing in front of me didn’t bother me at first, I thought “I’ll get myself in” but just seeing the way he was in training, and then he was playing, it did affect me a little bit.

‘My head went with him in training and I had to go in and say to Brendan “don’t put me on his team again”. I think Stevie had said the same.

‘His head would just go. If it wasn’t going his way, he would just ruin the session basically. He’d kick the ball away, score an own goal. 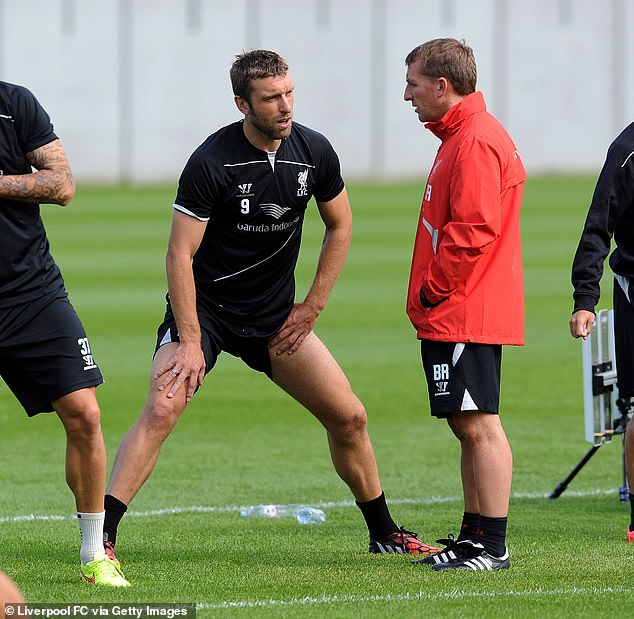 ‘I was speaking to Joe Hart and the lads at England and they were like “he was like that at City”. I’d ask them “how did he get away with it?”. They just shook their heads.’

Lambert failed to produce the goods in attack for Rodgers and, in the final few months of that season, he decided not to play with a striker and instead used Raheem Sterling in attack.

Lambert also revealed that the current Leicester boss wanted to sell him just months after bringing him in.

He added: ‘We played Basel at home, and I was terrible. I couldn’t really feel my legs, I didn’t have the little burst I’d had my whole career.

‘Shortly after, Brendan pulled me and said “[Alan] Pardew has come in for you”. He was the Crystal Palace manager at the time. This was December, and he said “I think you should go in January, because I can’t promise you any game time here”. 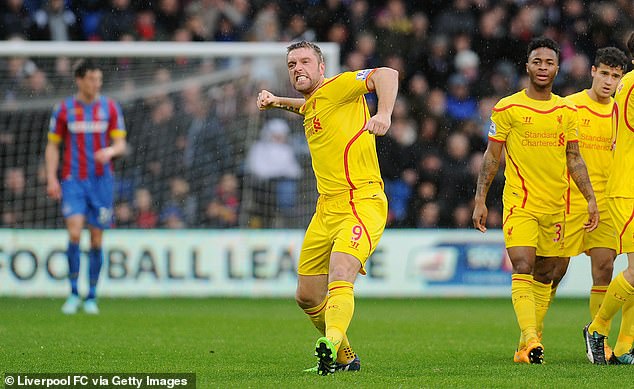 Lambert made just 36 appearances in his sole season with the Reds, scoring three times

‘I didn’t really think about it. I said “I’ve left Southampton to join Liverpool, and you want me to join Crystal Palace after five months?! Why would I do that?

‘I basically told him no, and I didn’t play then. He changed the system, played Sterling up top and I literally didn’t touch the ball for about three-and-a-half months.

‘That was a really tough time. Aston Villa came in at the end of January and I was very close to joining, but I always thought “I’ll turn this round”. But with not playing, my fitness was getting worse and worse, and I couldn’t affect anything.