Patrick Bamford believes Leeds have shown they can cut it with the Premier League’s very best sides after giving Liverpool an almighty scare on the opening weekend of the new season.

Leeds were just two minutes away from claiming a point with a 3-3 draw on Saturday evening before losing to a late Mohamed Salah penalty.

Marcelo Bielsa’s side had more possession than Liverpool at Anfield and scored from their three shots on target, including one from Bamford himself. 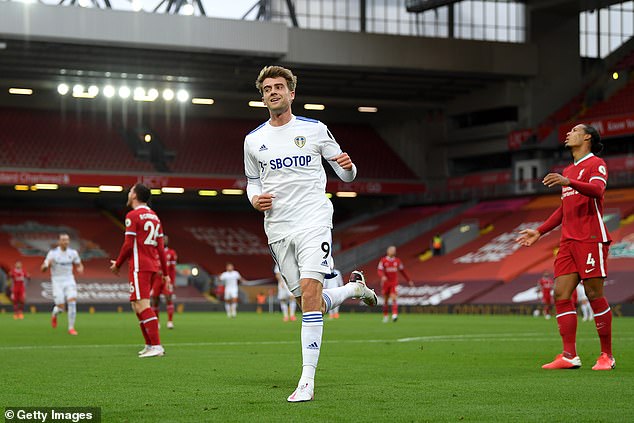 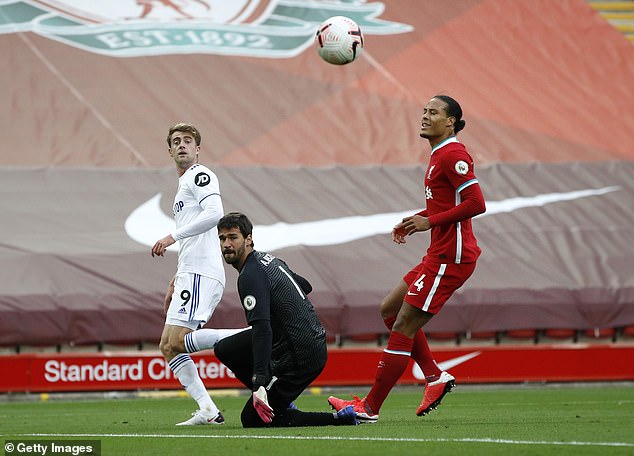 And despite their heartbreaking defeat, the striker feels they answered many of the questions put to them ahead of their return to the top flight after a 16-year absence.

‘We showed a lot of character to keep coming back when we went behind,’ Bamford said.

‘We showed that we can compete with the best of the best.

‘We’ve kind of shown to ourselves that we need to be 100 per cent on it all the time because any slip-up in the Premier League you get punished. 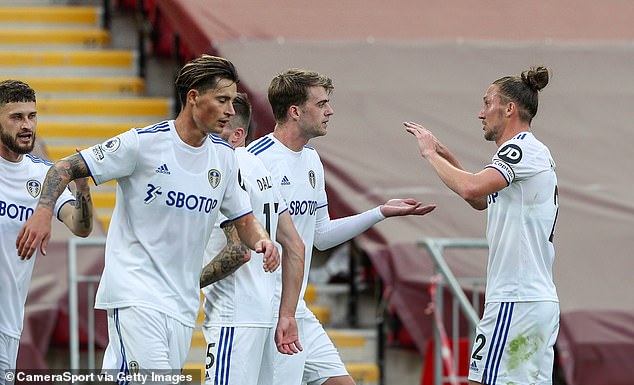 ‘We’re disappointed we didn’t come away with anything and I think we’ve learnt a few lessons, but we’ve also shown a few positive signs.’

Bamford, 27, too had doubters to silence and appeared to do just that by scoring on his Premier League debut for Leeds, his 26th league goal in 65 appearances for Leeds.

The former Chelsea forward had netted just once in 27 top-flight appearances with Crystal Palace and Middlesbrough. 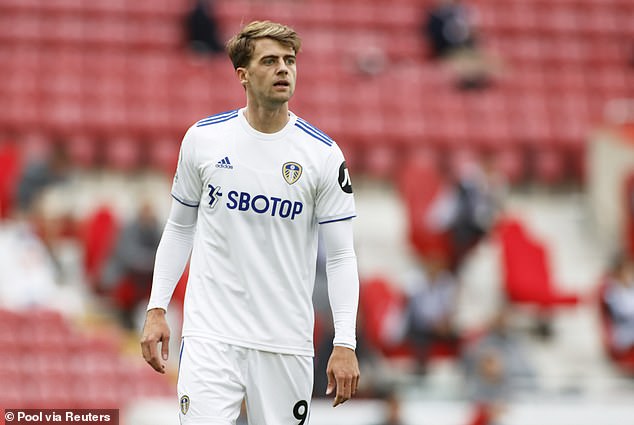 But he admitted he should have doubled his tally from the outing after spurning a golden chance before he struck to make it 2-2.

‘I should’ve scored before, but it’s always nice for a striker to get off the mark straight away,’ he added.

‘I should’ve hit the first one instead of taking it round Alisson, so I’m kicking myself for not getting two.’