Summer signing Arthur is expected to play a key role for Barcelona as they take on fierce rivals Real Madrid in the first El Clasico of the season, according to the Spanish press.

The Brazilian has worked his way into Ernesto Valverde’s starting 11 recently, playing each of their last four games in all competitions.

Mundo Deportivo believe that the 22-year-old will be an important player for Barca when they host Real on Sunday, looking to inflict more misery on Julen Lopetegui’s side, who would fall seven points behind Barca with a defeat. 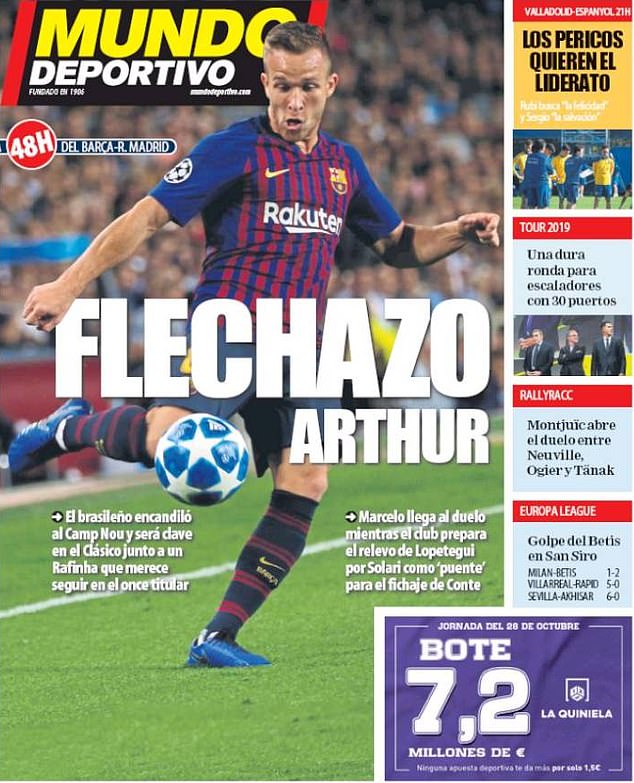 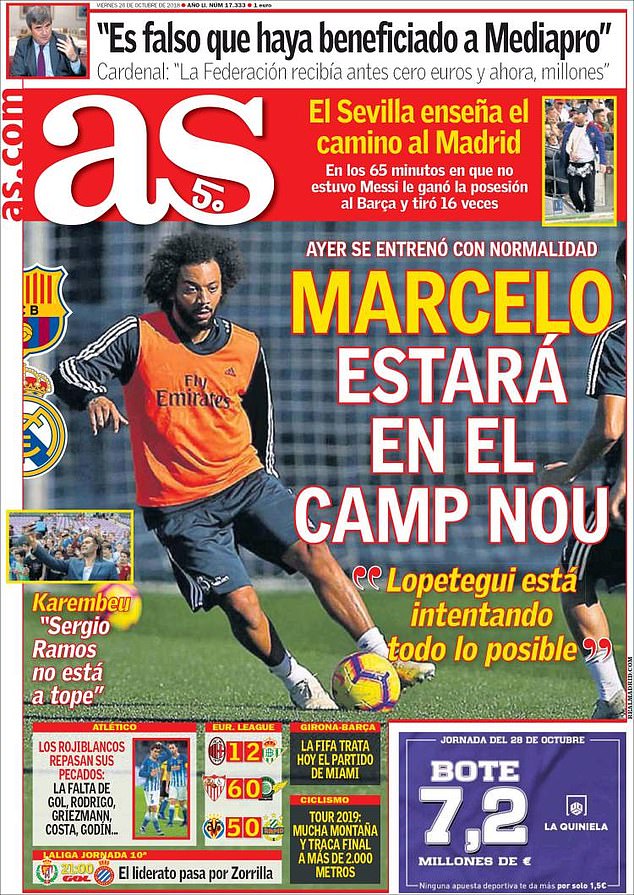 Sport report that Valverde will stick with the same team that beat Inter Milan 2-0 in the Champions League on Wednesday night.

Rafinha will keep his spot alongside Luis Suarez and Philippe Coutinho, after coming in for Lionel Messi on Wednesday night and opening the scoring in the first half. 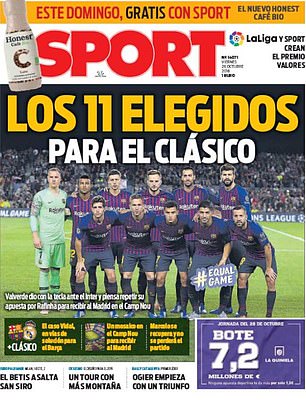 Barca will be unchanged from the Inter game

Mundo say that he deserves his spot in the starting line-up after an impressive display.

El Clasico veteran Marcelo will be fit to play for Real Madrid as they look to cause an upset in Catalan, according to AS.

The full-back was on the end of a heavy challenge near the end of Real’s victory of Viktoria Plzen in the Champions League, but that will not stop him taking part in the biggest game of the La Liga season so far.

They also say Sevilla showed Madrid the way to play last week, pointing to the fact that after Messi went off injured on 15 minutes, they caused Barca plenty of problems and looked like they might force their way back into the game.

Sergio Ramos’ importance to Lopetegui’s side is emphasised by Christian Karambeu too, who says the captain ‘has not been there’ yet this season.

MARCA are not concentrating on the big game yet, although they do suggest there is a conspiracy to save Lopetegui from the sack at the Bernabeu. 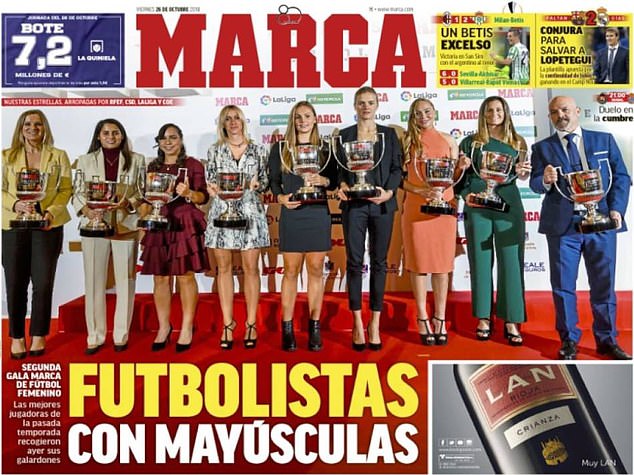 MARCA’s focus is elsewhere, although they do suggest Julen Lopetegui could be saved