‘Leo is at the point where he might be available’: Barcelona boss Ernesto Valverde claims Lionel Messi could feature against Inter Milan just over two weeks after breaking his arm

Messi was a surprise inclusion in the squad list as he was expected to be out of action for three weeks after breaking a bone in his right arm on October 20.

The Argentine forward returned to training last week and may be able to help Barcelona secure progression from Group B on Tuesday at the San Siro. 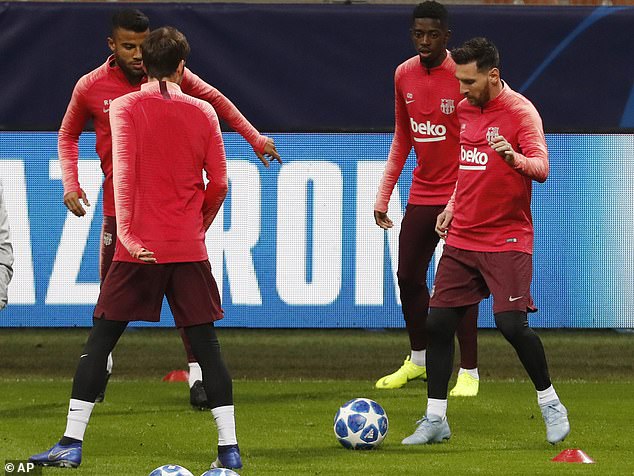 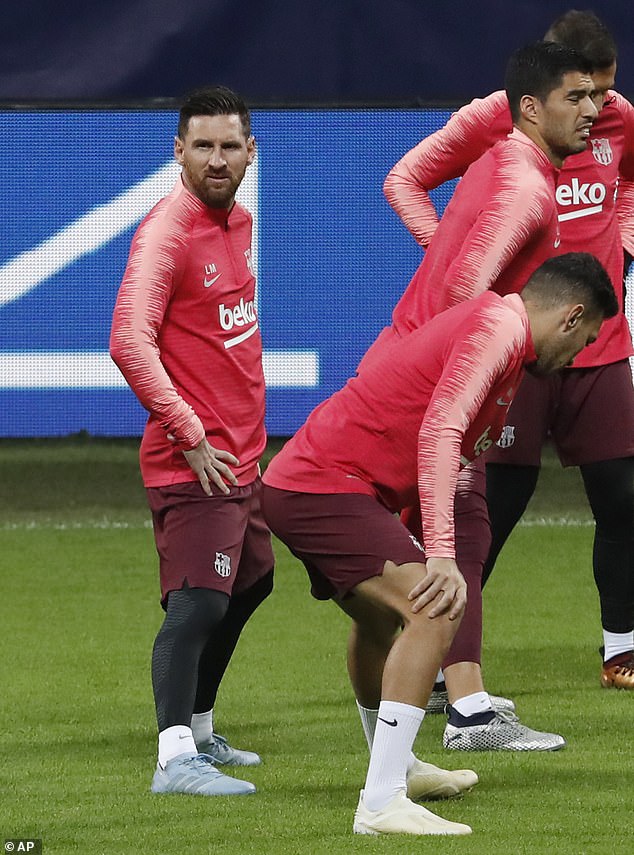 Messi could feature against Inter Milan in the Champions League, claims Ernesto Valverde 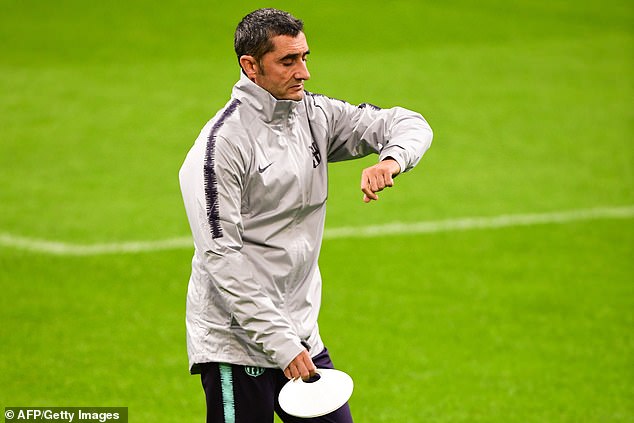 ‘Leo is at the point where he might be available, but we have to wait for the training session. We have to see if he’s safe to play,’ Valverde told reporters on Monday.

‘In terms of his play and his movements, he’s fine. We have to wait. … It’s always better if he’s there. Of course it’s necessary to get Messi back as soon as possible.

‘There are three or four possibilities. One is that he plays from the start, or he comes on, or he goes off. What we won’t do is take any risks.’ 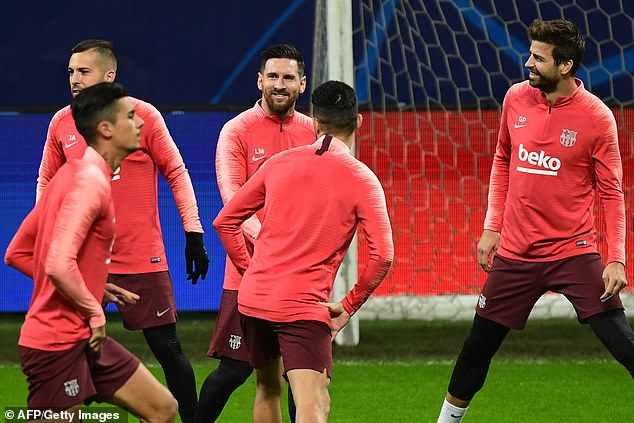 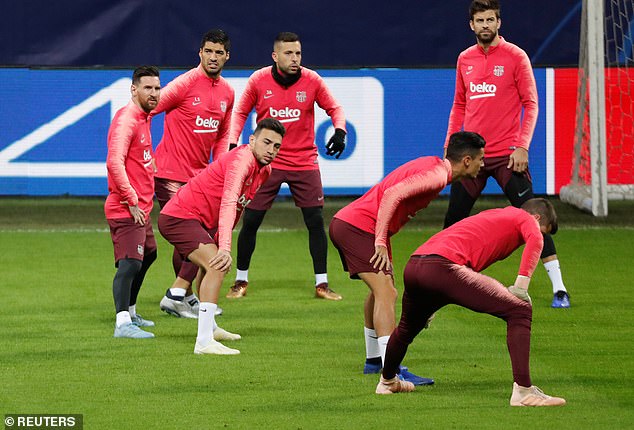 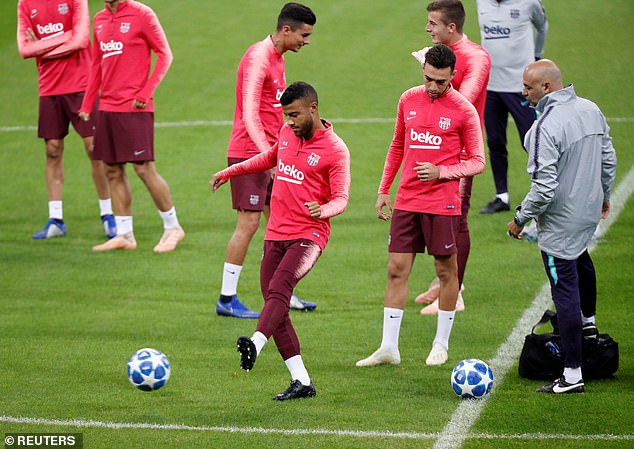 Barcelona train on Monday night in the Italian capital, after which Messi may receive his medical clearance from Barcelona’s doctors.

‘I don’t know if (Messi) will play tomorrow but I am happy he is back with us,’ added versatile Barcelona midfielder Sergi Roberto.

‘It’s clear that we were worried about his absence, he’s the best player in the team and in the world.’

Barcelona won the four games they have played without Messi, including beating Inter Milan 2-0 at the Nou Camp and thrashing Real Madrid 5-1 in La Liga. 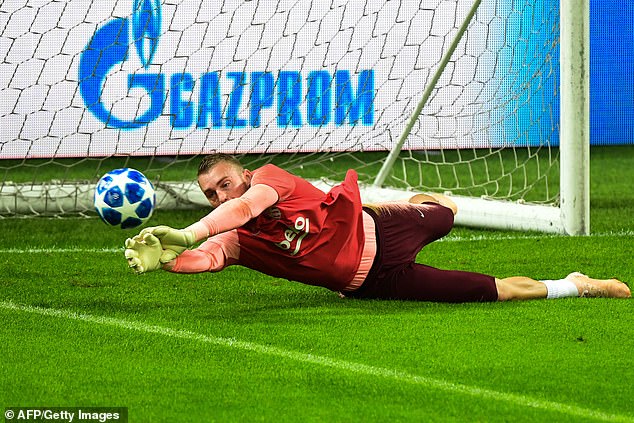 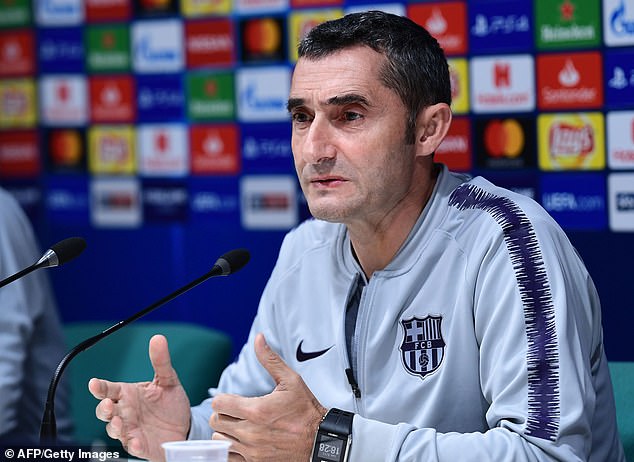 Valverde spoke to the media at the San Siro, where he was questioned about Messi 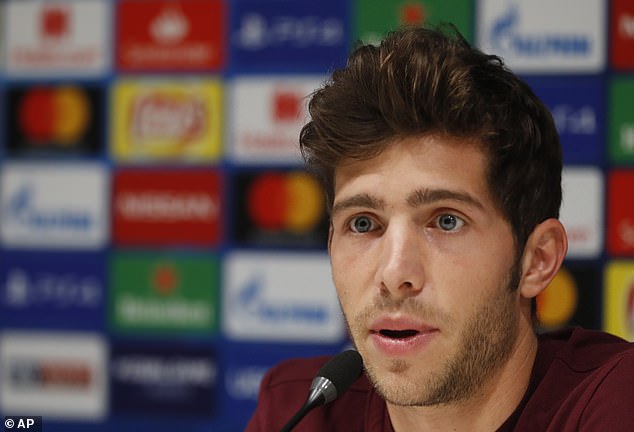 Talking about Messi, Sergi Roberto said Barcelona ‘were worried about his absence’