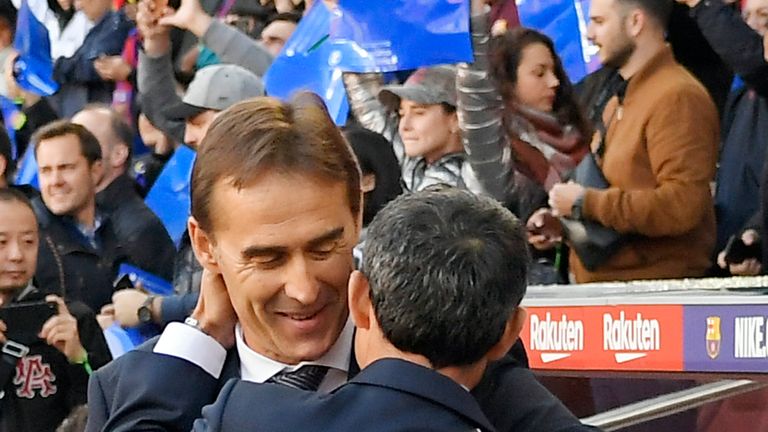 Barcelona head coach Ernesto Valverde has defended his Real Madrid counterpart Julen Lopetegui after his side inflicted a damaging 5-1 defeat in El Clasico that leaves the Spaniard’s job hanging by a thread.

Luis Suarez scored his 12th Barcelona hat-trick as the Catalans returned to the top of La Liga with a crushing win over their fiercest rivals – their biggest victory in the fixture since November 2010.

Madrid briefly fought back when Marcelo halved the arrears, but after Luka Modric hit the post, the visitors collapsed in the final 15 minutes to leave them languishing in ninth place.

Despite the mounting pressure on Lopetegui, Valverde said after his side’s impressive win: “I don’t like any coach to get sacked, not Lopetegui, not the Huesca coach, not Granada, and not Barca, of course.

“We know that some moments can swing games, balls can hit the post. But we also must enjoy a win like this against Madrid. 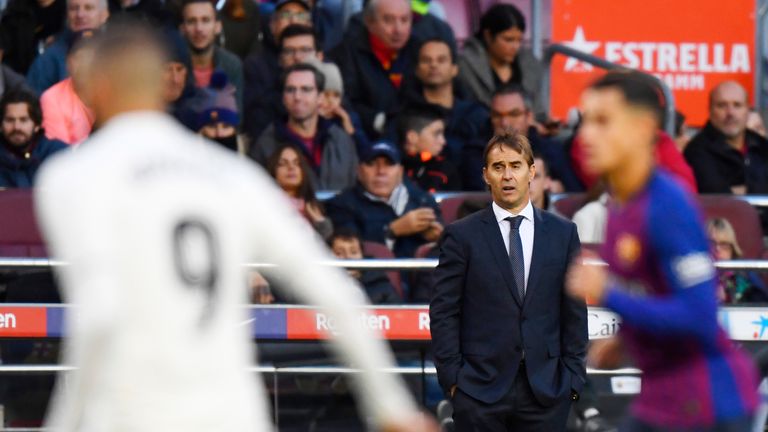 “To be honest, I was expecting a win, but not such a result.”

This was the first El Clasico without the injured Lionel Messi and the departed Cristiano Ronaldo, and Barcelona were too strong for their rivals, taking the lead as early as the 11th minute through Philippe Coutinho.

Suarez then converted from the penalty spot after being fouled by Raphael Varane before Marcelo scored his third goal in as many games as Real flickered into life. 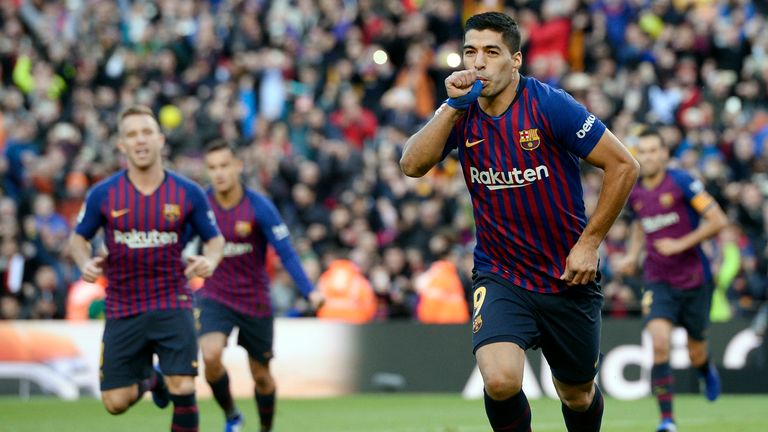 But Suarez scored twice in the space of eight minutes to take the game away from Real, and substitute Arturo Vidal scored his first goal for the club in the final three minutes to seal a memorable win.

Sergi Roberto provided two assists in Messi’s absence, and Valverde added: “Everyone wondered how we would respond without Messi. And we did it the only way possible: as a team.

“With Messi back, we will be so much better than this. Sergi is a gem for us. he can play in many positions, he has an incredible quality and attitude.”