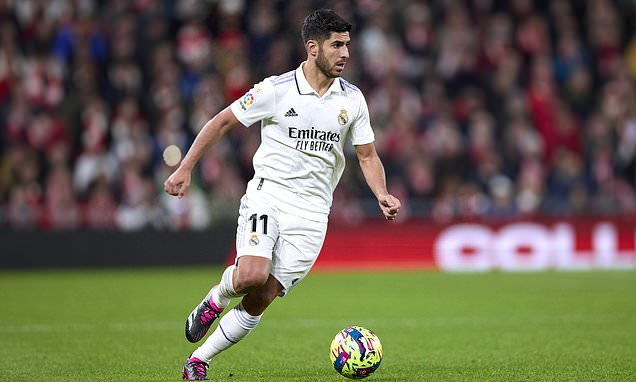 Barcelona are reportedly interested in landing Marco Asensio from Real Madrid on a free transfer this summer.

Asensio’s deal at the Bernabeu runs out at the end of the season and his future heading into the following campaign is uncertain.

But according to Sport Barcelona have emerged as contenders to sign the forward following his recent change of agent. 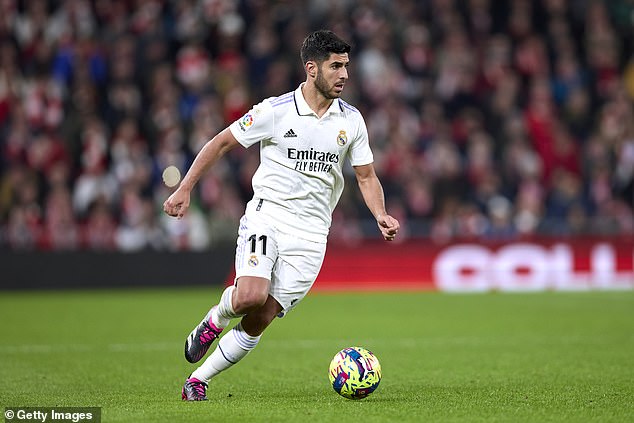 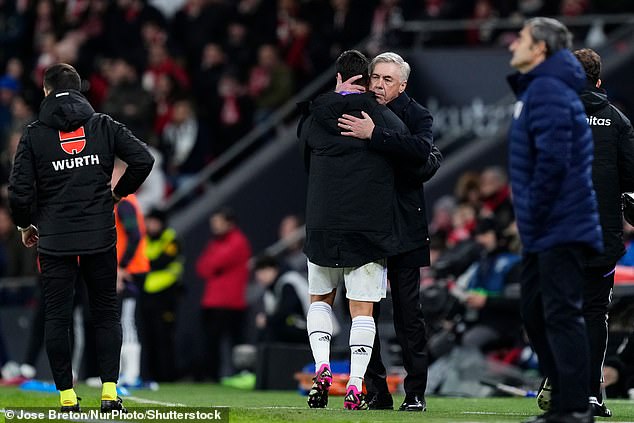 A few months ago, Asensio ditched his long time agent Horacio Gaggioli to pair up with Jorge Mendes.

Although Mendes has many Premier League contacts he is also associated with Barcelona and through this link the Spanish league leaders and Asensio have been in talks over a possible move to the Nou Camp.

However, the Spain international has also not ruled out the possibility of staying at the Bernabeu and Madrid have offered him a new deal. 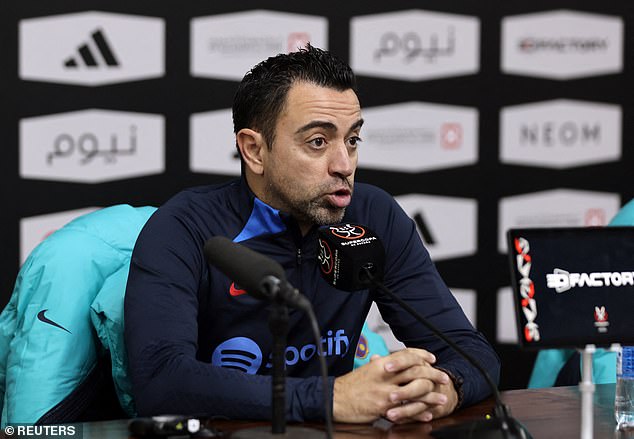 Barcelona, who are managed by Xavi, are in reported talks over a move for the forward

However, that deal is thought to be lower than the demands of the 27-year-old who has been on the books at the club since 2014.

He is also becoming of decreasing importance to the Madrid first team and although he has made 12 first-team appearances in LaLiga this term, he has only started three games.

One of those was at the weekend however where he produced an assist as Madrid triumphed 2-0 at Athletic Bilbao.