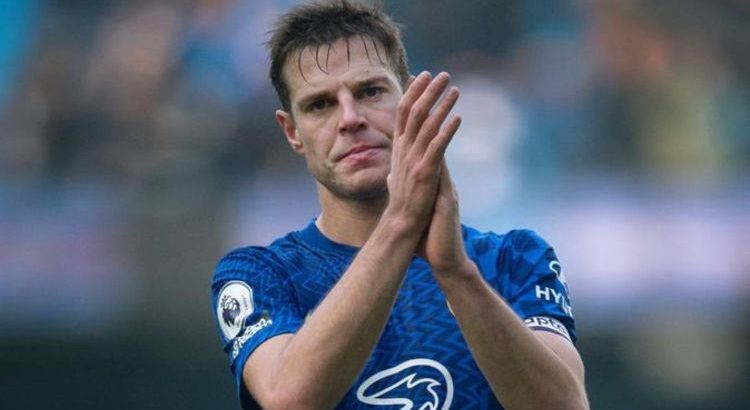 Barcelona are edging closer to signing Chelsea captain Cesar Azpilicueta on a free transfer in the summer, according to reports. Azpilicueta is among a trio of Chelsea defenders who are out of contract in July and is being targeted by Barca, who are undergoing a rebuild led by new manager Xavi.

The Spanish defender has been at Chelsea since 2012, when he signed for £7million from Marseille.

He has gone on to make 456 appearances for the Blues in all competitions, establishing himself as a modern-day club legend.

But there has been ongoing uncertainty about his future at the club, with his current deal set to expire on June 30.

While Thiago Silva has committed himself to Chelsea by signing an extension, Azpilicueta, Antonio Rudiger and Andreas Christensen all remain free to speak to other clubs.

JUST IN: Conte’s £96m Chelsea exodus hints at his priorities as Tottenham boss

Transfer journalist Fabrizio Romano reports that Barcelona have entered talks with Chelsea to sign Azpilicueta as a free agent this summer.

Barca want to sign the 32-year-old defender on a two-year contract, with the option of a third, and Chelsea are waiting for Azpilicueta to communicate his decision.

Spanish outlet El Chiringuito reports that the deal is already done – and quotes from Azpilicueta earlier this month suggest a departure is a real possibility.

“As I always said, I feel I have the trust and confidence of the club and now I am focused on every game,” he said.

“They are very tough games, and I am enjoying the moment. Eventually the moment will come, but I am fully focused on hopefully getting as many trophies as we can and then we will see.

“I cannot say anything more than that I am really committed and have a lot of things ahead in the coming months and hopefully we can have a very good season.”

Azpilicueta might not be the only Chelsea defender to join Barca this summer, with the Catalan giants also eyeing a deal for Christensen.

Much like Rudiger, the Danish centre-back is keeping his options open and is being considered by Barcelona and Bayern Munich.

According to Goal, Bayern are keen on Christensen due to the fact that Niklas Sule looks set to leave the German club in the summer after rejecting the offer of a new contract.

“We are waiting since a long time now for confirmation,” he said in December.