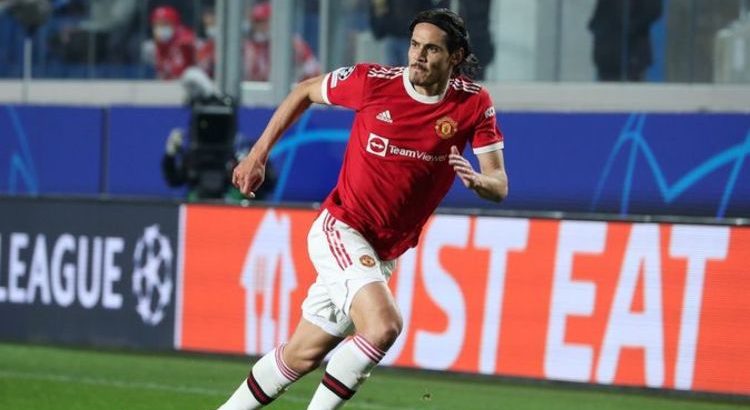 Cash-strapped Barcelona are reportedly working on a deal to lure Manchester United striker Edinson Cavani to the Camp Nou in the January transfer window.

The Catalan giants have currently rebuilding under new boss Xavi, who will make tentative efforts to overhaul his playing squad in the New Year despite the club’s well documented financial issues.

Barca are still adjusting to life without Lionel Messi and suffered a further setback this month with Sergio Aguero’s health problems – with some reports indicating that his heart issue could force the Manchester City legend to cut his iconic playing career short.

The absence of that duo have hampered Barca’s goal tally so far this term; something that Xavi is seemingly desperate to amend as soon as the opportunity presents itself.

And according to a new report from Fichajes, the Barca boss has set his sights on prising Cavani away from Old Trafford in 2022; just months after the Uruguayan star was persuaded to extend his stay in England.

Ole Gunnar Solskjaer enticed Cavani to commit to another year at United in the summer, despite his intentions to remain in the Premier League for just one year. But Solskjaer has now left the club – which could mean Cavani is open to a move.

Despite talking Cavani into staying, Solskjaer has scarcely used the veteran this year. The 34-year-old has started just two Premier League games this term – although Solskjaer did start Cavani in the 3-0 win at Tottenham earlier this month, which was, at the time, a must-win game.

Although a lack of minutes could mean Cavani is tempted by a move to Spain, any potential move is likely to be complicated by the arrival of Ralf Rangnick, who is seemingly closing in on a six-month interim role at Old Trafford.

Barca’s hopes on striking a cut-price deal for the striker is likely to hinge on Rangnick, who will have to make a prompt decision on whether or not Cavani will feature in his plans going forward.

Given that Barcelona are still hamstrung by financial issues, any deal for Cavani would also rely on United playing ball over a deal for the former Paris Saint-Germain striker.

The club will be unable to spend anything on signings in the New Year unless they can move players on first.

However, the unfortunate situation surrounding Aguero could see Barcelona have an available slot in their squad which could realistically be filled by Cavani, who would be offered a six-month deal with a year-long option for next year’s campaign.