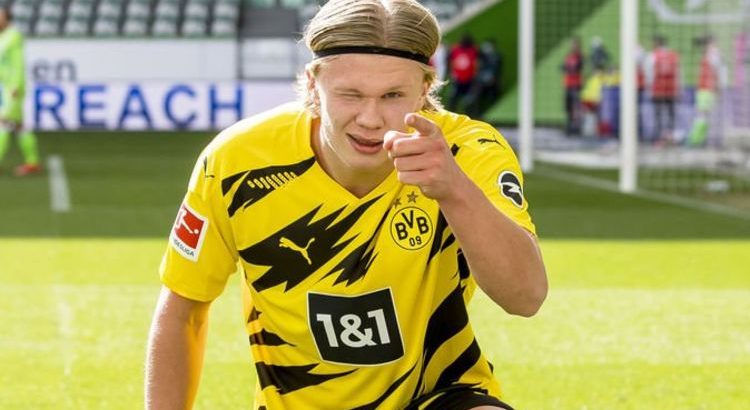 Barcelona have reportedly made the opening bid for Borussia Dortmund star Erling Haaland. Norway striker Haaland is attracting interest from top clubs across Europe after scoring 37 goals in 38 appearances in his first full season at Dortmund. Manchester United, Chelsea and Manchester City are the Premier League sides keen on signing the 20-year-old sensation.

However, that does not become active until the summer of 2022 and Dortmund have reportedly asked for up to £128.73m (€150m) if he were to leave in the next window.

The financial troubles of both Barca and Real put a move to Spain in doubt. 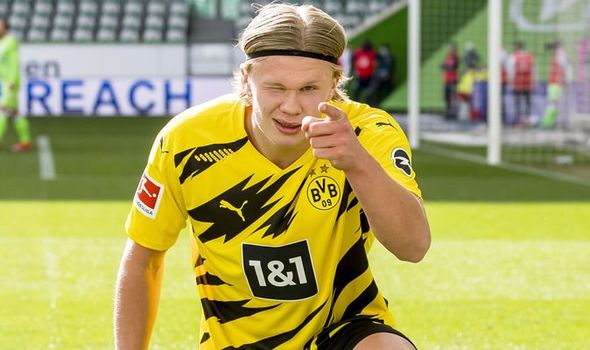 But Ian McGarry of the Transfer Window podcast says Barca president Joan Laporta has opened the bidding with an offer of £90.1m (€105m) for Haaland.

“Barcelona have made an initial bid that we understand to be €105m,” McGarry said.

“I suspect that it’s not a bid that they believe will be accepted by Borussia Dortmund, given the valuation of the player is probably upwards of €150m.

“However, as all negotiations do they start with a whisper rather than with a shout. 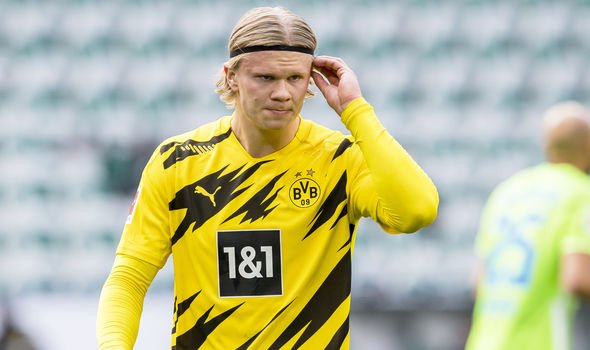 “[Laporta] has effectively made the opening shot if you like to Borussia Dortmund, with regards to trying to fund a deal.”

Real are only willing to pay the £64.37m release clause value for the striker.

“My information from inside Madrid is that they will not pay more than €75m for Haaland, that’s their position,” Castles said.

“They know the release clause is €75m in a year’s time, they’re not going to go over that.

“If Dortmund are ready to sell this summer, then they’ll say: ‘Here you go Haaland, if you can get yourself out for €75m, we’ll take you and you choose whether you want to come here, assuming we can’t do [Kylian] Mbappe’.”

Dortmund have reiterated their stance they will not sell Haaland this summer.

But the player’s agent Mino Raiola believes that could change.

Raiola told AS: “That’s what they’ve said. Now let’s see if that desire is still there through to the 1st of September.

“Today, the official stance of Dortmund is this. But I’ve got another view, I think that if a good opportunity comes up and everyone would be happy, we’ll put it on the table.”