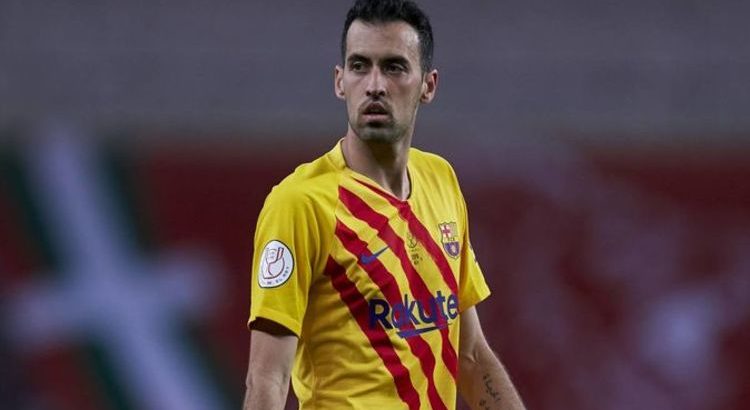 Barcelona’s financial crisis has taken another turn for the worse after four high-profile stars refused to take a pay cut, according to reports. Barca officials are working against a ticking clock to reduce the club’s expenditure ahead of the 2021/22 season and it seems as though they may have run into a serious problem.

Ronald Koeman missed out on the signing of Gini Wijnaldum, who joined Paris Saint-Germain from Liverpool, but things still seemed very promising.

With a fresh five-year deal reportedly agreed with Lionel Messi, Barcelona appeared to be making steady progress in rebuilding their squad for the upcoming campaign.

The Spanish giants reportedly have a whopping £1,003million (€1,173m) of debt and owe around £276m (€323m) in transfer fees and player amortisation payments.

That means president Joan Laporta needs to get around £171m (€200m) off the club’s wage bill just for the club to function next season.

A handful of fringe and youth players have been offloaded, but it is the likes of Ousmane Dembele, Antoine Griezmann, Miralem Pjanic and Philippe Coutinho they are desperate to get rid of in order to balance the books.

Buyers for those high earners have been hard to find, meaning Laporta and director of football Mateu Alemany have turned their attention to those they do want to keep.

The Barcelona hierarchy have been working hard to convince Jordi Alba, Gerard Piqué, Sergi Roberto and Sergio Busquets to agree to reduced terms.

But Catalan newspaper Sport reports that they have so far been unsuccessful and have ‘run into a wall’ with the players.

Laporta has returned from a trip to Israel on Wednesday and is set to hold crunch talks with the quartet and their agents as soon as possible.

According to ESPN, Messi has already agreed to a 50 per cent wage reduction, but considering he earned around £425m (€500m) over the previous four years, his renewal will still cost Barca huge sums of money.

La Liga president Javier Tebas has made it clear Barcelona will not be allowed to compete next season if they don’t comply with the league’s wage cap.

Their yearly spending has already been reduced from £510m (€600m) to £295m (€347m) during the coronavirus pandemic, but reports have suggested it could drop as low as £138m for the upcoming campaign.

That means every penny counts for Barca and the stubbornness of Alba, Piqué, Roberto and Busquets could jeopardize the club’s future.